This is an RAF Museum event organised in collaboration with Lancaster University’s Centre for War and Diplomacy. 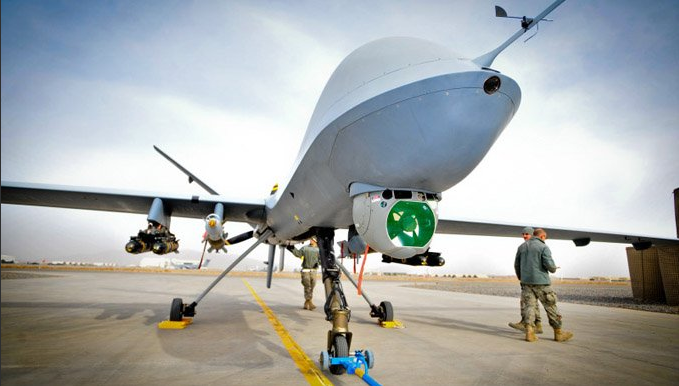 The use of air power, like any other military force, is now becoming increasingly complicated.  Missions are changing from the traditional ones exhibited in the interstate conflict of the 20th century and air forces are facing budgetary and personnel pressures in their attempts to maintain competency in the aeronautical sphere of operations.  Thus, we see an increase of intrastate wars, the use of air assets against terrorism, and we see air forces deployed to conduct military operations other than war—disaster relief, tracking illegal immigration, monitoring ceasefires and even surveilling for illegal human trafficking.

Further, the number and type of actors deploying air power has changed, as has the technology being used. Since the US led war on terror began after September 2001, we have seen the rise of unmanned aerial vehicles (UAVs) for both surveillance and combat operations. Moreover, the operators using these assets are no longer just air forces.  In the case of the United States, for example, it is the civilian Central Intelligence Agency that has been the lead agency using these aircraft.  In intrastate conflicts, the Yemeni civil war has witnessed armed groups using UAVs for attacks on Saudi oil installations.

Lastly, there is the realm of the improbable which all military forces face as a consequence of the new types of wars that have developed since September 11, 2001.  Each forward-thinking air force now has to consider to potential threat scenarios that are futuristic and, therefore, require some degree of planning.  The lecture will discuss how countries around the world are seeking to address these challenges.

This lecture is free of charge. Tickets for this event are being managed by Lancaster University. Booking is quick and easy:

Please note: Circumstances permitting, this lecture will also be available to watch remotely via the Museum’s Crowdcast Channel.

Amit Gupta is an Associate Professor in the USAF Air War College, Alabama. His writings have focused on arms production and weapons proliferation, South Asian and Australian security policies,  Conflict Resolution, Diaspora politics, popular culture and politics and, more recently, on the US-China rivalry and the impact of demography on US foreign policy.

His articles have appeared in Orbis, Asian Survey, Security Dialogue, The Round Table, and Mediterranean Quarterly. He is also the author or editor of eight books the most recent of which are:

Maritime Heritage and Challenges in the Indian Ocean and the Western Pacific, Howard M. Hensel and Amit Gupta (Eds.) Routledge, 2018.