At 12.30PM on Friday 11 March 2022, RAF Museum Curator Ewen Cameron will discuss Bomber Command’s use of Radio Navigations Aids during the Second World War. This free lecture will be hosted in our Cosford lecture theatre with a live audience. 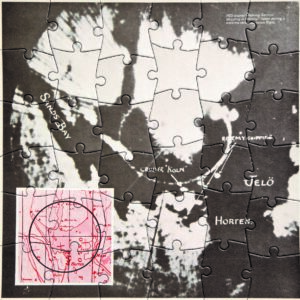 By 1941, Bomber Command knew it had a problem.  Post raid reconnaissance photographs were revealing much less damage to targets than crew debriefings were suggesting and the analysis of photos taken shortly after bomb release revealed that, at best, only one in three aircraft were dropping their ordnance within five miles of a target.  With so much invested in the production of a large bombing force it was essential to reverse the trend which had seen a steady rise in losses for little material damage to the German Reich.

The problem was not so much a case of hitting the target but of guiding the aircraft to the target. The classic navigational techniques of direct map reading, astro-navigation, dead reckoning and radio direction finding proved to be inadequate in the dark and frequently cloudy skies of northern Europe.  The answer lay in a number of radio and radar devices which from 1942 turned the fortunes of Bomber Command from being an irritant to the German war machine, to being one of the most destructive man made forces the world had ever seen.

This lecture will cover the five major radio navigational aids used by Bomber Command during its strategic bombing campaign against the Axis forces in Europe.  It will look at the development of these devices and explore their operational use.  It will also look at the tactics that were devised to exploit the introduction of these aids.

The lecture will take place in our Cosford lecture theatre on Friday 11 March 2022. This lecture will begin at 12.30PM.

Please Note: This lecture was originally scheduled for 10 December 2021.

Ewen Cameron is a Curator at the RAF Museum’s Reserve Collection. Ewen joined the RAF Museum as the Assistant Curator of Aircraft & Exhibits at Hendon in 1997 and then moved to join the Reserve Collection as Curator when it relocated to its new site at Stafford at the end of 1999.  Prior to that, Ewen worked as a Ranger with the Scottish Wildlife Trust followed by a placement with Doon Valley Heritage.

During his time with the museum, Ewen has built up a diverse knowledge base on a number of subjects including airframes, aircraft and engine systems, weapons and uniforms.  Ewen has had the opportunity to use this knowledge to help a wide variety of groups including other museums, military and archaeological organisations, aircraft restorers, law enforcement and media companies throughout the world.