This Virtual Lecture will be broadcast live at 6.00pm on Thursday 21 October and will be followed by a Q&A. You can register for free by visiting https://www.crowdcast.io/e/end-of-gent-war/register 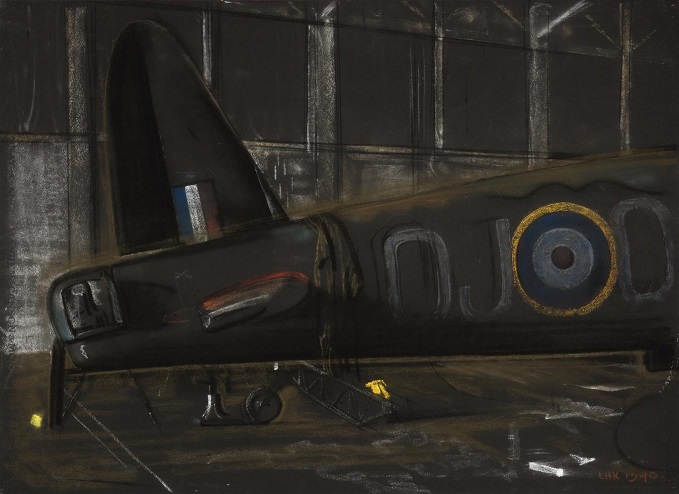 In a 1932 House of Commons debate, the Lord President of the Council Stanley Baldwin uttered his now infamous warning that “the bomber will always get through.” More notably, he went on to argue that “[t]he only defence is an offence, which means that you have to kill more women and children more quickly than the enemy if you want to save yourselves.”

Baldwin’s statements, while originating as a call for disarmament, quickly became a rallying cry for both the “militarists” in Great Britain—individuals who supported the continued supply of British defences—and the “pacifists”—those who fought for aerial restrictions and the outlawry of war.

Why then was it so important for Baldwin, and those who would later parrot his phrasing, to focus specifically on the murdering of women and children to justify disarmament?

Traditionally, British society had gendered pacifism and calls for disarmament as feminine. Yet, Baldwin was a prominent male politician evoking a standard masculine, patriarchal martial ideal of protecting the state and the weaker women and children as justification for pacifist ideology.

While militarists in the interwar years also commonly evoked the chivalric tenant to justify war, it became increasingly common for pacifists, both male and female, to call for the end of global war in order to protect women and children.

What then accounted for the change in the pacifist argument, this masculinization of peace? Did Britons’ concern for “the fairer sex” reach to other, non-British nations?

This paper applies a gendered lens to analyse and deconstruct the rhetoric surrounding the disputes, and in turn provides a nuanced interpretation of British arguments for and against strategic bombing to answer these questions.

The lecture will take place virtually on Thursday 21 October 2021.

Katie Brown is a doctoral candidate at the University of Akron in Akron, Ohio, with a tentative graduation date of May 2021. She earned her undergraduate and Master’s degrees in history from Ohio University in Athens, Ohio in 2007 and 2011 respectively. Katie’s research focuses on Twentieth-Century British history, specifically the history of the Royal Air Force in the first half of the Twentieth Century.

Additionally, Katie focuses on the social, political, and ethical impact of war strategy, military history, and literary theory. Her dissertation, “The End of Gentlemanly Warfare? Gendered Language and Great Britain’s Evolving Arguments for Strategic Bombing, 1920-1945,” traces Britain’s politicians’, social critics’, and general populations’ arguments and justifications for, or against, strategic bombing from the end of the First World War to the end of the Second.

Katie is also a member of the Society for Military History and the Second World War Research Group, North America.

The 2021 programme also includes Lunchtime Air Power History Lectures — held at both our London and Cosford sites — and Air Power Lectures co-organised with the Centre for War and Diplomacy at Lancaster University. Starting in the 2021/22 Academic Year the Research Programme will also include lectures hosted at the University of Wolverhampton