Virtual Lecture: The Recruitment and Training of the Royal Flying Corps, 1912-1920

David Spruce, a Doctoral Candidate at the University of Wolverhampton, will shed light on the men who made up the RFC and help discern fact from fiction in exploring training within the RFC.

This Virtual Lecture will be broadcast live at 6.00pm on Thursday 25 November and will be followed by a Q&A. You can register for free by visiting the RAF Museum’s Crowdcast channel 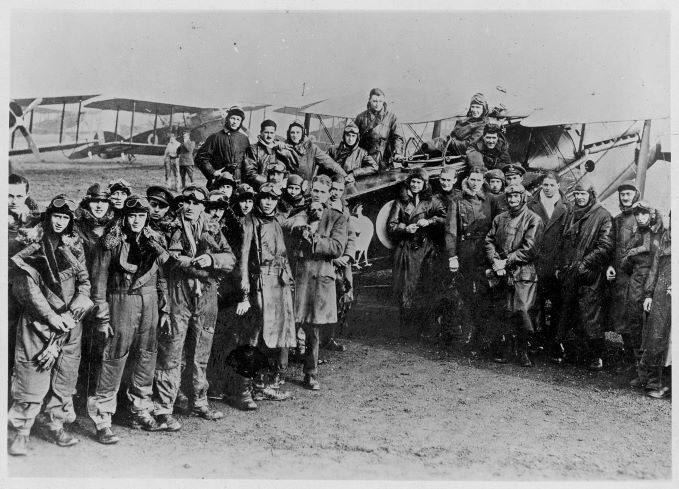 When Britain went to war in 1914, the Royal Flying Corps (RFC) was just two years old. The military wing’s strength amounted to 146 officers and 1,097 other ranks. In a little under four and a half years, it would grow 140-fold to an organisation of over 291,000. Such staggering growth with associated organisational complexities would be a stiff challenge in todays interconnected world. Yet those who ran Britain’s flying services achieved such growth in a world of paper and filing cards.

Once recruited, men of all ranks required training. The RFC of 1914-1918 had to accomplish this herculean task in an environment of revolutionary technological and tactical change. Missions in Bristol F2Bs in 1918, for example, had little in common with those carried out in 1914 by Maurice Farman Longhorns.

Yet much of what has been written about the recruitment and training of the RFC is at the very least, questionable.  The historiography is dominated by the daring deeds of the so-called ‘aces’. This, despite the fact that only 8 per cent of the RAF men in France in November 1918 were ‘combatants’, that is, those who flew either as pilots, observers or gunners. Almost 60 per cent were mechanics, fitters, engineers, and other tradesmen who kept the aircraft flying. Of these men, little has been written. The historiography of RFC training is if anything even worse, a muddle of exaggeration, misstatement, and myth.

The lecture will take place virtually on Thursday 25 November 2021.

David began pursuing his passion for military history after a distinguished career in industry and commerce. With a degree in economics and a professional accounting qualification, he spent over 25 years, mostly at Board level in the oil, banking, technology, and insurance industries. In 2020 he completed an MA with distinction in Britain and the First World War. His MA dissertation was entitled “The Development of British Air Power on the Western Front to the end of 1915: An analysis of the technological, procedural, and tactical developments of the Royal Flying Corps” and will be published in Cross & Cockade in 2021.He has previously been a Trustee of the Royal British Legion and also chaired a corporate charity called the QBE Foundation for a number of years.

David is now researching a PhD at Wolverhampton University on the recruitment and training of the Royal Flying Corps.

The 2021 programme also includes Lunchtime Air Power History Lectures — held at both our London and Cosford sites — and Air Power Lectures co-organised with the Centre for War and Diplomacy at Lancaster University. Starting in the 2021/22 Academic Year the Research Programme will also include lectures hosted at the University of Wolverhampton