Lysander restoration work will soon be on show

A Second World War Westland Lysander III (S.D.), the only surviving Special Duties variant of its type will soon be on show to the public. The aircraft is currently undergoing conservation work in the Michael Beetham Conservation Centre at the Royal Air Force Museum Cosford and this November the centre will be opening its doors, allowing visitors behind the scenes access to aircraft conservation projects and the chance to speak with the team who make them happen. 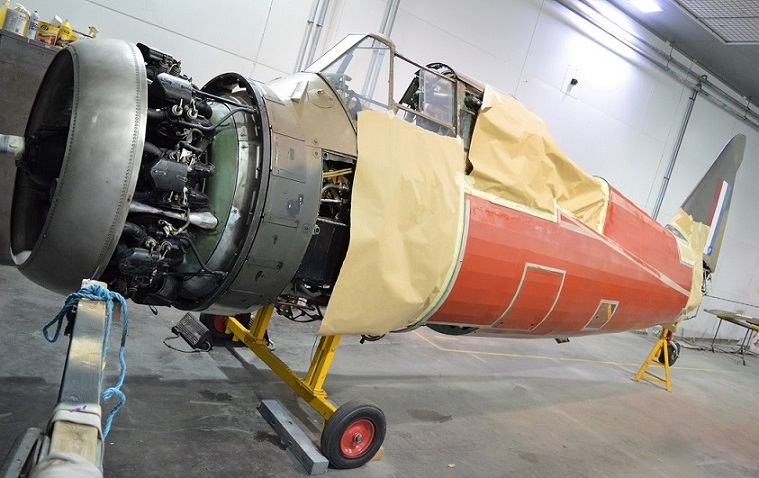 From 12-18 November visitors can get up close to the current projects undertaken by the team at Cosford and a highlight during this special event will be the remarkable progress on the Westland Lysander III (S.D.) last seen by the public in the static display line-up at the RAF Cosford Air Show in June.

Upon arrival at the Museum some 22 months ago, the Lysander underwent an in-depth inspection and condition assessment and work was carried out on a few minor repairs. The damaged fabric outer skin was removed and focus was put into the aircraft’s engine, preservative treatments were removed and mechanical systems were cleaned and lubricated and are now functional again. 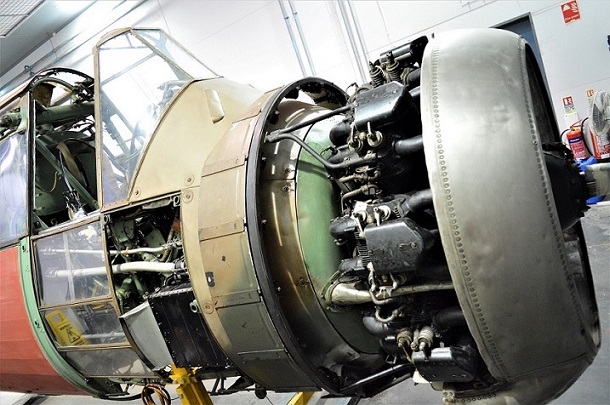 Since it was last viewed in June the aircraft has undergone a major transformation, mainly the recovering of the fuselage in a traditional Irish linen using original doping techniques. The new outer skin has already received its UV microwave protection layer and is currently being primed ready for its 161 Squadron Special Ops colour scheme to be applied within the next few weeks. Aviation fans will be able to view the newly painted fuselage section during the November Open Week and speak with members of the team who have carried out the work.

The Lysander has been a largely Volunteer led project with a team of 4-6 volunteers working two days a week on the cleaning and mechanical elements, whist the new outer skin and paintwork has been applied by the Museum’s skilled Surface Finish Technician. 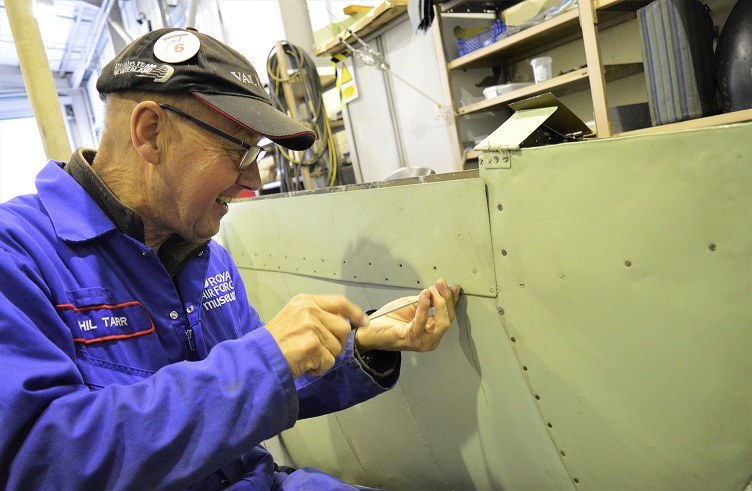 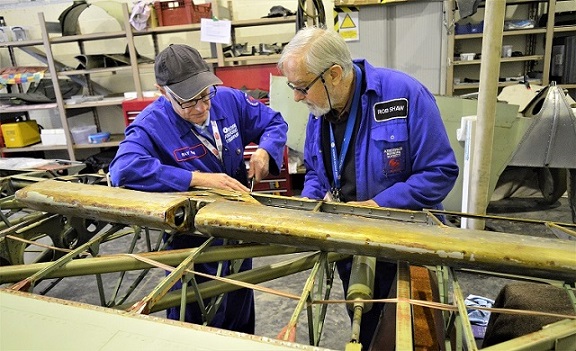 RAF Museum Conservation Centre Manager, Darren Priday said;
“During the inspection phase, we discovered some original fabric and we’ve taken the decision to conserve this item and keep the original paintwork. Once the fuselage section is complete, work will begin on attaching the ailerons and other flying controls which have already been covered in Irish linen; these will go through the same doping and paint process as the fuselage. The metal cowlings will be resprayed before being refitted. Over the next few months our team of Volunteers will be focussing their efforts on the wings. This work will all be on display to the public in November and in the New Year the undercarriage will be refitted as part of the rebuild phase which is expected to take upwards of 12 months.” 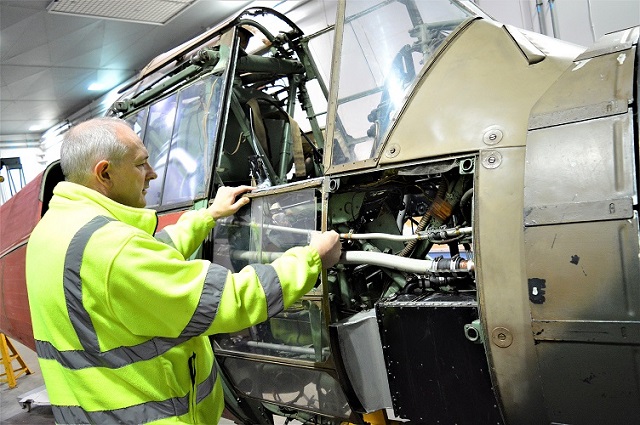 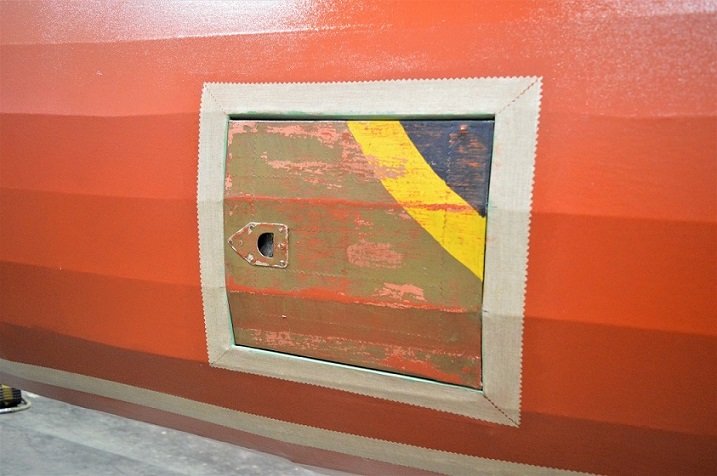 The Museum’s Westland Lysander III (S.D.) is the only surviving Special Duties variant of this aircraft. It was designed to operate closely with the Army and had a remarkable performance which enabled it to get into and out of extremely small fields. A radical change in Army co-operation tactics meant that its lasting fame is not in this role but as a Special Duties aircraft ferrying Allied agents in and out of enemy occupied Europe. Four Lysander squadrons went to France in 1939 and despite some notable successes the Army Co-operation units suffered extremely high casualties – over 170 Lysanders were sent to France; only 50 came back. After their withdrawal from France, they patrolled the coastal areas of south and east England as an anti-invasion reconnaissance measure. Late in 1940 they began air-sea rescue duties in the Channel and North Sea – not only could the Lysander spot airmen in the sea and bring surface vessels to them, it was able to drop a lifesaving dinghy and supplies.

The Museum’s example, serial number R9125 first became operational with No 225 Squadron in 1940 as a coastal patrol and photo reconnaissance aircraft, based along the south coast of England. It took on the Special Duties role with No 161 Squadron in 1944 and was operational for a further two years until they became obsolete from the RAF in 1946. For a brief period in 1961 the aircraft was placed into storage at RAF Cosford and ten years later it was acquired by the Museum and placed on display at its London site, where it remained on display until its recent move to back to Cosford. 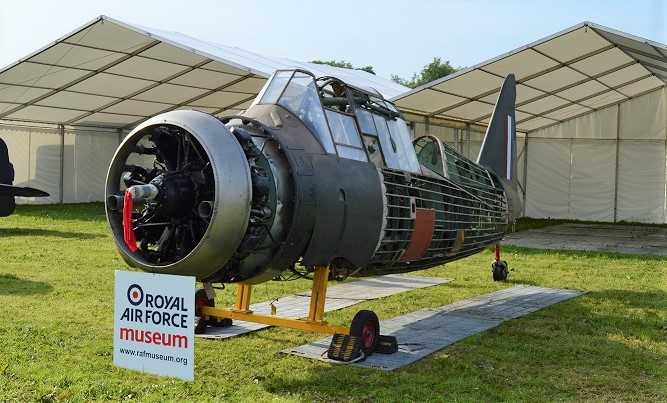 Visitors will also be able to view the continuing progress on the Vickers Wellington, Range Safety Launch, a project being run by a team of Volunteers, plus see a glimpse of the Dornier Do 17 smaller objects including propellers and engines, plus the First World War German LVG aircraft will also be on display to visitors. Museum Technicians, Apprentices and Volunteers will be available throughout the week to speak with visitors about their work and answer any questions they may have.

The Conservation Centre will open from 12-18 November between 10.15am and 1.00pm each day and admission is £5.00 per person (children under 16 are free and must be accompanied by an adult). BOOK TICKETSThe Museum’s other hangars will be open from 10am until 5pm and entry to the Museum is free of charge. For further information, please visit the Museum’s website www.rafmuseum.org/cosford or call 01902 376200.