The RAF100 Baton Relay is en route to Cosford!

On 1 April, one hundred years since the formation of the Royal Air Force, a specially designed baton set off on a journey around the UK and abroad. On Saturday 5 May the baton will be heading to the Royal Air Force Museum Cosford and will be an opportunity for members of the public to see and be part of this historic journey.

The baton is being carried by RAF personnel, cadets, veterans and members of the many sporting associations that make up the RAF. Over 100 days the RAF100 Baton will visit sites associated with the RAF, throughout the UK and across the globe. 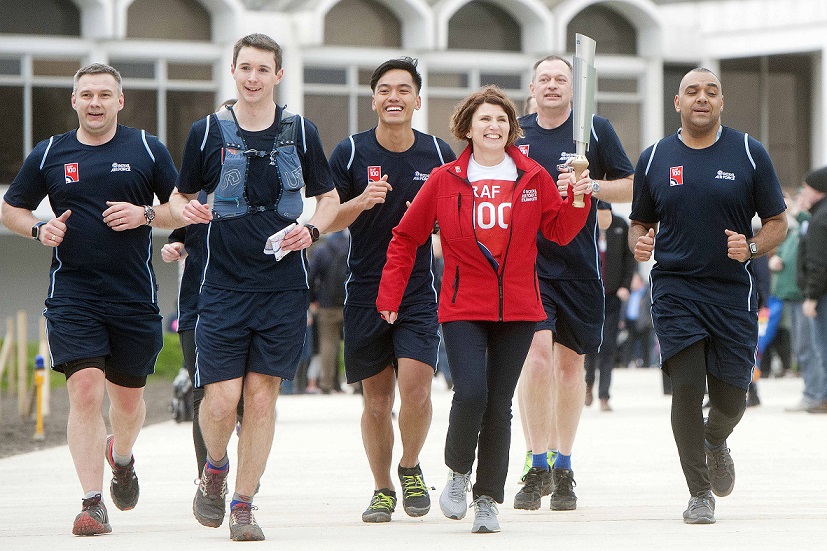 Amongst many means of travel, the baton will be transported by boat along the River Thames by the RAF Rowing Club, carried by the RAF Falcons as they parachute from an aircraft, be ridden on horseback and power kited along Benbecula.

The relay team will be heading to RAF Cosford on Friday 4 May to meet with Station Commander, Group Captain Tone Baker for a tour of the station and an overnight stay in the Officers’ Mess, before spending a day at the Museum on Saturday 5 May from 10am to 4pm meeting with members of the public.

In addition to meeting the team and plenty of time for a selfie with the baton, the relay team will be offering a free ‘Name Your Plane’ activity for families, a nationwide call to action, inviting schools, community groups and members of the public to commemorate one of the 4,805 British Air Service personnel who lost their lives in the First World War. Visitors can cut out and decorate their plane template, and emblazon the name of a RAF, RFC, RNAS or WRAF service person across the wings. The completed planes from events across the country will then be collected up and included in a display at an iconic location later on in the year. All materials for this free activity will be provided.

The relay began its journey at the Royal Courts of Justice on 1 April 2018, followed by a trip to the RAF Museum’s London site where they were met by CEO Maggie Appleton who ran the last leg of the relay with them. The journey will end 100 days later on 10 July on Horseguards Parade. 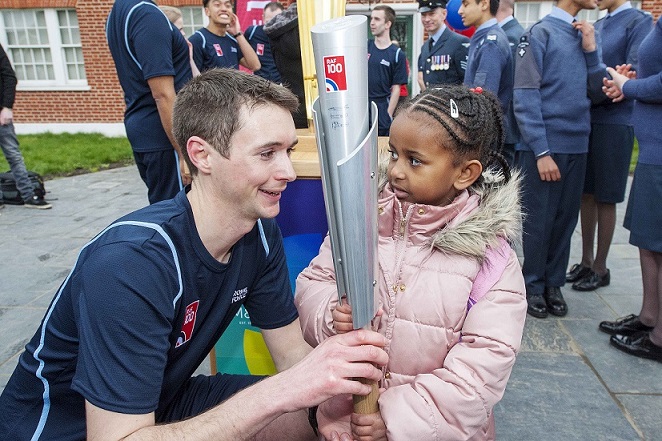 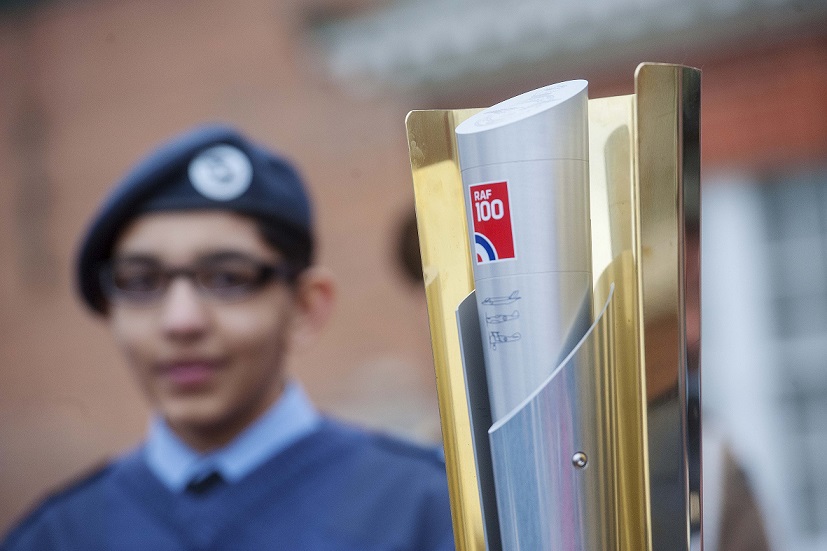 RAF Museum Cosford General Manager, Alan Edwards said:
“It’s an honour to be part of the RAF100 celebrations and commemorations and to share in the RAF Baton Relay Team’s journey. We hope that visitors and local residents will show their support by joining us on Saturday 5 May and take the opportunity to speak with the team, participate in the free activity before they set off on the next leg of their journey which will take them on to Tywyn and Snowdonia.”

RAF Cosford Media Officer, Squadron Leader Chris Wilson said:
“The Baton has already been travelling throughout the UK and Cyprus during April so it’s great to see it arrive in Shropshire. Working in conjunction with the RAF Museum we have a unique opportunity to not only highlight some of the great activities that RAF personnel get involved with but to share the Baton with lots of members of the public.”

Keep up to date with the relay team on social media by searching #RAFBatonRelay or for more information about the relay route CLICK HERE.