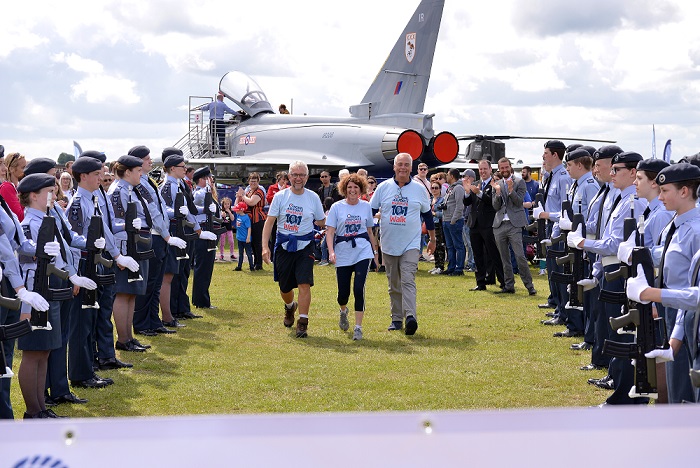 Nick and Robin led the march of over 100 miles to raise money for a bespoke outdoor children’s playground at the Museum site in Cosford. The aviation themed playground will include miniature versions of iconic aircraft and is set to enhance the visitor experience for local families and school groups visiting the Museum.

Crowds gathered at the Cosford Air Show to watch Nick and Robin take their final steps, which led them through a Guard of Honour from local RAF Air Cadets Wales and West Region. 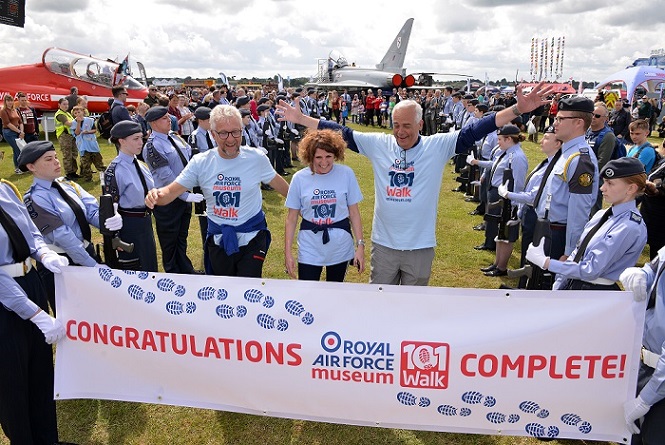 The walkers were finally greeted at the finish line by RAF Cosford Station Commander Group Captain Tone Baker, family, friends and Museum staff, who wished them well. Not ones to keep still, they then joined the RAF Chief of Air Staff for lunch at the Air Show. 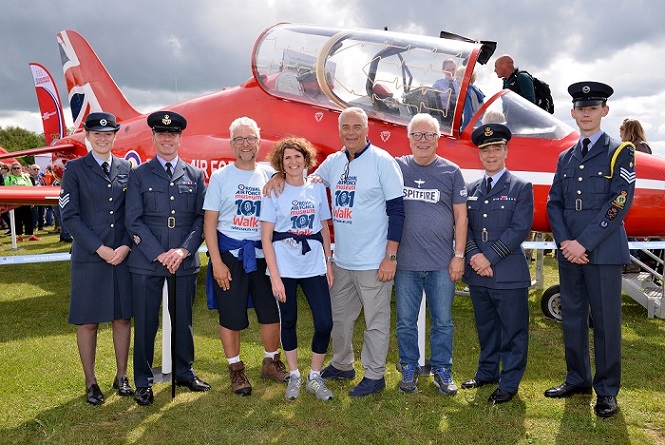 The Cosford Museum has seen a 20% increase in visitor numbers on the back of the RAF Centenary year. Now in the 101st year, Museum Trustees undertook the walk to build on that success with their sights firmly set on raising funds for a playground that will engage the Museum’s youngest visitors with the RAF story.

Their journey was incredibly tough with the weather being against them for a large proportion of the walk, but they arrived at Cosford in good spirits with the sun shining, having literally gone the extra mile to kickstart the fundraising for a play area where children can learn and also have fun.

There is still time to support their efforts DONATE NOW

The RAF Museum is a registered charity, number 244708. 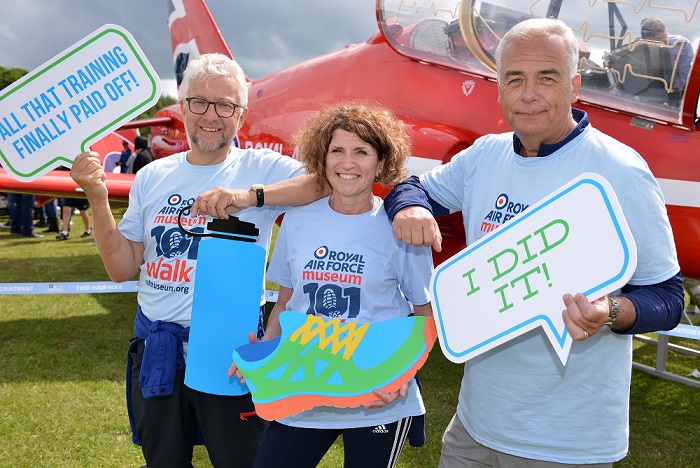 Nick Sanders of Sutton Coldfield headed up the walk with assistance from other Trustees and VIPs associated with the RAF Museum on the walk between RAF Cranwell near Lincolnshire and the RAF Museum at Cosford in the West Midlands.

The walk of just over 100 miles took-off from RAF Cranwell on Wednesday 5 June and followed a route passing through the east of Nottingham, crossing over the River Soar at Kegworth, through Lockington, Walton on Trent and Coven before a safe landing at the Cosford Air Show on Sunday 9 June. 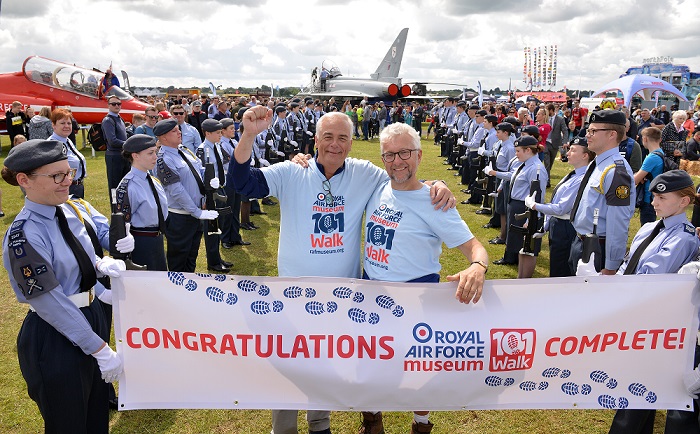 Nick Sanders, is an aerospace engineer by training and has spent many years turning around struggling industrial businesses.

For more information about the fundraising walk and the RAF Museum CLICK HERE. 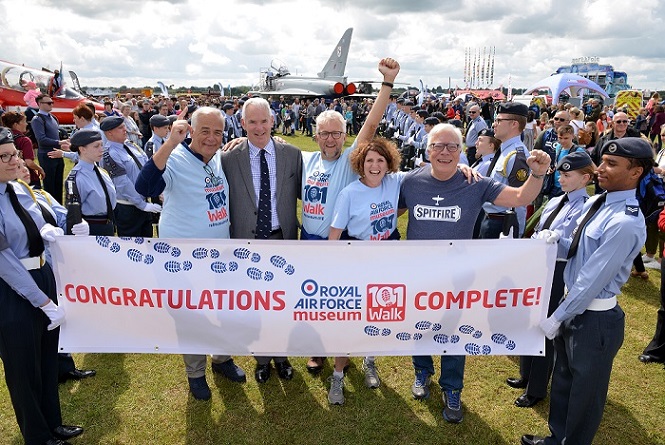