London's Art Gallery held it previous art exhibition 'In Air and Fire : War Artists, The Battle of Britain and the Blitz' until 27 February 2022.

This exhibition is now closed to the public. To view the works that were on display please visit Collections Online.

The exhibition showed a collection of work exploring artists’ responses to the Battle of Britain and the Blitz (July 1940 – May 1941) as they represented evolving machinery, communications, and urban landscapes, shaped by what was an unprecedented ‘war in the air’.

The exhibition featured works by Official War Artists, including Paul Nash, Graham Sutherland, Carel Weight, Anthony Gross, Richard Eurich and Eric Kennington. Yet it extended beyond the prominent male members of the British School, championed by Clark, to reflect the full range of war artists’ contributions. It seeks to bring together the stories and perspectives of artists from diverse backgrounds, highlighting the best of collection works from the period.

Comprising around half of the curated selection, the exhibition celebrated the works of women war artists, most of whom were overlooked for commissions, whose pictures were typically purchased by the patriarchal WAAC or produced for independent projects. They included Laura Knight, Doris Zinkeisen, Eve Kirk, Olga Lehmann, Rachel Reckitt, Mary Viola Paterson, Enid Abrahams, Elva Blacker, Elsie Gledstanes and Lilian Buchanan. Unofficial war artists, many involved with the relief effort of the Blitz, also contributed significant works on themes of civil defence and devastation. Modernist artists drew inspiration from the formidable forms of fighter and bomber aircraft, representing them in themes of manufacture, repair, camouflage, and aerial operations. As the ‘personalities’ of modern warfare, planes became new portrait subjects. If ever more powerful aircraft inspired artists to evoke an ‘automative’ war, so too were they excited by the expressive possibilities of other new apparatus. The barrage balloon was an alluring subject for figurative artists, an ungainly behemoth, incongruous to the landscapes of everyday life, seemingly mightier than its human operatives. 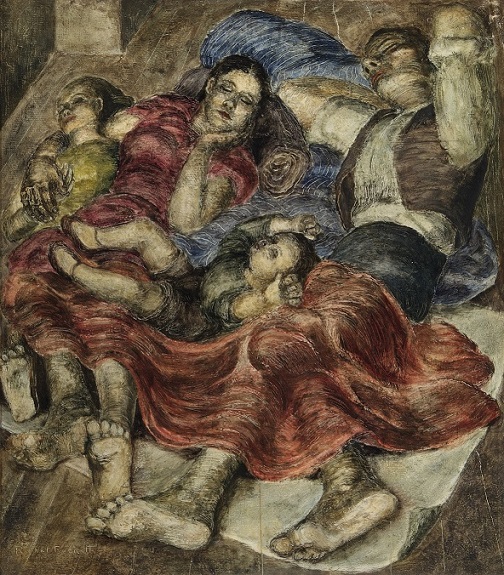 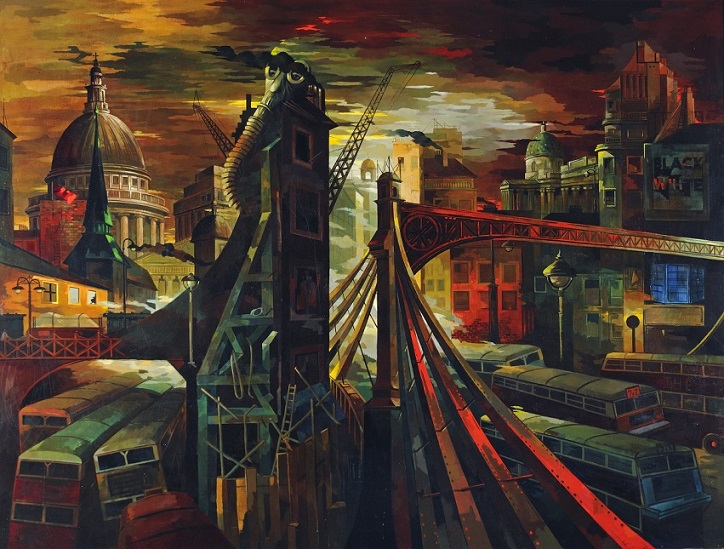 RAF Museum Curator of Fine Art, Julia Beaumont-Jones said:
“As the exhibition revealed, artists’ interests to interpret this war of ‘air and fire’ were diverse – influenced by the exigencies of employment; excited by new subjects to represent; and driven by a will to express experiences both shared and personal. Seeing these works together offers a rare insight into the diverse backgrounds and perspectives of war artists – from the prominent members of the British School who were officially commissioned, and the formerly overlooked contributions of women artists, to the work of the ‘civil defence artist’, the exiled artist, and the amateur ‘outsider artist’.”