The Royal Air Force Museum invites you to take a seat on board a Lancaster during the legendary Dambusters raid of 1943, using Virtual Reality technology.

The Dams Raid was the greatest feat of arms performed by the Royal Air Force and one of the key stories of the Second World War. Its success captured the public imagination at the time and over the next 70 years inspired a multitude of books, films and documentaries. 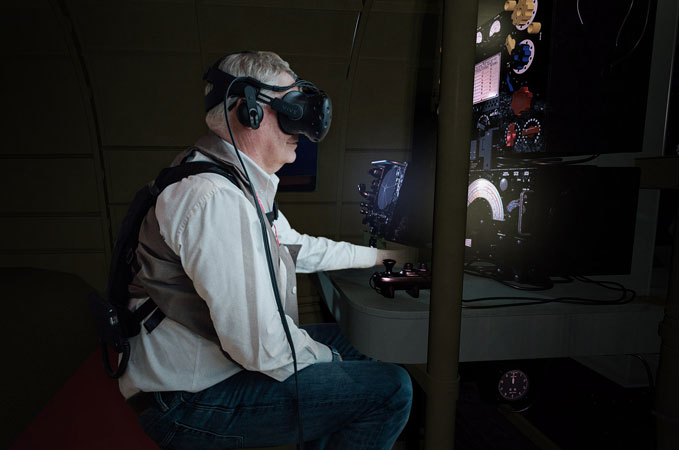 Immersive Histories: Dambusters at the RAF Museum London, is the newest part of the Dambusters offer that also includes a replica of the ‘bouncing bomb’, Barnes Wallis’ office and the original moulds of the first test bombs.

The Virtual Reality Experience (VRE) puts the user inside a moment in history. For the first time ever, visitors to the Museum can step inside the story of the iconic operation through an authentic, interactive recreation of the Dambusters’ first mission on 16 May 1943 attacking the Möhne Dam. 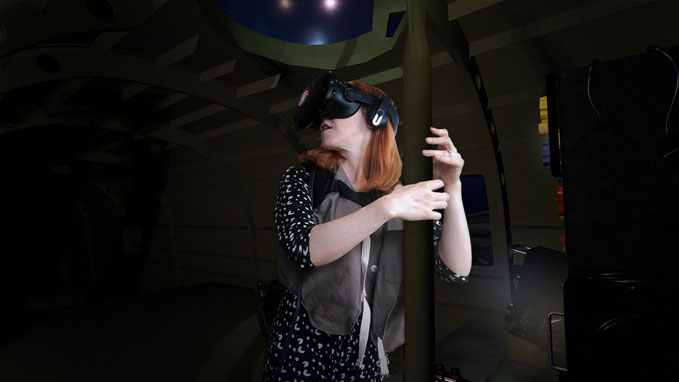 360° first person views, spatialised audio and haptic feedback vests reinforce the experience of being aboard a No. 617 Squadron Lancaster bomber during Operation CHASTISE.

Participants suit up in a vest and step inside an accurate physical set of a Lancaster. They are completely immersed and able to reach out to feel the window, fuselage and desk’ of the Lancaster bomber. As the aircraft continues it’s mission, users will also feel the ‘roar of the Lancaster’s Merlin engines’, through their haptic vests. 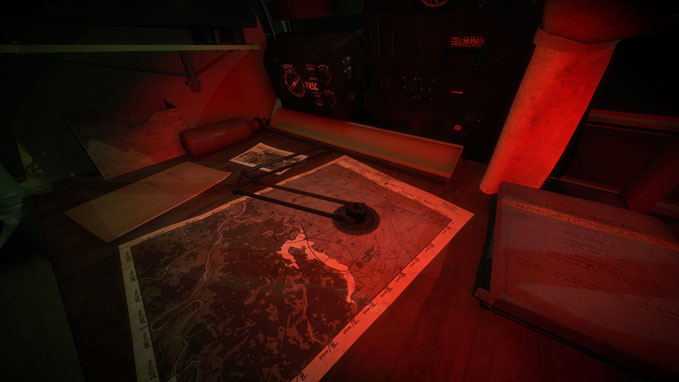 The Dambusters Immersive Experience has been created by All Seeing Eye with input from No. 617 Squadron official historian, Robert Owen.

Barry Smith Director of Visitor and Commercial Development “At the RAF Museum we are very interested in new ways of interpreting and sharing the stories of the Royal Air Force. The opportunity to actually invite our visitors to be part of the Dambusters story is one that we are very excited about. I can honestly say that our visitors are in for a treat!”

Olie Kay Associate Creative Director, All Seeing Eye Ltd. “This experience isn’t about explaining all the facts of the mission. It’s about exploring the human story of the real people who were on the aircraft and communicating an authentic sense of place of what it may have been like to be there.” 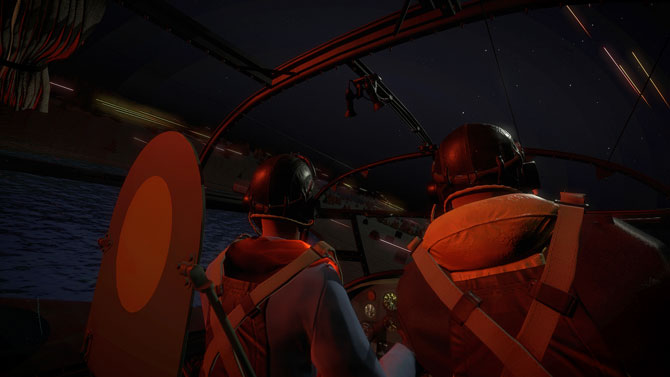 Dambusters: Immersive Histories at the RAF Museum London is available from Saturday 16 March. Tickets are £10.00 per person.