His Royal Highness The Earl of Wessex today attended the opening ceremony of the transformed RAF Museum London as part of the Centenary celebrations of the Royal Air Force.

After arriving in a 32 Sqn RAF helicopter, His Royal Highness met members of Museum staff, volunteers and partners who worked on and supported the transformation. Other VIPs at the ceremony included Air Chief Marshal Sir Stephen Hillier (RAF Chief of Air Staff), HE Mr Khaled Al-Duwaisan (Ambassador of Kuwait) and Viscount Trenchard (grandson of the founding father of the RAF). 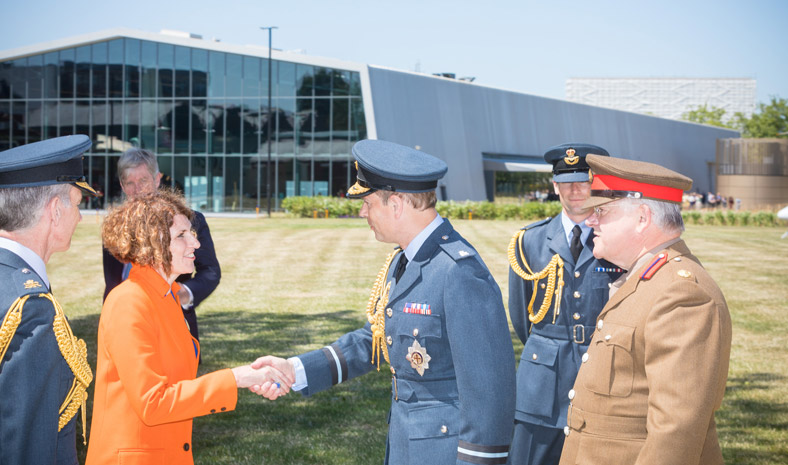 Maggie Appleton, RAF Museum CEO said ‘It was a pleasure and an honour to have The Earl of Wessex open our transformed London site in the RAF’s Centenary year. Our new exhibitions not only explore the Royal Air Force’s extraordinary history and people, but also give visitors the opportunity to look ahead into the cutting-edge future of the service. The Museum’s transformation is a celebration of the RAF’s breadth and diversity – and we look forward to welcoming visitors from London and beyond to experience it with us.’

Sir Peter Luff, Chair of Heritage Lottery Fund, one of the Programme’s leading supporters, said ‘As a pioneer and leader of international aviation, and in its Centenary year, the Royal Air Force deserves a world-class museum. Now, thanks to National Lottery players, visitors can explore the powerful, inspiring and often surprising stories of the world’s oldest independent air force in a dynamic new setting.’ 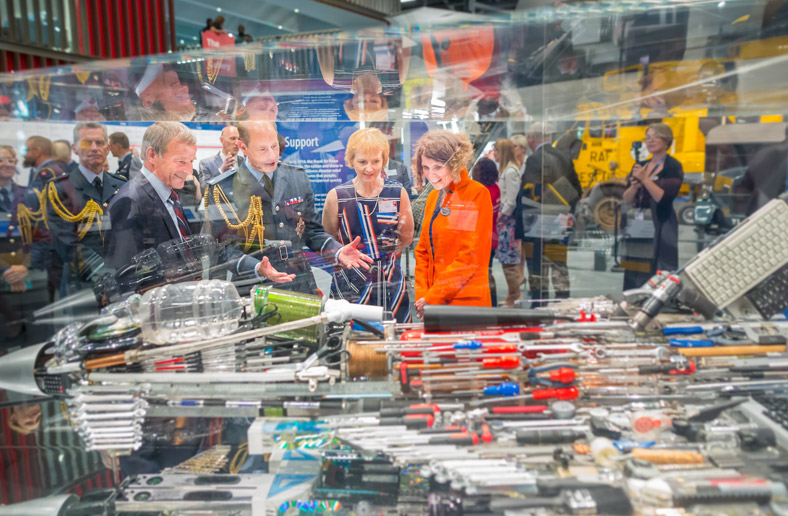 Sir Roger Carr – Chairman, BAE Systems, Founding Partner of the RAF Museum’s RAF Centenary Programme said: “The histories of the Royal Air Force and BAE Systems have been inextricably linked since the foundation of the Royal Flying Corps. Since 2014 we are proud to have been a Founding Partner for the regeneration of the RAF Museum. The Museum plays an important role inspiring the next generation of airmen, airwomen and engineers.”

The Museum’s ambitious redevelopment features new immersive galleries, supported by a transformed visitor experience which includes a new learning centre, new landscaping drawing on the heritage of the London Aerodrome and RAF Hendon, a new visitor centre including a café and shop, and a new restaurant housed in a 1930s RAF building at the heart of the site. The transformation makes the RAF Museum the only place where visitors can test their flying skills, explore RAF stories, sit inside an iconic cockpit and enjoy a picnic in a single day. 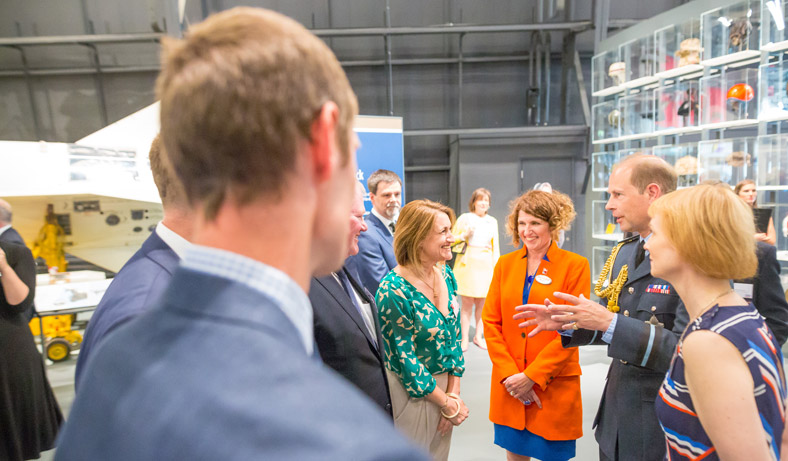 Historic Hendon projects are engaging the Museum’s local community with the heritage of their neighbourhood.

A digital project, ‘RAF Stories’, has been developed through which the public will be encouraged to create and curate their own online scrapbooks using photographs, memories, film and audio recordings to share their experiences or those of their loved ones within the RAF and the broader RAF family. These stories will be shared internationally online as well as being embedded in the new exhibitions, enhancing the Museum’s storytelling: http://www.rafstories.org 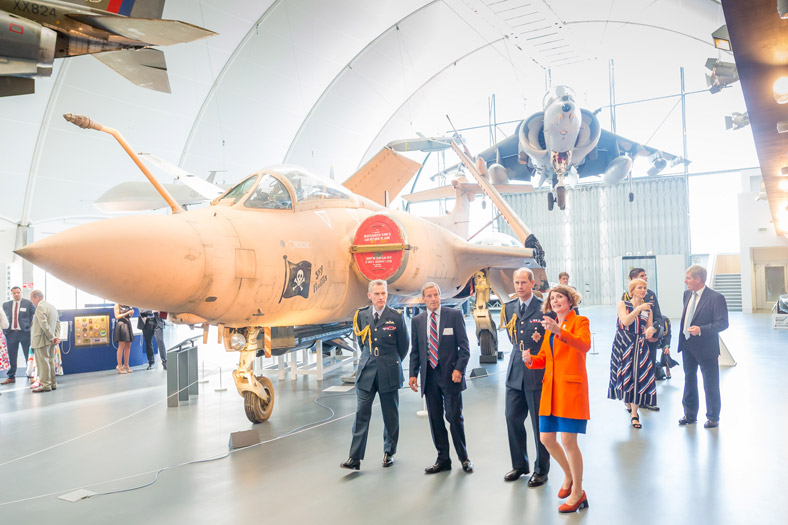 • The Duke of Cambridge’s Sea King helicopter, from his days as a pilot in RAF Valley
• Three new innovative galleries which explore the first 100 years of the RAF, its roles today and invite visitors to imagine its future contribution and technology
• Perfect for picnicking – a new open, grassed landscape reflects the heritage of the site as The London Aerodrome and RAF Hendon
• A new themed outdoor play area for under 11’s
• A new restaurant, Claude’s
• A packed programme of family activities and events for all ages.

The new exhibitions are ‘RAF Stories: The First 100 Years’, ‘RAF: First to the Future’ and ‘The RAF in an ‘Age of Uncertainty’.

The Museum will open with a celebration of Armed Forces Day on Saturday 30 June, which includes an outdoor concert, craft activities, talks, tours, storytelling and more activities for all the family.