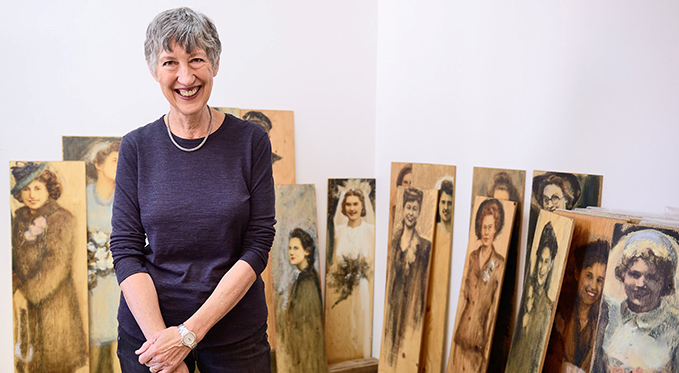 Global conflict and the mobilization of troops during World War II brought couples together who would never have met in that era. Although marriage was discouraged by the military, tens of thousands of locals married foreign nationals on active duty. Couples met on the dance floor, on air bases, blind dates, in queues, hospitals or air raid shelters. For war brides, a new husband meant a new country.

Artist Bev Tosh is the daughter of a Royal New Zealand Air Force pilot and his Canadian war bride. Her works portray war brides of airmen stationed on Royal Air Force bases in the UK during WWII and Canadian brides of ‘flyboys’ from England, Australia and New Zealand trained in Canada.

Collectively these portraits and stories speak across continents and generations of an extraordinary postwar emigration of women who made a leap of faith for the love of an airman.