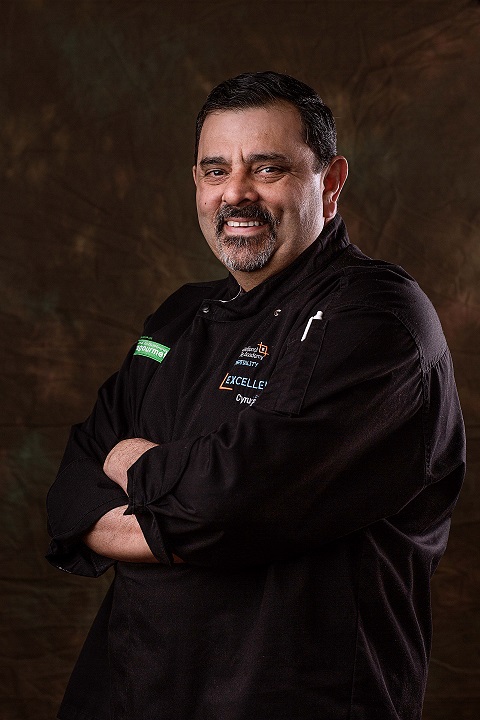 Later this month the 6th annual Cosford Food Festival will take place at the Royal Air Force Museum Midlands and this year, organisers have lined-up popular TV Chef Cyrus Todiwala OBE to headline on the demo stage both days. Cyrus will be showcasing his passion for great Asian food at the event on 21-22 July which attracts in excess of 13,500 visitors.

Not only is Cyrus a restaurateur, he’s also an author of six books, educationist and popular media personality. He also features in the new RAF100 Cookbook, celebrating the Centenary year of the RAF, making him the perfect fit to headline on this year’s demo stage. This cookbook has been created by RAF personnel spanning 100 years, 100 countries and 100 recipes and includes contributions from celebrity chefs including Cyrus, James Martin and Tom Kerridge, alongside ex- Flight Sergent, RAF Chef Stu Harmer, who will also be appearing at this year’s Cosford Food Festival.

To showcase some of great recipes included within the book, the RAF will be running a Tips and Taster stage both days for festival goers to sample some of the delicious dishes created especially for the RAF100 Cookbook. It’s also a chance to speak with personnel about being a chef in the RAF, an opportunity to speak with Cyrus and of course, a chance to purchase signed copies of this inspiring new cookbook!

Cyrus will be headlining live on the Cosford Food Festival demo stage at 1pm both days and organisers are confident his culinary skills and charm will prove popular with foodies. Not only was he crowned ‘BBC Food Personality of the Year’ this Bombay-born Parsee chef is the Chef Patron of three London restaurants, including ‘Café Spice Namaste’, the longest standing recipient of a Michelin BIB Gourmand award. He founded the national competition, Zest Quest Asia, to nurture Asian culinary skills among ‘homegrown’ British chefs and was awarded an MBE by HM The Queen for services to education & training and an OBE for his contribution to the hospitality industry.

As the festival fast approaches, preparations are well underway to make this year’s event the biggest and the best yet in celebration of the RAF’s centenary and organisers promise to deliver a jam-packed programme of cooking demonstrations to inspire visitors to get creative in the kitchen! Experts will be passing on their years of knowledge and expertise to visitors and offering tips and advice on how to serve up the perfect dish.

Joining Cyrus on the demo stage are a mix of local speciality chefs including:

On Saturday 21 July: Kath Corfield who will be sharing her love for bread baking, Stuart Collins, Chef and owner at Docket No.33 in Whitchurch, Tom Court Owner of Sticky Fig Catering, with two AA Rosettes to his name and ex-Flight Sergent, RAF Chef Stu Harmer showcasing one of his dishes from the RAF 100 Cookbook!

On Sunday 22 July: Tettenhall based Tom Robinson, owner of Seats at Robinsons Bistro will be kick starting the days demos, followed by Michel Nijsten a Private Chef based in Shropshire and ambassador for Shropshire producers, Rob Swift of Swifts Bakery will be sharing some of the families 150 years of baking knowledge and back for a second visit sharing another one of his unique recipes from the RAF100 Cookbook will be ex-Flight Sergent, RAF Chef Stu Harmer. 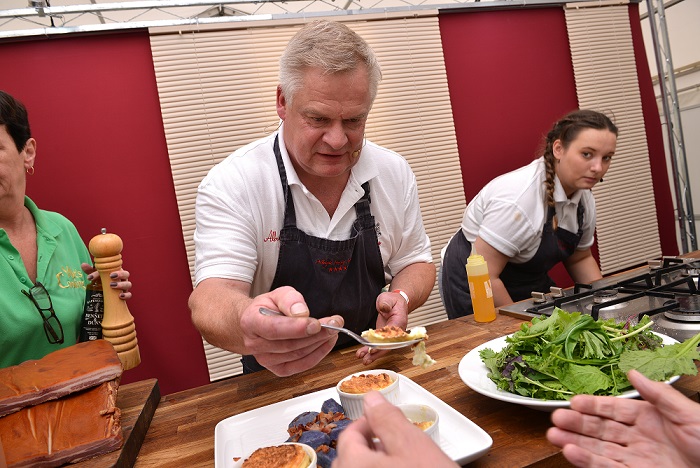 In addition to all the expert cooking demonstrations taking place over the weekend, there will be a tasty line-up of over 90 local producers heading to the Cosford Food Festival, taking place on Saturday 21 and Sunday 22 July.

The Cosford Food Festival will run from 10am to 5pm on Saturday 21 and Sunday 22 July and admission is just £6 per adult, with family rates available. Tickets to the festival are now available to purchase in advance CLICK HERE where you will also find a full list of exhibitors. Keep up to date with the latest festival info by following the event on Facebook.