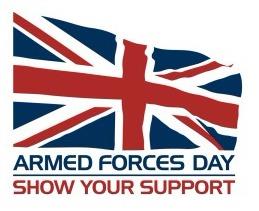 The Royal Air Force Museum Midlands will once again celebrate the contributions made by Her Majesty’s Armed Forces, by hosting an orchestra concert and a Battle of Britain Memorial Flight Lancaster flypast on Saturday 30 June for Armed Forces Day.

The highly decorated Glebe Symphonic Winds Orchestra will be performing for veterans, serving personnel and visitors alike, in a special one hour concert celebrating the RAF’s Centenary. This intimate musical performance will include classical pieces with everything from ‘Their Finest Hour’ by Nigel Clarke, ‘The Dam Busters’ by Eric Coates, to ‘The Royal Air Force March Past’ by Walford Davies and many more. 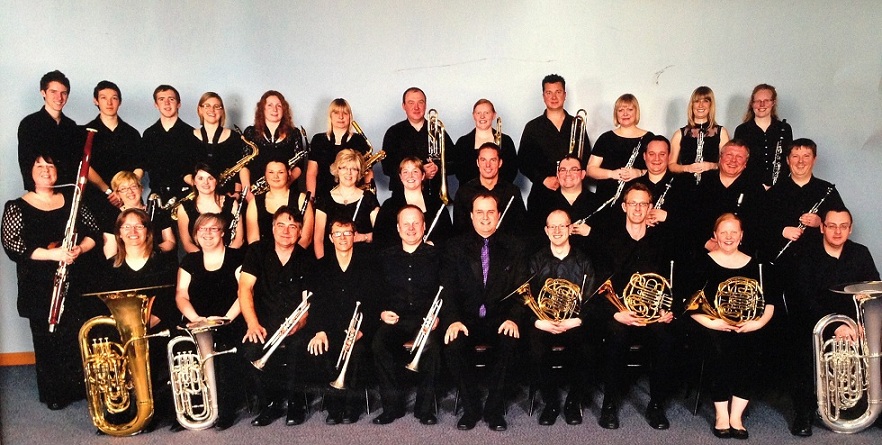 The concert will take place in the Museum’s National Cold War Exhibition Auditorium with seating for up to 200 guests. Attendance to the concert is free of charge and as places are limited, anyone interested in attending is asked to pre-register now via the Museum’s website in order to guarantee their place. Concert ticket holders will also receive a 10% discount voucher for the RAF Museum Shop, redeemable on the day.

The annual Armed Forces Day is an opportunity to reflect and pay tribute to our heroes past and present, including current serving personnel, service families, veterans and cadets. In addition to performances from one of the UK’s leading orchestras, organisers have lined-up a flypast from the Battle of Britain Memorial Flight Lancaster at 3.35pm (weather permitting). This icon of the Second World War will be flying overhead at Cosford and is sure to be popular with visitors young and old. 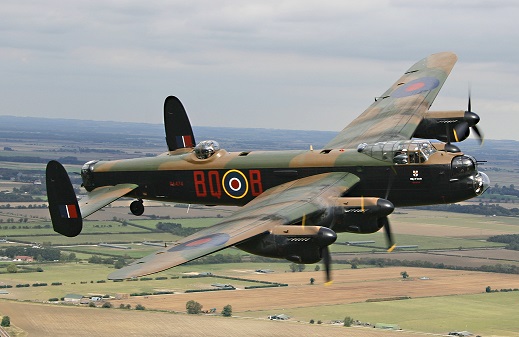 Nathan Davies, RAF Museum Midlands Public Events Executive said:
“It’s an extra special Armed Forces Day this year with it being the RAF’s Centenary year. We are thrilled that the Glebe Symphonic Winds Orchestra will be returning for this year’s event, they are always really popular with our visitors, veterans and serving personnel. The day will be supported by two local cadet squadrons who will be welcoming visitors and helping families create their own Armed Forces Day flags. A real highlight of the day will be the BBMF Lancaster flypast which will be a poignant end to the days activities.”

Families can also take part in a free craft activity whereby youngsters can colour in and make their own Armed Forces Day flags ready to show their support as the Lancaster fly’s overhead on the afternoon. All materials will be provided and children get to take their flags home as a memento of their day.

The Museum’s on-site caterers Kudos will be offering Veterans, Serving Personnel and their families a special Armed Forces Day Ploughman’s Lunch. Guests will dine in a reserved area in the Refuel Restaurant overlooking the Museum grounds. Tables must be booked in advance by emailing whatson-midlands@rafmuseum.org.

To guarantee your place at the concert, book your ticket now. Tickets on the day will be subject to availability. Guests are asked to arrive 10 minutes before the performance starts in order to be seated.

The ultimate celebration and commemoration of the past 100 years of RAF service is now available in the form of a new RAF Commemorative Anthology, produced by Extraordinary Editions in association with the RAF Museum. The anthology commemorates a hundred years of service and sacrifice, courage and honour, whilst celebrating the spirit and values of the people who have contributed to the RAF story is now available to order. 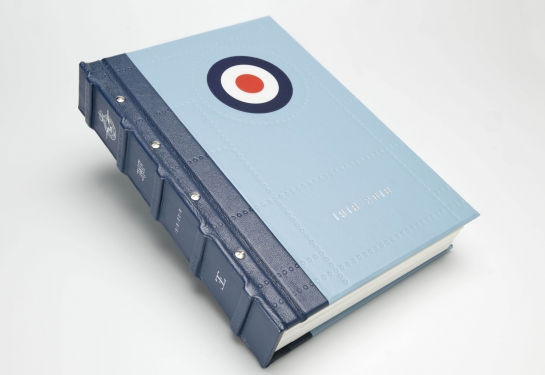 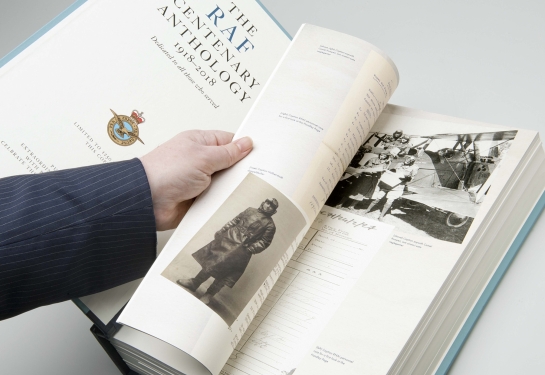 The entire edition is limited to just 1500 copies worldwide and books will be allocated on a strictly first come first served basis. Full details can be found HERE. A donation from all sales will be made to the RAF100 Appeal supporting the RAF Association, Charitable Trust, Benevolent Fund, Museum and the Royal Air Force.