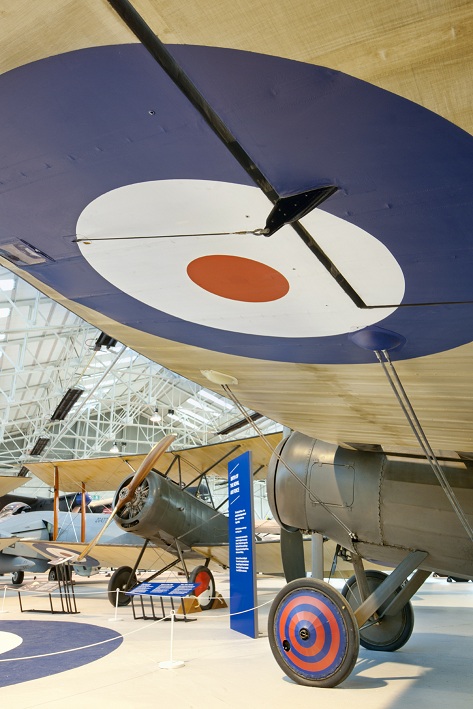 A collection of aircraft from the Royal Air Force Museum Midlands will be joining the line-up in a static display at the RAF Cosford Air Show, taking place on Sunday 10 June 2018.

This year’s Air Show will feature a unique mix of aircraft, spanning the 100-year history of the Royal Air Force, which will be showcased in the flying display and in a special RAF100 Static Exhibition. This never before seen collection of aircraft gives aviation fans a once in a lifetime opportunity to see the revolution of air power over the last 100 years.

Helping to make this display possible, the RAF Museum will be rolling out eight aircraft from its collection to be exhibited outside on the airfield, as part of the ground displays.

Aircraft confirmed to appear will include the Bristol M1C a First World War monoplane introduced into the Royal Flying Corps (RFC) to compete with the Fokker monoplanes. Displayed alongside the Bristol and representing the early days of aviation will be the Sopwith 1 ½ Strutter, a two seat multi role aircraft used widely by the RFC, the Royal Naval Air Service and by the French, Belgian and United States Air Forces.

The Wolverhampton built Boulton Paul Defiant, a two-seat turret fighter operated by No 307 (Polish) Squadron RAF during the Battle of Britain, will be rolled out of the Museums ‘War in the Air’ Hangar to represent the Second World War era in the shows ground displays. Joining the Defiant will be the Gloster Gladiator 1, the first enclosed cockpit and last bi-plane to enter into RAF service, most successfully employed overseas particularly in the defence of Malta.

A collection of post Second World War and Cold War transport aircraft, the de Havilland Devon C2, Percival Pembroke C1, both lightweight communications and transport aircraft and the Scottish Aviation Jetstream T1 pilot trainer, will also be joining the ground displays. This is the first time in many years these aircraft have been moved outside and is a perfect opportunity for aviation fans and photographers to get stand-alone photos.

Organisers are confident the close-up access to some of the RAF’s most iconic aircraft through the ages will prove popular with visitors to the family show which attracts in excess of 50,000 visitors each year.

RAF Museum Midlands Public Relations Executive, Michelle Morgans said:
“We are delighted to be able to support the show again this year and celebrate the RAF centenary in such a spectacular way. In addition to the aircraft being moved out of our hangars for display on the airfield, we will also be bringing the Gloster Meteor F9/40 out of storage exclusively for the show, which we hope will prove popular with visitors.” 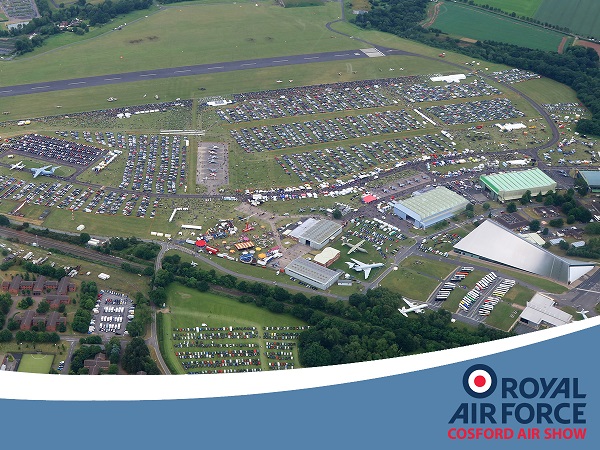 In addition to the aircraft displays, the Museum’s Access and Learning team will be running workshops in the Whittle Innovation Hub, situated on the airfield. Families can enjoy some hands-on fun and take part in rocket car activities during free drop-in sessions, just one of the many STEM themed activities running throughout the day within the hub.

Tickets for the RAF Cosford Air Show are advanced sale only and cost £29 per person with free entry for accompanied under 16s. Tickets will not be available to purchase on the gate so to avoid disappointment, visit the show’s website to BOOK ONLINE. Tickets are also available to purchase in advance from the Museum.