The screening of iconic movies ‘Star Wars: The Force Awakens’ and ‘Top Gun’ will take place at the Royal Air Force Museum Midlands on 21 and 22 September, part of the Telford Film Festival programme of special events starting this weekend!

The film festival organised by Telford and Wrekin Council begins on 14 September and runs until 31 October 2018, packed with screenings and special events as part of the towns 50th Birthday celebrations.

The outdoor cinema event at the RAF Museum Midlands will see two of the biggest films about flight showcased on a giant inflatable screen, set against a backdrop of aircraft. Film buffs can enjoy watching lightsaber battles and Maverick under the moonlight in what is the perfect setting for films about flight. 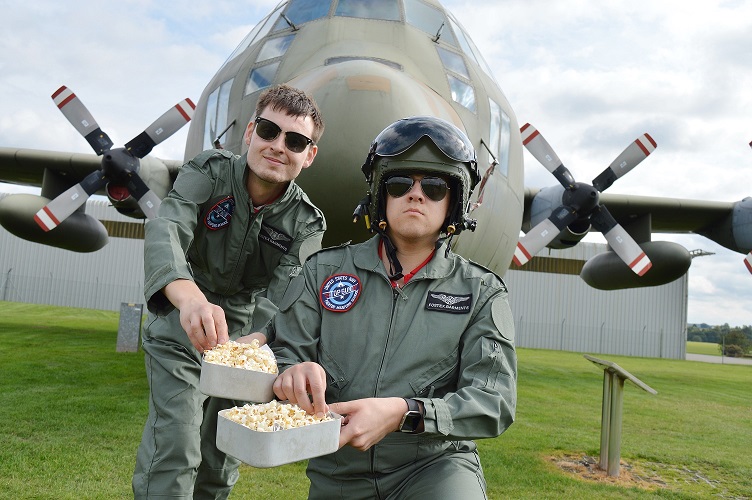 This evening event will see a huge 30ft inflatable screen erected alongside the VC10 and Hercules aircraft, including digital projectors and sound equipment for a true cinematic experience. No movie would be complete without popcorn and especially for this evening event, the Museum will be transforming an aircraft into a popcorn and snacks bar where visitors will be able to step on-board to purchase their essential movie snacks.

Cosford’s big movie weekend will kick start with the epic space opera ‘Star Wars: The Force Awakens’ on Friday 21 September. Set 30 years after the defeat of the Galactic Empire, the film follows defector Finn (John Boyega) and tough scavenger Rey (Daisy Ridley), whose droid contains a top-secret map concerning the whereabouts of Luke Skywalker, the last of the Jedi Knights. The young duo joins forces with Han Solo (Harrison Ford) to ensure the Resistance, led by General Leia Organa receives the intelligence and team up in their fight against the new threat to the Galaxy from the evil Kylo Ren and the First Order, a successor to the Galactic Empire.

It’s been over 30 years since the 80’s cult classic military movie ‘Top Gun’ first graced the big screen but the magic of characters Maverick and Goose will be flying high during this special evening event on Saturday 22 September. This American romantic military action film stars Tom Cruise as Lieutenant Pete “Maverick” Mitchell, a hotshot fighter pilot who’s reckless attitude puts him at odds with his fellow pilots. The film follows Maverick and his Radar Intercept Officer Nick “Goose” Bradshaw’s journey to refine their elite flying skills, coupled with fighting for the attention of the beautiful flight instructor. Packed with plenty of flying action and romantic comedy, ‘Top Gun’ is a timeless classic!

In the build up to the movie, why not take advantage of some of the tasty hot food and beverages on offer. The Ironbridge Catering Company will be joining the event, serving a delicious selection of American inspired street food, all served from their converted yellow American School Bus. Then why not enjoy some cocktails, beer or a glass of fizz courtesy of Jockey Box who will be serving drinks throughout the evening from their converted horse box. A selection of hot beverages will also be available on the night courtesy of The Cocoa Caravan, including coffees and hot chocolates with a dash of your favourite alcoholic tipple!

Film fans are encouraged to bring picnic chairs and blankets for their own comfort as the film will be screened outdoors on a grassed area – there is no allocated seating, so arrive early to get the best spot! Those who really want to get into the spirit of the movie are welcome to don their best Star Wars and Top Gun costumes and accessories! 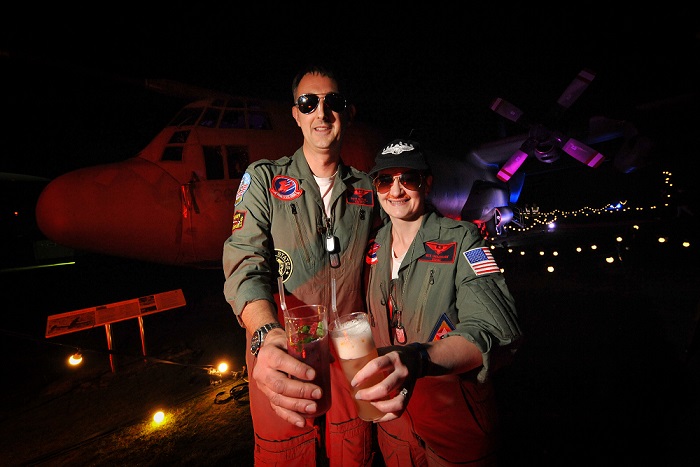 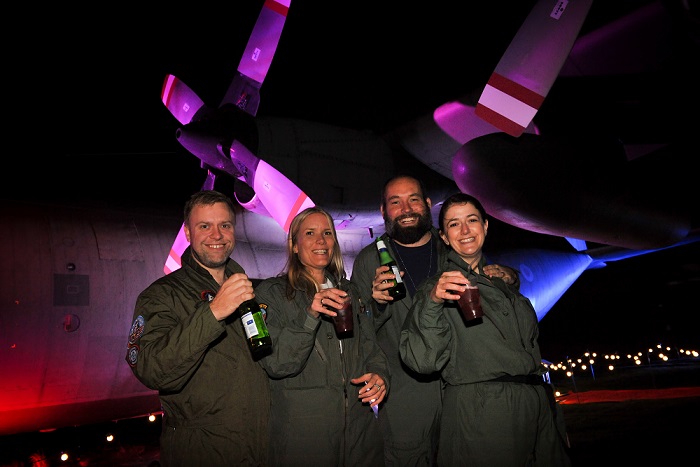 Ticket holders will also have exclusive after-hours access to the Museum’s Hangar 1 when gates open at 6.00pm. There will be plenty of time to enjoy some of the tasty street food, a cocktail or two and of course stock up on your popcorn, before you settle down to watch the movie at 8.00pm (film start time may alter slightly, depending on light conditions). The running time is approximately 2hrs 15mins for ‘Star Wars’ and 1hr 50mins for ‘Top Gun’ and both movies are certified 12A, under 16’s will not be admitted unless accompanied by an adult.