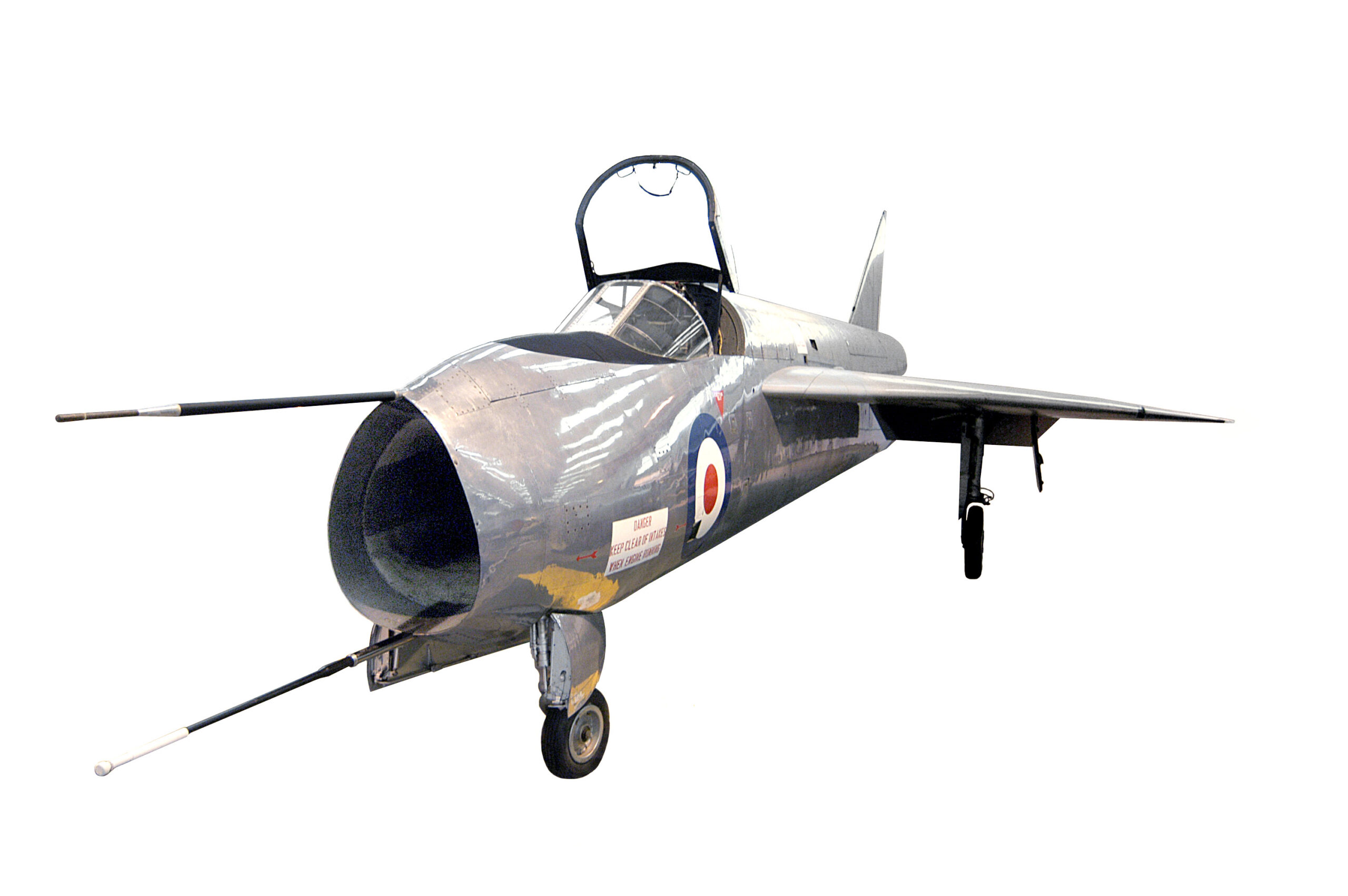 The first flight of P1 WG760 was on 4 August 1954, just 10 years after the RAF’s first jet aircraft, the Meteor, entered squadron service. It was experimental and was the basis for the RAF’s front line fighter, the English Electric (later BAC) Lightning. It was the first and only truly supersonic aircraft developed by Britain on her own.

In 1947 the proverbial back of an envelope design was so novel that the Ministry of Supply and the Royal Aircraft Establishment were deeply concerned as to whether it could succeed. Nevertheless, they placed an order for an experimental study. Two years later they placed a contract for two prototypes and an airframe for static testing.

Primary concern was the 60 degree sweepback of the wing and the low position of the tail plane. To have the concept independently tested they contracted Short Bros. to build the SB5, an aircraft whose wing sweepback could be changed and tail plane raised or lowered. In the event both the P1 and SB5 confirmed the concept.

WG760, the first of the two prototypes, exceeded the speed of sound in level flight, achieving Mach 1.22. The second prototype P1A WG763 reached a maximum of Mach 1.53.

Further developments of the fuselage and the fitting of more powerful engines meant that later aircraft exceeded Mach 2.0. The Lightning stayed in service for nearly three decades.