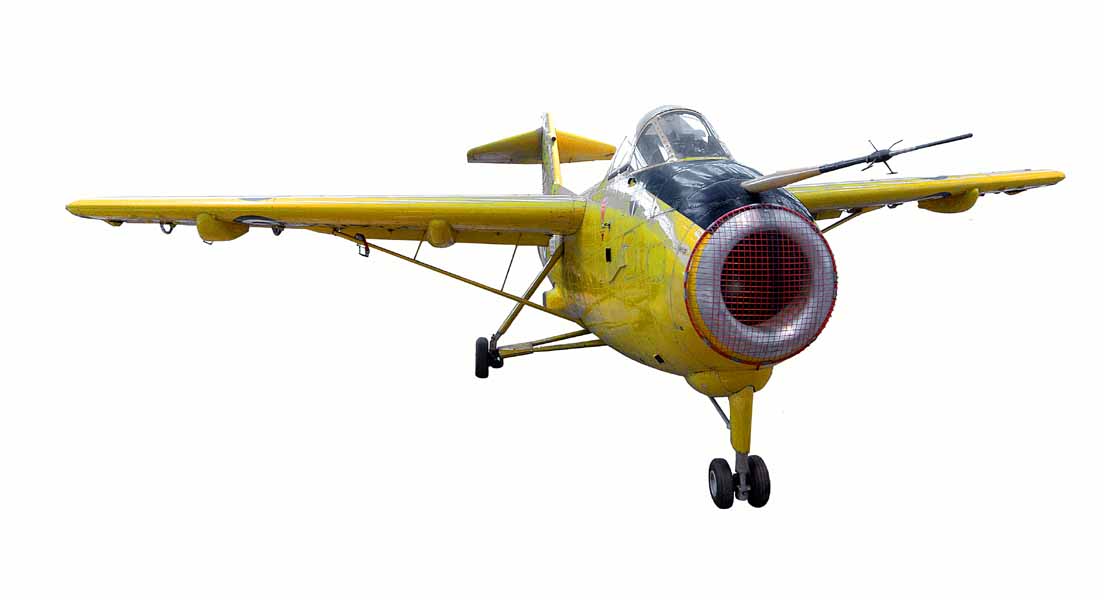 This unusual looking research aircraft was capable of flight at speeds as low as 51.5kph (32mph) by virtue of its ‘jet flaps’ which used thrust ducted from the main engine to increase lift.

The ‘jet flap’ was intended to improve take-off and landing performance, i.e. to enable aircraft to use shorter runways. To generate more lift, a system of sixteen nozzles positioned along the trailing edge of the wing directed more than half the engine’s exhaust gases over the upper surface of the flaps. Another 10% of the engine’s exhaust was directed through small nozzles in the wing tips and tail to provide control at low speeds.

In order to test the concept, Hunting Aircraft was awarded the contract in 1959 to build two aircraft. The first of these, XN714, flew on 26 March 1963.

Over one-hundred experimental flights were made by the manufacturers at Luton and by the Royal Aircraft Establishment’s Aerodynamics Flight at Bedford between 1963 and 1967. In 1969 the aircraft was shipped to the USA for full scale wind tunnel tests by the National Air and Space Administration (NASA). The second H126 was not completed. Upon its return in May 1970, XN714 was placed in storage until struck off charge in September 1972.

Due to the impracticalities of the nozzle system’s complex ducting and its adverse effect on engine power, the jet flap was not developed further.