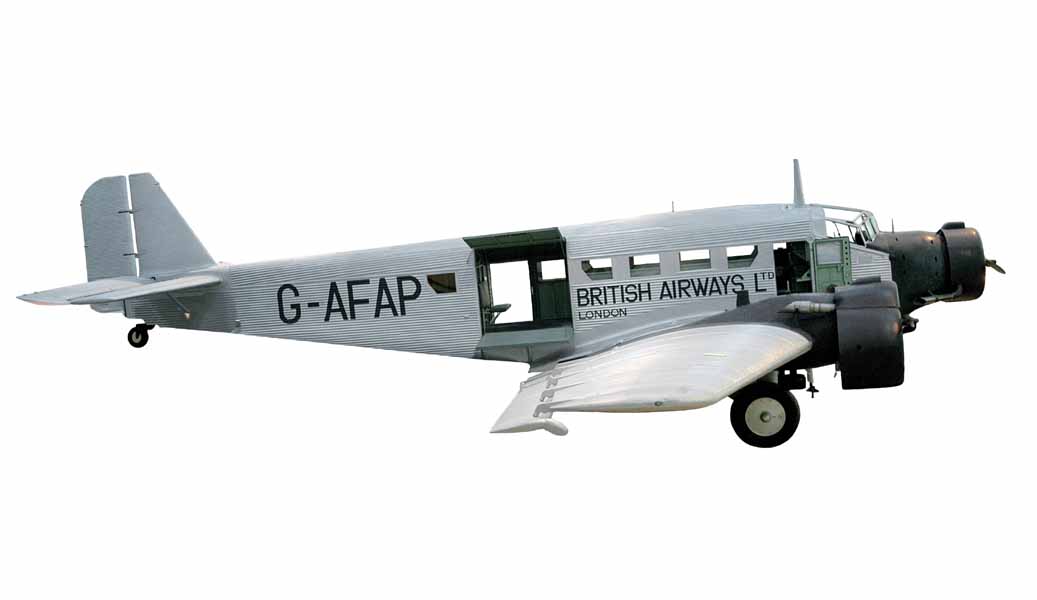 In its time, the Junkers Ju52/3m was rivalled only by the Douglas Dakota as a transport aircraft. It was used by the airlines of thirty countries and several Air Forces. A few examples still fly today with pleasure flight operators.

The Ju52 was the last in a series of corrugated metal-skinned Junkers aircraft. The first aircraft, fitted with a single engine, flew in October 1930. The first three-engined version, the Ju52/3m, flew in April 1932. Orders for this robust aircraft, which could carry seventeen passengers or eighteen troops, soon started coming in and included an order for three from the pre-war British Airways, in whose colours this example is displayed.

By 1934, the newly-formed Luftwaffe was flying bomber-transport Ju52s and the type was soon in action with the Luftwaffe’s Condor Legion, which fought on the Nationalist side in the Spanish Civil War. In August 1936, Ju52s carried out what was then the biggest air-transportation operation ever mounted, carrying 14000 of General Franco’s troops from Morocco to Spain.

During the Second World War the Ju52 became the Luftwaffe’s standard workhorse and was known affectionately as ‘Tante Ju’ (Auntie Ju). Flown mainly as a transport, it also fulfilled air-ambulance and, more unusually, mine-clearance roles. For the latter it was fitted with a large metal hoop which could be energized by a motor to explode magnetic sea-mines.

After the Second World War it was built under licence for use by the Spanish Air Force.