Dr Maria Burczynska will discuss the challenges of multinational operations and the complexity of integration which small air forces encounter in these operations. This is an RAF Museum event organised in collaboration with Lancaster University.

The lecture will be held at 6PM on Thursday 10 February 2022. You can also watch the lecture, and take part in the interactive question and answer session through the online live-stream at  Crowdcast. 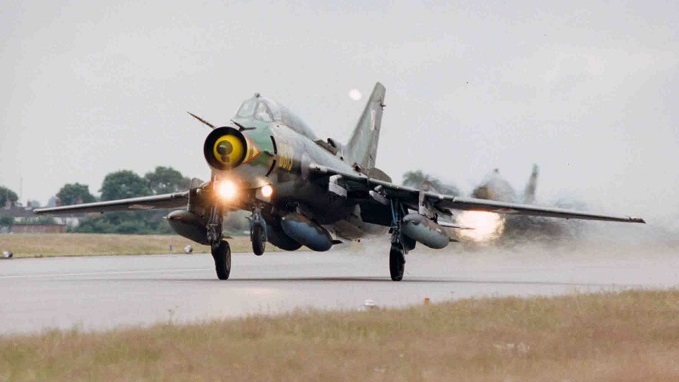 Air power creates a specific environment with internationalised rules, procedures, technological interoperability and English serving as a common language. It is likely that these commonalities are even stronger if air force personnel from different countries works together within the framework of an established structure such as NATO or other alliances or coalitions, since these impose certain standards on the participating states, thus ensuring ease in cooperation. Nevertheless, even within the framework of a multinational organisation, potential difficulties in cooperation between air force staff coming from different cultural backgrounds are likely. This paper will assess the possible challenges small European air forces might encounter in multinational operations. In doing so, it will address two questions – what are the ongoing problems encountered by small European air forces when they participate in multinational operations, and how can these problems be overcome?

After defining what is a ‘small air force’, the paper will focus on four main areas where potential difficulties are most likely to arise for small air forces. These are communication and interpersonal relations, language, national caveats and homogenous rules of engagement as well as interoperability in terms of procedures and technology. These challenges will be discussed drawing mostly from the experience of Polish and Swedish Air Forces which are not only examples of small air forces, but also give an opportunity to investigate the subject from the perspective of their involvement within and outside of a major military alliance like NATO.

The lecture will take place on the RAF Museum’s Crowdcast channel, on Thursday 10 February 2022. This lecture will begin at 6PM.

This lecture is free to attend but registration is required. Booking is quick and easy:

Dr Maria E. Burczynska is a Lecturer in Air Power Studies at the University of Wolverhampton where she is primarily involved in designing and delivering an online MA course on Air Power, Space Power and Cyber Warfare.

Maria obtained her PhD from the University of Nottingham where she worked on a project focused on European air power and its involvement in different forms of multinational cooperation. Her thesis, titled “The potential and limits of air power in contemporary multinational operations: the case of the UK, Polish and Swedish air forces”, is an important contribution to the field of air power studies, which remains to date largely dominated by the US case. The significance of her research was recognised by the Royal Air Force Museum awarding her the Museum’s RAF Centenary PhD Bursary in Air Power Studies in April 2019.

Maria also holds a Master’s Degree in National Security from the National Defence University, currently War Studies University, in Warsaw (Poland). That experience was a turning point for her career as it stimulated her interest in military and air power capabilities of European states and motivated her to pursue further studies in that field. Currently, she is preparing a new research project which will build upon one of the core aspects studied in her doctoral thesis: the influence of national culture on the military culture of European air forces.

ABOUT THE CENTRE FOR WAR AND DIPLOMACY

Recent geopolitical developments – from the increasing militarisation of the Asia-Pacific to the military assertiveness of Russia and the resurgence of the nation-state – have meant that the study of warfare and relations between states has risen to renewed prominence.

The Centre for War and Diplomacy (CWD) provides the historical context and strategic analysis that
will inform understanding of these current global challenges, as well as those of the future. Embracing a global perspective, it pursues research into the mutually informative fields of war and diplomatic relations between states, and combines cross-chronological insights.

Based in the Department of History at Lancaster University, the CWD brings together colleagues from across the Arts and Social Sciences, including*; History, Digital Humanities, PPR, English Literature and Creative Writing, and LICA, and welcomes non-resident and visiting fellows from across the world.

The CWD also supports the MA in International and Military History at Lancaster,
as well as a flourishing community of doctoral students, who benefit from its programme of conferences and seminars. Interested applicants should contact the Directorate for further information.

*These and other external links are provided for informational purposes only; they do not constitute an endorsement or an approval by the RAF Museum of any of the products, services or opinions of the individual. The RAF Museum bears no responsibility for the accuracy, legality or content of these sites.