Virtual Lecture: The Final Fight of Werner Voss and its role in RFC Mythology

At 6.00pm on Thursday 25 August 2022, Michael Terry (Open University) discusses the circumstances of Werner Voss’ legendary final fight and how the subsequent mythologization of that fight, and of Voss himself, has obscured the reality of what happened. The lecture will be live-streamed online via Crowdcast. 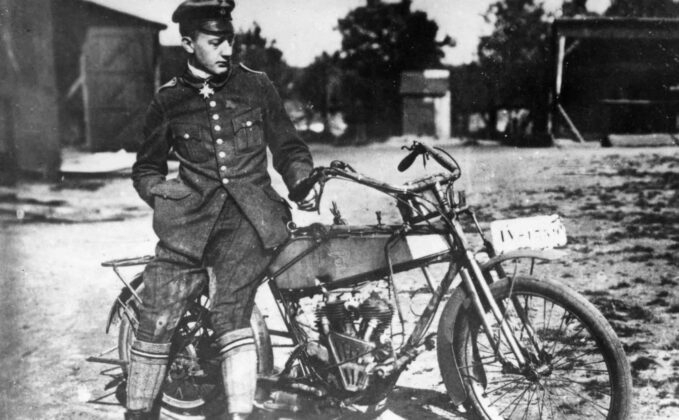 On 23 September 1917 ,the Royal Flying Corps fought perhaps its most legendary battle. The German ace Werner Voss, aged just 20, was hunting British targets alone when he found himself attacked by veteran pilots of the British 56 Squadron, led by the British ace James McCudden. Instead of fleeing, Voss fought them all. In a spectacular display of skill lasting nearly ten minutes, Voss sent three of his opponents out of the fight and damaged nearly all of them before he was finally brought down, his defeat credited to the rising British star Arthur Rhys-Davids. Voss did not survive.

Voss’ performance that day soon turned the fight into a legend amongst British pilots. McCudden called him ‘the bravest German airman whom it has been my privilege to see fight,’, and Rhys-Davids commented ’My God, he was a brave man.’ The legend continued after the war. In 1934, R.F.C. veteran Ira Jones described it as ‘the most daring air battle of all time’ and it remains a famed part of early British aerial history.

This lecture examines the circumstances of this legendary fight. It also examines how the subsequent mythologization of both that fight and of Voss himself has sometimes obscured the reality of what happened on that September evening. By closely examining what pilots like McCudden, Rhys-Davids and Jones wrote about the Voss fight, it is possible to highlight what can be learned about the psychology of early fighter pilots and the way that they constructed their war.

Michael Terry is an early career researcher currently writing a thesis at the Open University on the Representation of First World War Aerial Combat in Literature. His work aims to highlight the significance of this under-researched body of writing. He examines how the literature is highly distinct, confounding our general expectations of what First World War literature should be like, and how it helped form a mythology about early aerial combat that persists to this day.

Although his work is heavily related to history, his professional background and Bachelor’s and Master’s degrees are in English, and so his work involves the close analysis of texts. As well as novels and memoirs, he studies combat reports, diaries, letters, wartime communiques, newspaper articles and publication records. His research work is at military archives such as the Imperial War Museum and also publication archives relevant to the literature examined.

In January 2021, he presented to the Institut Historique Allemand about the 1934 aviation novel Winged Victory and in March 2021 he was an entrant in the ‘Three Minute Military Thesis’ competition for the British Commission for Military History. 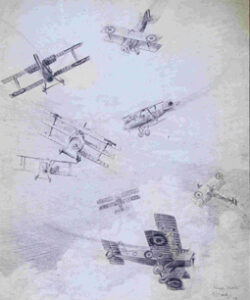