Over the last two years, the RAF Museum has been exploring and strengthening its links to local history. A key organisation to the history of RAF Hendon is 120 Squadron Air Training Corps (ATC), and through the Historic Hendon Project the Museum has been working with the Squadron to explore opportunities for volunteering and storytelling. 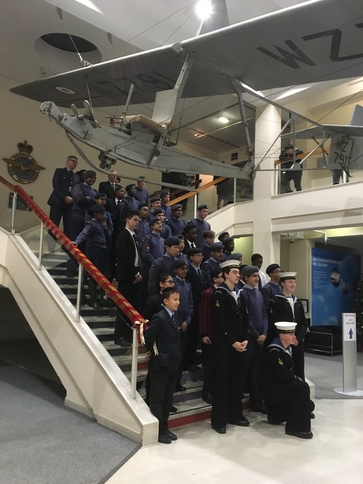 The Air Training Corps aims to promote and encourage interest in aviation and the Royal Air Force among young people. 120 Squadron have had a very long association with the RAF Hendon site, and was the longest resident unit at RAF Hendon (1949 – 1988).

120 Sqn was formed in March 1938, with their headquarters on Brent Street, before moving to St. Mary’s School on Greyhound Hill in 1940. In 1949, 120 Sqn absorbed 1154 Mill Hill Sqn and 410 Edgware Sqn, and moved into four deserted huts on the northwest corner of RAF Hendon. 120 Sqn moved to join 617 Volunteer Gliding School (VGS) in one of the hangars that now forms the northern end of the RAF Museum’s main building (Hangar 4) – 120 Sqn had half of the hangar, and 617 Sqn had the other half.

In 1969, ahead of the opening of the RAF Museum, 120 Sqn moved again, this time into purpose building accommodation on Aerodrome Road, behind the Grahame-White Watch Tower (then in its original location, before its was moved onto the RAF Museum site in 2010).

RAF Hendon closed in 1988, and so two years later 120 Sqn moved into a new purpose-built Headquarters near Watling Park. They are still there now, under the leadership of Officer Commanding Flight Lieutenant RAFVR(T) Anthony Fernandes. 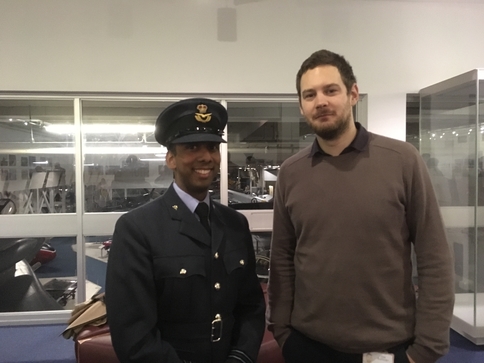 Cadets from 120 Sqn have had a presence at the RAF Museum site for many years. In 2016, they had an opportunity to go out into the community to represent the Squadron, the RAF, and the Museum as part of the Historic Hendon Project, funded by Heritage Lottery Fund and John Lyon’s Charity. Cadets supported the Museum at community events during 2016 and 2017, attending uniform and working with local families on fun craft activities, such as making craft helicopters and gliders, and running codebreaking activities. Reception was incredibly positive from residents, who were thrilled to see young men and women in full uniform helping out, and it had a huge value in connecting local people in Colindale and Hendon to the RAF heritage of their home. 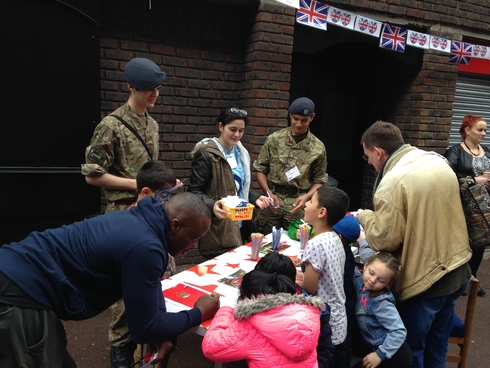 120 Sqn Cadets also contributed material in the co-curation workshops run by the Museum in 2017. As part of a project, to tell different stories from the history of Hendon, Cadets made collages from historic material. Several of the stories highlighted by the Cadets were more personal, about themselves and their Squadron, reflecting the comradeship on display in the Squadron.

This was nicely summed up by Corporal Eghosa Igori, who says “120 is quite a close unit – I’m comfortable and friends with everyone here”. This highlights an important function that the Air Cadets serves, bringing young people together to have fun and learn new skills. The collages produced by the Cadets helped to identify stories that will influence site interpretation produced by the Museum as part of the Historic Hendon Project. 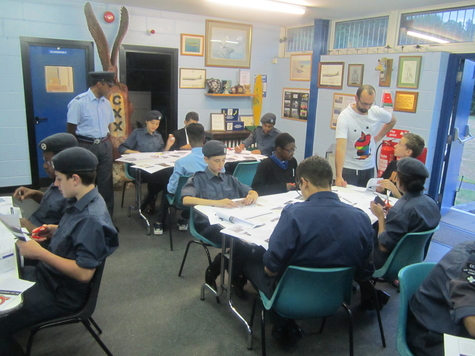 Soon one Cadet from 120 Sqn will be a permanent fixture at the Museum. We are producing a silhouette of Taila-leigh Grose as part of our new galleries and exhibitions.

With silhouettes in the exhibitions drawn from 100 years of RAF history, Taila-leigh will represent the importance and role that the Air Cadets play in the RAF. Her thoughts sum up the role of the Air Cadets, and why 120 Sqn is such an important presence in the RAF Museum community: “Even though cadets is about discipline, they also challenge you to your limits… like flying, it’s like a different experience because you’re pushing your boundaries and doing stuff you’ve never done”. 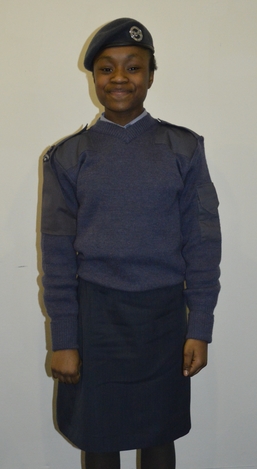