This post contains details of front-line actions and mental health issues that some may find upsetting.

As a part of our RAF Centenary celebrations, the RAF Museum launched RAF Stories. This is an online project that collects and shares stories of people’s historical and contemporary connections to the RAF. It offers people from around the world the chance to discover, share and contribute to the story of the RAF in its 100th year, helping to preserve its amazing history for years to come.

To mark Mental Health Awareness Week, we have been sharing some of the inspiring stories of RAF personnel and their experiences with mental health. Through the RAF Stories project, many service personnel, as well as family and friends, have bravely shared with us their own experiences with mental health and how they have overcome their issues – demonstrating the importance of starting a dialogue around mental health and why no one should be ashamed to ask for help. 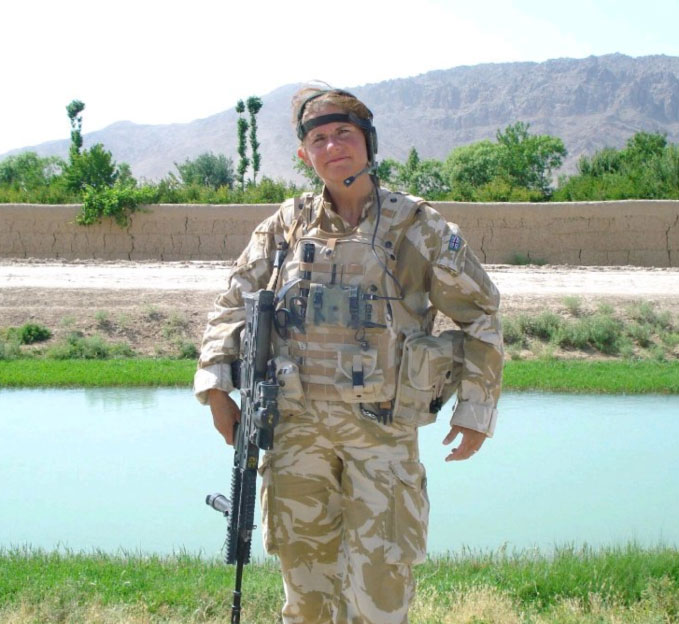 One of the stories to come out of the project so far is that of Michelle Partington. Michelle was the first female to work alongside the RAF Regiment as a Medical Support Officer, helping to make the RAF a more inclusive organisation.

However, despite all the training, Michelle said that nothing could have prepared for the extent of the injuries she went on to see during her three tours of Afghanistan. Michelle was medically discharged from the Air Force, and struggled to make therapy appointments, keep civilian work, and participate in normal life, as everyday sights and sounds triggered her anxiety.

It wasn’t until 2012 that Michelle was officially diagnosed with PTSD (Post-Traumatic Stress Disorder). One day, Michelle made the brave decision to reach out for help, and with the therapy and support she needed, she began to return to her former self. Since then, Michelle has set up her own mental health charity called Behind the Mask Mental Health Foundation. As well as this, she also delivers talks and workshops about her own experience, with the hope of helping others who struggle with their mental health. 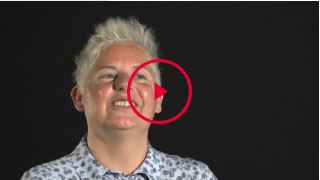 Another story we would like to share is that of Paul Twitchell. Paul was a part of the Bomb Disposal Squad as a Weapons Technician Instructor on three separate tours of Iraq, where he and his colleagues witnessed horrific incidents.

After a long period of suffering from anxiety and a poor state of mental health, Paul was eventually diagnosed with PTSD, and he began on his road to recovery. In 2018, after his wife secretly applied for him in an attempt to help with his PTSD, Paul competed in the Invictus Games in Sydney winning the silver medal as part of the sitting volley ball team. 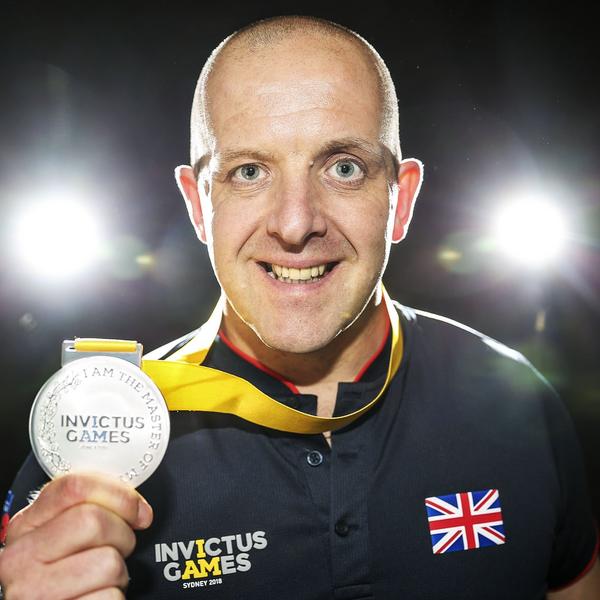 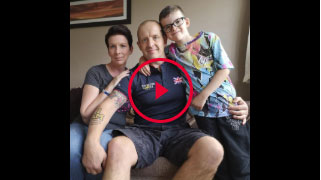 The final story we would like to share comes from actress Minnie Driver, about her father Charles Ronald Driver. Charles was a part of Bomber Command during the Second World War, but Minnie remembers how he rarely spoke about his experience.

This was unfortunately the case for many men returning from the war, and PTSD was not a recognised mental health condition until 1980, and instead they were considered to have LOMF – Lack of Moral Fibre.

Minnie recalls that her father threw his medals into the Thames because of survivors’ guilt. Thankfully, PTSD is now a recognised and support is offered openly to all those serving in the RAF. 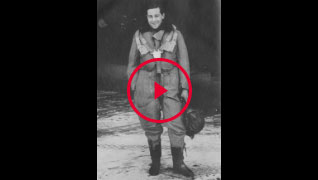 By sharing the stories of Michelle, Paul and Minnie’s father, we hope that it will help others feel comfortable talking about any issues they may be going through, and to ask for the help and support they need, no matter what their mental health condition may be.

To hear more inspiring stories, go to www.rafstories.org where you will also find other stories about people’s experiences with the RAF. If you wish to share your own experience, download the ‘RAF Stories’ app for free.

RAF Stories is supported by the National Lottery Heritage Fund.

Grace Chew chose to undertake her MA Museum Studies work placement with the RAF Museum, within the RAF Stories team. After completing 8 weeks with the team she has stayed on to help promote the RAF Stories project, encouraging anyone to submit their memories and personal experiences of the Royal Air Force to the RAF Stories website. Away from the museum, Grace works for the National Trust.