The RAF Museum always has aircraft being worked on at the Michael Beetham Conservation Centre, and one of the important jobs is making sure the correct colour scheme is applied. Two of the aircraft that can be viewed this week are the Westland Lysander, R91254, and L.V.G. C.VI, 7198/18.

The RAF Museum collection is quite sparse on first-hand material relating to the colour schemes of Special Duties aircraft. In his book “We Landed by Moonlight”, Group Captain Hugh Verity claims to have come up with the scheme used for SD Lysanders stating that the all over “black” (Night) was too dark when viewed from above, so he had his aircraft painted with “light grey and dark green”. The description he gives indicates his scheme was similar, if not the same, as that worn by Mosquitoes employed in the intruder role. This scheme consisted of a disruptive pattern of Dark Green and Medium Sea Grey painted on the top surfaces of the wings, all tail surfaces and the upper surface of the fuselage; the undersides of the wings, tail planes and the lower fuselage were painted Night.

Very few wartime photographs of R9125 are known to exist, in fact we are aware of only two, one in the museum’s collection and one in the hands of a private researcher who has studied the Lysander for many years. Whilst our Lysander is alleged to be the aircraft used in the wartime produced film “Now It Can Be Told” the footage isn’t of a quality high enough to make out all the detail. 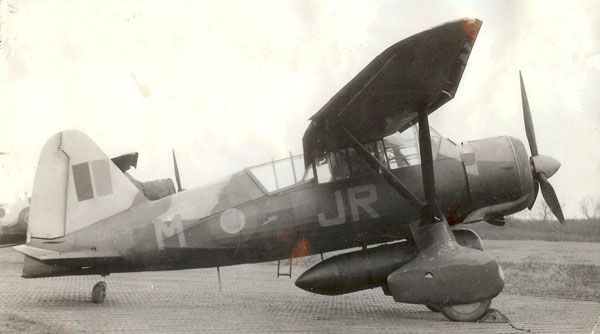 The photograph in our collection confirms the scheme described by Hugh Verity as well as the identification codes but highlights a few small details we would otherwise not have been aware of. At some point the cooling gills on the cowling had been removed and replaced; however, two of them had been swapped around. Another thing that would otherwise have been missed is that the upper surfaces of the undercarriage legs and wheel spats were painted in Dark Green or Medium Sea Grey.

L.V.G. C.VI was one of many prize aircraft evaluated at the end of the First World War, however it was repainted by the RAF in a spurious scheme to take part in the 1937 RAF Pageant at Hendon. Luckily some photographs prior to the repaint exist, such as that above, which together with the standardisation within the Imperial German forces mean we can be reasonably sure of the colour scheme.

At the time 7198/18 entered service the wooden portions of the fuselage would have been given a coat of clear varnish, with the tail painted white. Metal panels on the fuselage, the interplane struts and the wheel covers were painted a grey-green colour. The wings and horizontal tail surfaces were covered in the distinctive lozenge fabric used on many German aircraft, in this instance L.V.G. commonly used the 5 colour pattern on the C.VI.

The photographs showed us that our example carried a number 5 on the fuselage sides, in a distinctive style.