On 28 June 1939 King George VI approved the formation of the Women’s Auxiliary Air Force (WAAF) for duty with the Royal Air Force (RAF) in a time of war. It was not the first time that women had served alongside the air force during a major conflict.

The Women’s Royal Air Force (WRAF) had been established at the same time as the RAF on 1 April 1918. Its members had demonstrated the important contribution women could make to the air war. They had, however, fallen foul of post-war defence cuts and been abolished in 1920. 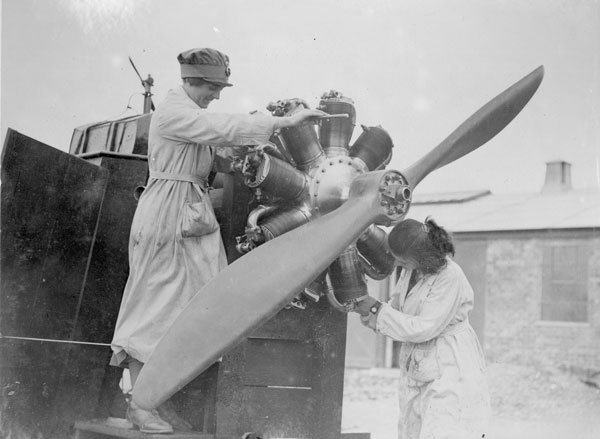 With the signing of the Treaty of Versailles, 100 years ago today, the potential of a future war was still a possibility. The idea of forming a reserve of women who could be employed should this take place continued to be considered. Various voluntary groups formed during the 1930s. Several of these received official recognition by the Air Council on the understanding that members would place their services at the disposal of the authorities if the occasion arose.
Dame Helen Gwynne-Vaughan, former Commandant of the WRAF was instrumental in the formation of the Emergency Service. She had approached the War Office and the Air Ministry for support with drill and lectures to train officers. On one occasion it is reported that a sergeant found among his audience the wife of a Marshal of the RAF, the wife of the Chief of the Air Staff and the wife of the Air Member for Personnel. 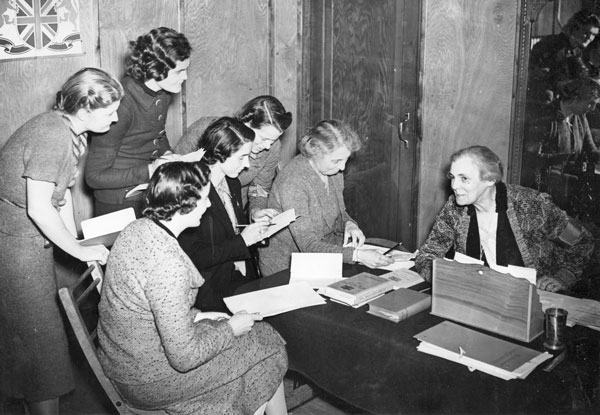 With war clouds gathering it was decided to form a new combined uniformed women’s organisation. It was to be called the Auxiliary Territorial Service (ATS). The Air Council gave its support on 23 August 1938 but asked that women enrolled for duty in the RAF should serve in separate companies and wear a distinctive badge on the collar incorporating wings. Formed on 9 September recruitment got underway. It was agreed that any new ATS Company formed in London should be attached to RAF Hendon, (site of the RAF Museum, London). 601 Squadron, Auxiliary Air Force based there, welcomed the recruits having already trained Emergency Service volunteers.

During the autumn, this idea was extended to the whole country. RAF Companies of the ATS, which had been working with the Territorial Army would be attached to units of the Auxiliary Air Force and from January 1939 these Companies, 48 in total, became the responsibility of the Air Council. The emphasis continued to be on the training of leaders and not on substitution in RAF trades, this would come later. In March, separate RAF courses were started at the ATS School of Instruction for officers at the Duke of York’s HQ in Chelsea and alternated with Army courses until the outbreak of war. Blue cloth was also ordered for the RAF Companies with Lady Trenchard and Dame Helen Gwynne Vaughan advising on uniform details. The Director of Personal Services recommended that the RAF badge and badges of rank should be worn.In April 1939, the Air Member for Personnel later MRAF Viscount Portal, proposed breaking from the Army completely and forming a new service. The Air Council agreed choosing the title the Women’s Auxiliary Air Force. Jane Katherine Trefusis Forbes was appointed its first Director. 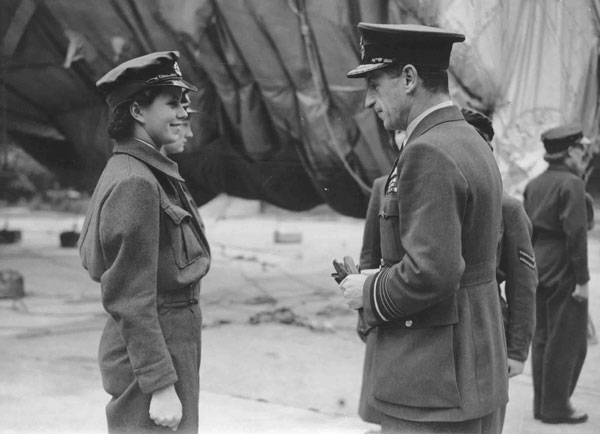 The National Defence Rally of All Women’s Services took place on 2 July 1939. This was the first public display for the new force just a few days after it had formed. The King took the salute of the airwomen as they marched past. 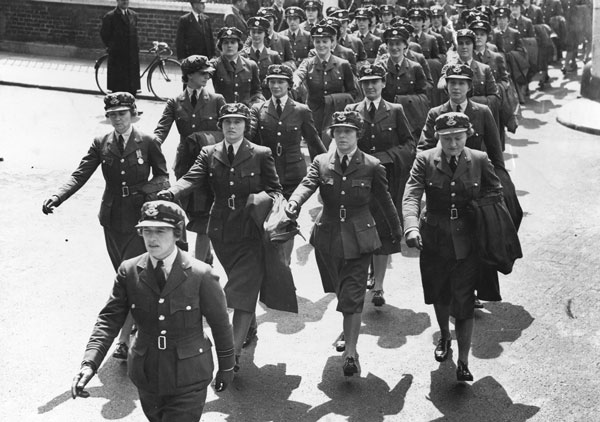 When war was declared on 3 September 1939 the WAAF had 1,734 members. Just four years later its strength would peak at 182,000. The type of work undertaken by the women would also expand from the initial traditional clerical and domestic roles to a broad range of jobs which included specialist work and technical trades. The WAAF would go on to provide vital service with the RAF during the Second World War. 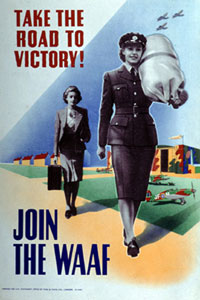 The formation of the WAAF together with the contributions and sacrifices made by its members represent major steps taken towards the fully integrated RAF of today.
To learn more about women of the air force please see the Museum’s online exhibition of Women in the Air Force.