1 March is St David’s Day and a Welsh national day of celebration. We would like to dedicate this blog to all the brave Welsh who served in the Royal Air Force and their remarkable achievements.

Though the exact date of his death is not certain, tradition holds that Saint David died on 1 March, which is the date now marked as Saint David’s Day. In Welsh, the name David became Dafydd, which in itself became the origin for the nickname “Taffy”. We will see below that there were a few Taffys, who played an important role in the history of the Royal Air Force. 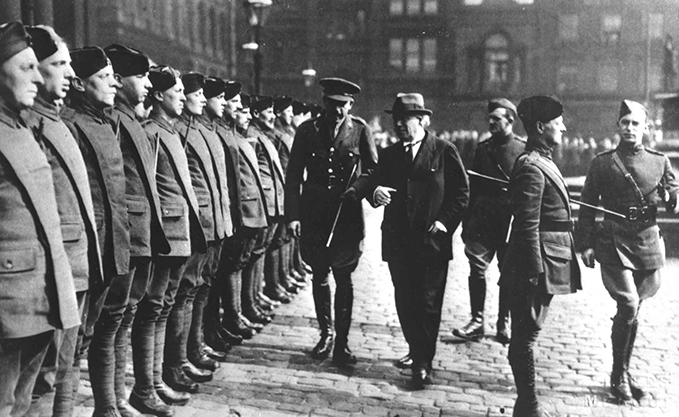 The first was not an airman, but a prime minister. One could say that David Lloyd George, Prime Minister from 1916 to 1922, was the main political supporter for the creation of the Royal Air Force. Until 1918, air power was divided between the Army and the Navy. These two services, the Royal Flying Corps and the Royal Naval Air Service, were duplicating tasks and wasting resources. This became painfully clear when the Imperial German forces launched a bombing campaign against Britain and both services were unable to stop it or retaliate in kind. 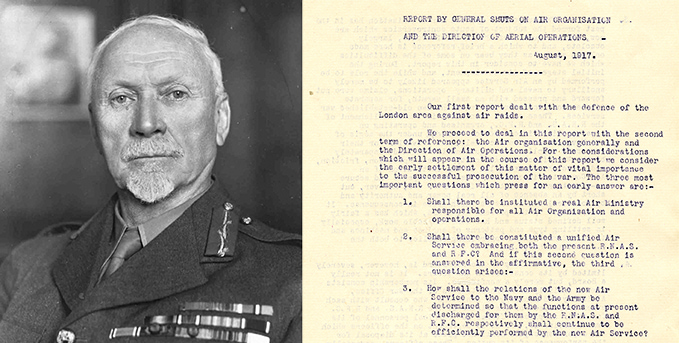 He chaired a two-man committee – with South African Jan Smuts – to investigate and report on the state of Britain’s air defences, the Air Board and the dual air forces and to make recommendations for improvements. The Smuts report advocated a single unified air force along with an air ministry to organise it. You can read this important report on our website.This report laid the foundations for the creation of the RAF on 1 April 1918.

A second Taffy is the highly decorated James Ira Thomas “Taffy” Jones DSO, MC, DFC & Bar, MM. When the First World War broke out, he joined the Royal Flying Corps as an air mechanic. As happened, quite often, ground crew were given the opportunity to become air crew. In January 1916 he started as an observer in two-seat aircraft and the following year, he became a pilot. Posted to No.74 Squadron in 1918, he was fortunate to serve under the excellent commander, Mick Mannock. 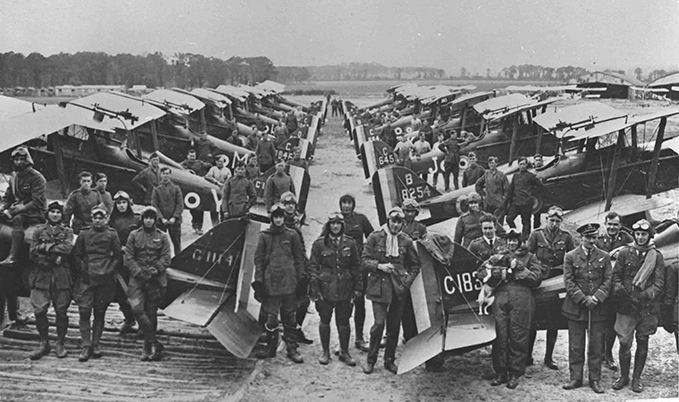 From May to August 1918, only three months, he scored 37 victories flying the Royal Aircraft Factory SE5a, making him one of the top aces in the RAF. After the war, Taffy Jones volunteered to join the RAF fight against the Bolshevik forces in Russia. He stayed with the Royal Air Force until 1936 but was recalled to active duty when the Second World War broke out. While flying an unarmed aircraft, he spotted a German aircraft and attacked it … with a flare gun! 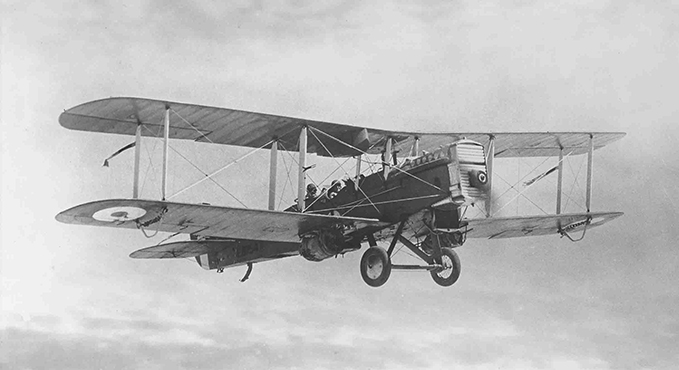 Dr Edward George “Taffy” Bowen, CBE, FRS was a Welsh physicist who was born into a working-class family in Swansea, but displayed great intellectual capabilities at a young age. At the age of nine, he had already built a radio transmitter. He joined Swansea University aged 16, he had his master of science degree by 19, and was a professor aged 24. Although radar was invented by a team under Robert Watson-Watt, Taffy’s main contribution was that he managed to miniaturise radar from use in the famous tall Chain Home masts to smaller versions that could be fitted into aircraft, patrolling the Atlantic Ocean.

As such, his work was instrumental in winning the Battle of the Atlantic, during which Nazi German U-boats attempted to cut supplies to Britain, stopping vital arms and food reaching Britain from overseas. If that wasn’t enough, the breakthroughs which Prof Bowen made in the field of electro-magnetism during his career not only led directly and indirectly to modern air-traffic control systems, but also for devices which changed how we lived, such as cathode ray tube television sets and microwave ovens. 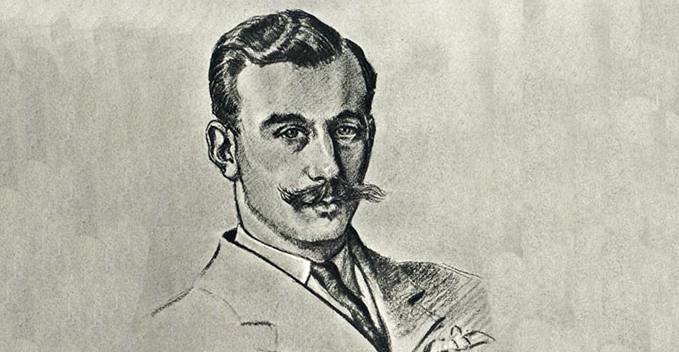 Wing Commander Frederick “Taffy” Higginson, OBE, DFC, DFM was a policeman’s son, born into a Welsh language-speaking family in Swansea. He joined the RAF straight from school as an apprentice in 1929, aged 16. In 1932 he was posted as a fitter / air gunner to No. 7 Bomber Squadron, but was accepted for pilot training in 1935. Flying the Hawker Hurricane fighter aircraft, he scored his first victory on 17 May 1940. By late September 1940, he had shot down or damaged at least 15 enemy aircraft and had earned the Distinguished Flying Medal.

In June 1941, he was shot down and taken prisoner. However, when his German captives were distracted by overflying aircraft, he managed to escape. He remained on the run for several months, hiding his true identity, until British secret services succeeded in bringing him back, dressed as a priest. He rejoined the RAF and stayed in the Service until 1956. The Higginson Trophy, a trophy named after him and his endeavours while captured, is awarded annually to an outstanding RAF Regiment Field Squadron. To win, a squadron must have shown exceptional leadership, outstanding professionalism and sustained endeavour on both operations and exercises.

Not only the people of Wales, but also several sites in Wales are closely linked to the history of the RAF. For instance, RAF Sealand was one of the earliest civilian airfields in the country and – like Hendon – was taken over by the military in 1916 for training. Together with RAF St Athan it was a major centre for technical training, apprenticeships and maintenance. 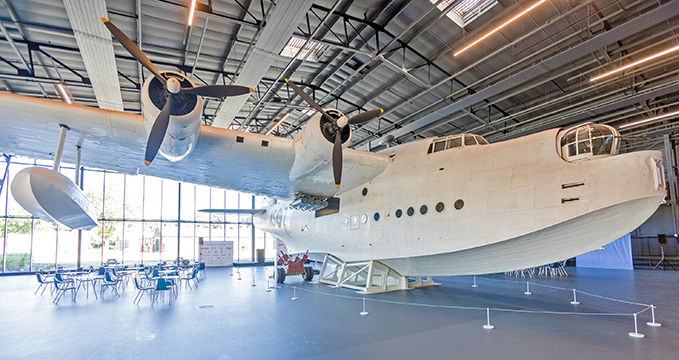 A very important station was RAF Pembroke Dock, which at some point was the world’s largest seaplane and flying boat station and home to 99 aircraft. Its motto was Gwylio’r gorooewin o’r awyr which translates into English as “To watch the west from the air”. That summed up nicely what RAF Pembroke Dock did: its flying boats patrolled vast areas of the Atlantic Ocean. The majestic Short Sunderland flying boat, housed in Hangar 1 at the RAF Museum London, made its final flight in 1961 to Pembroke Dock, where it stayed for several years until transported over land to the RAF Museum.