I have known of the defeat of Singapore from a young age. This is due to my Father telling me of his Uncle who served in the Army, was captured in Singapore, returned home years later with scars on his back, did not talk about his experiences and died soon after. This sadly was not an uncommon experience amongst those who returned from captivity. The capture of Singapore has been ingrained into my memory as it has been for thousands of other families. For many it marked the beginning of years as a prisoner of war (POW) for others it marks the end of the Empire. It was the worst British military defeat. A defeat that stupefied Churchill in the words of his Doctor.

Singapore is located off the tip of the Malaya (now Malaysia) peninsula and was a British creation of Empire through and through, founded by Stamford Raffles. By the 1930s it was the fourth largest port in the world. As Jan Morris notes in ‘Farewell the Trumpets‘, ‘It was traditionally one of the main pivots of imperial power’.

Between the wars a major building project took place fortifying the island, costing 60 million pounds. This was designed to ensure security of the empire east of Suez. It had batteries of guns guarding the sea, an airbase and some 7,000 men. Singapore was widely assumed to be impregnable, to be able to hold out any attack until a fleet sailed in sent from Britain. Australia and New Zealand looked to Singapore to aid their security against the threat of Japan. It gave them peace of mind to know that, in the event of conflict, having a base where a fleet despatched from Britain could be based and so act as a deterrent. 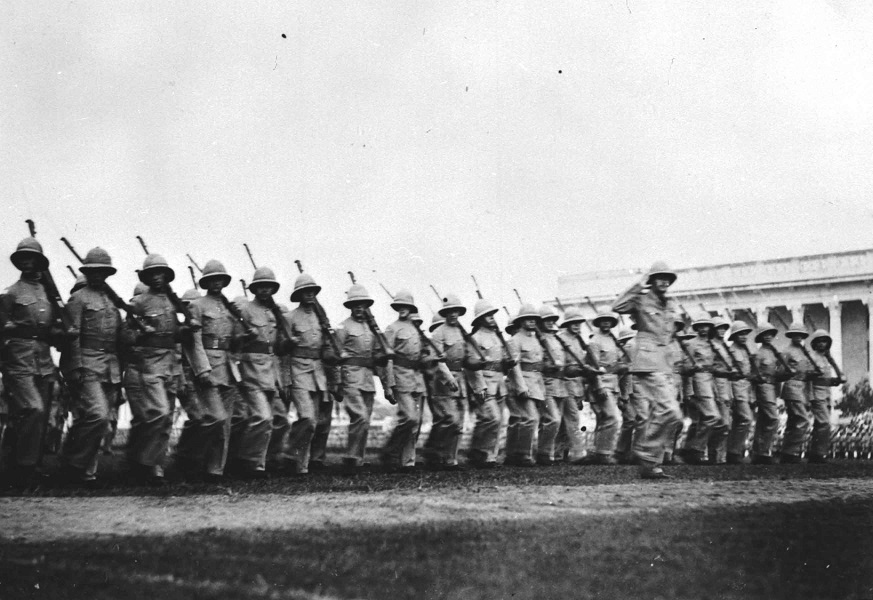 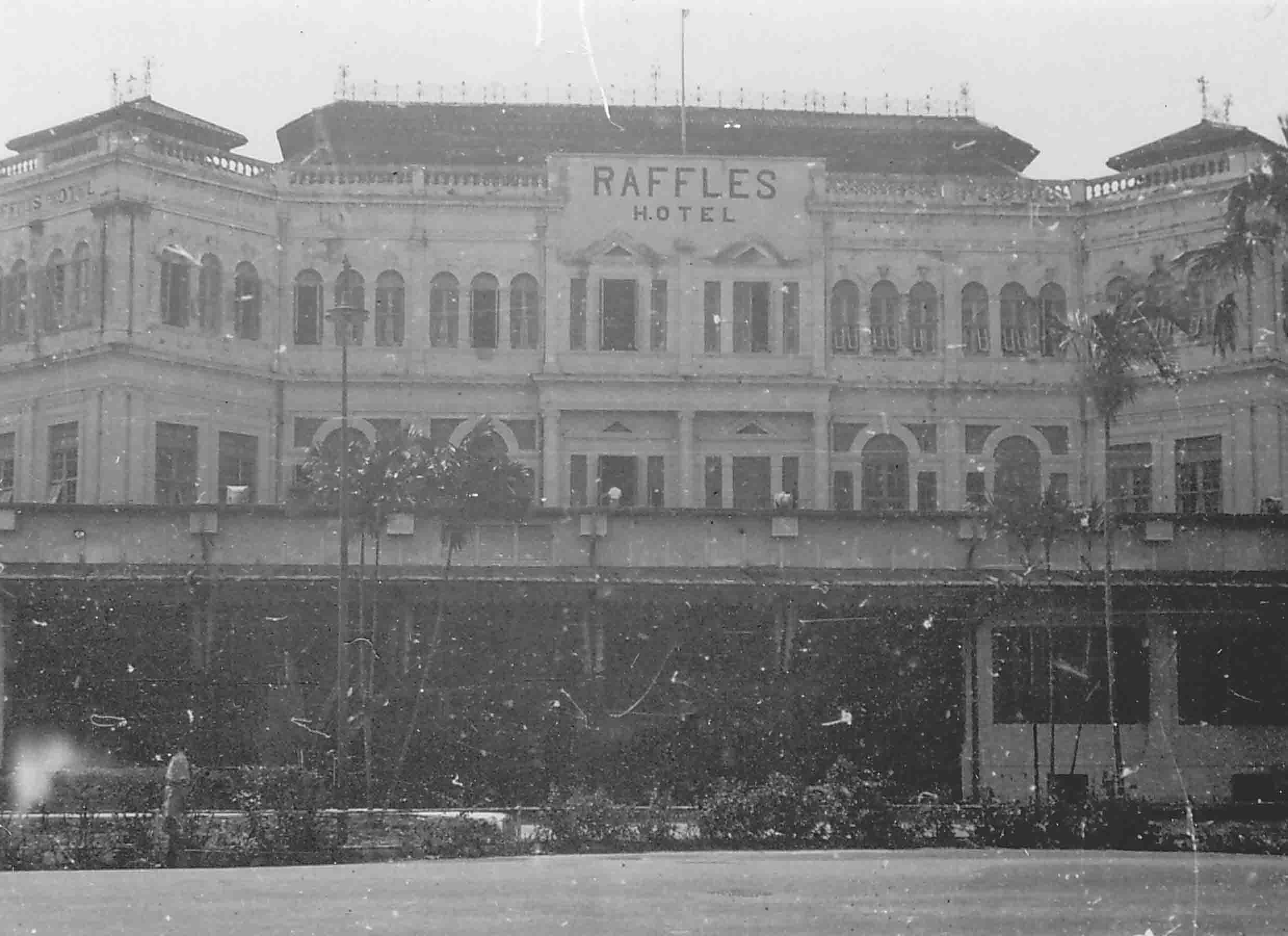 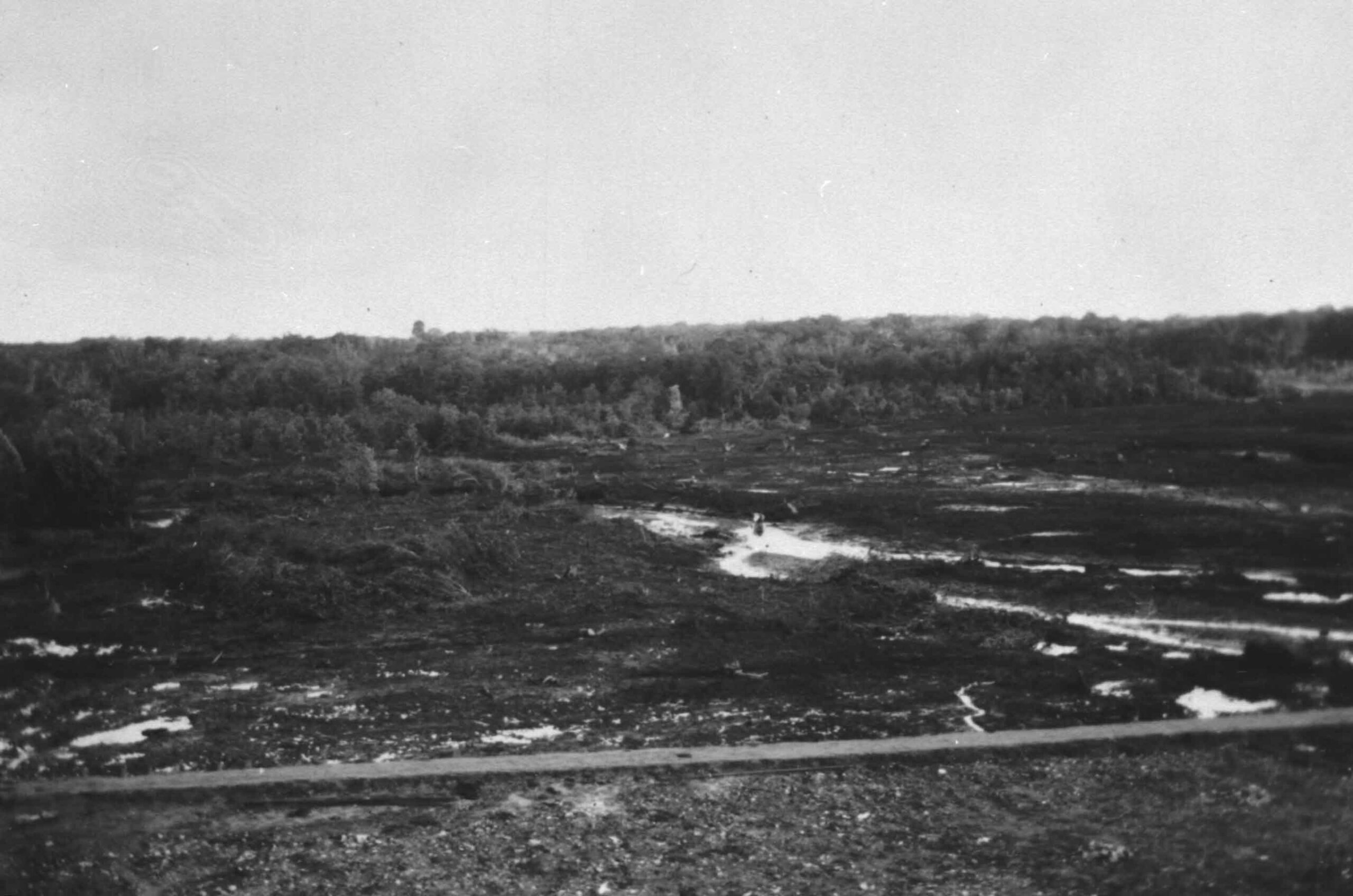 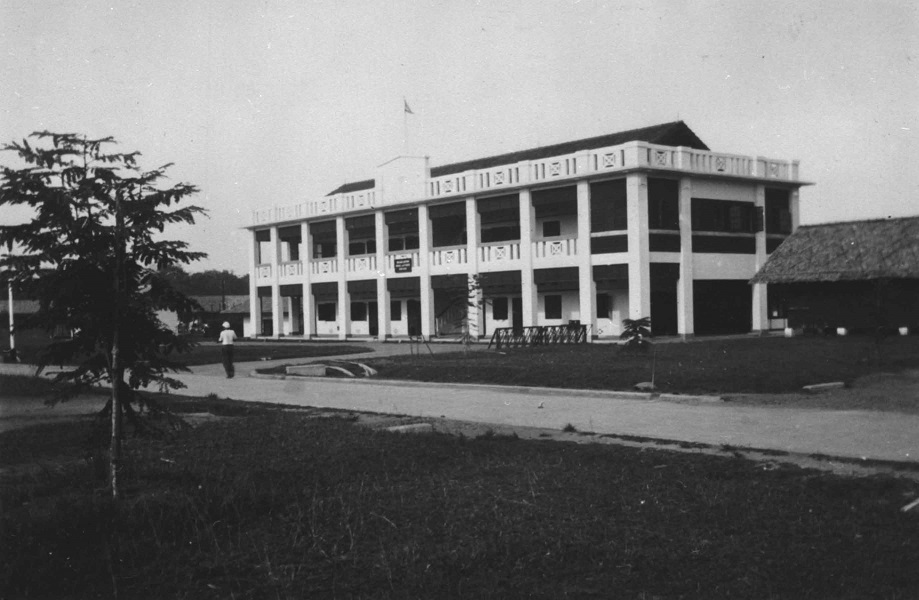 During his tenure as Chancellor during the interwar period, Winston Churchill had restricted the money being spent to fortify Singapore. On 15 December 1924, Churchill wrote to the then Prime Minister Stanley Baldwin stating that he did not believe that there was ‘the slightest chance’ of a war with Japan ‘in our lifetime’. On the basis of these views he successfully reduced the planned scale of fortifications in Singapore. This view changed on 7 December 1941 when Japan launched a surprise attack against the United States bombing Pearl Harbour and on the same day Singapore.

The men and leadership of the Japanese Army and Navy were highly experienced and efficient veterans, having been at war with China since 1937 and their aircraft, particularly their fighters were much better then was thought at the time, although they had no independent air force. Their Navy was the strongest in the Pacific. Unlike the Allied forces they also embraced the jungle and were not wary of it, their tactics were to close quickly with the enemy, this would keep their opponents off balance and always on the back foot. As an opposition they were dismissed by many in Allied High Command, perhaps due to old-fashioned ‘empire thinking’. It is also to be remembered that threats were nearer Britain’s shores at this time with Germany on the doorstep and that is where the concentration of Allied forces would be, defending Britain. To give some idea of the priority of the defence of the Far East the Admiral in charge of the British Far Eastern fleet, which consisted of three cruisers and five destroyers, was himself based in London.

An RAF officer was in charge of the defence of Singapore. Air Chief Marshal Sir Robert Brooke-Popham was appointed Commander-in-Chief of British Far East Command and was responsible for overseeing the defence of Malaya, Singapore, Burma and Hong Kong. However, this Command had restrictions, he did not have full control over all the forces or the civilian administration. A veteran of the Royal Flying Corps, he was appointed on 18 November 1940, aged 62, returning from retiring from active service. Brooke-Popham asked for reinforcements continuously as his experience told him that his forces could not fight off a Japanese offensive. His requests were turned down or ignored. He wrote of ‘the feeling of being neglected’. After the Japanese invasion and its rapid success, he was relieved of command on 27 December 1941. He was accused publicly of being responsible for the loss of Singapore and the Government decided to change their minds on offering this highly experienced officer a baronetcy in the New Year’s Honours list. Sir Robert Brooke-Popham continued to serve where he could. He left the active list in May 1942 and from 1942 – 1945 served as inspector-general of the Air Training Corps and also president of the Navy, Army and Air Force Institutes. As his Oxford Dictionary of National Biography entry states, Brooke-Popham was a ‘brilliant professional officer’ who recognised the weakness of the situation in Singapore and the Far East, but as commented by H Probert in ‘The Forgotten Air Force: The Royal Air Force in the War Against Japan, 1941 – 1945‘ for all his endeavours, [Brooke-Popham] had to pay the price of being in the wrong place at the wrong time’.

The Royal Air Force was to play its part in the battle to defend Malaya, the gateway to Singapore. But this air battle was effectively over within two days. The RAF could not match the superior numbers of aircraft of the Imperial Japanese Army and Imperial Japanese Navy and, on the whole, their aircraft were outclassed.

At the outbreak of war with Germany in September 1939 the RAF had at its disposal to defend the Far East 24 Bristol Blenheims, 10 flying boats (a mixture of Supermarine Sunderlands and the older Short Singapores) and 24 torpedo bombers in the form of Vickers Vildebeests. Fleet Air Arm also contributed Fairey Swordfish and Supermarine Walrus aircraft. In 1939, the RAF had no fighter aircraft station in the Far East. It was estimated by High Command that some 336 aircraft would be needed in the defence of Malaya and Singapore in the form of 22 squadrons. When Japan attacked there was 14 squadrons with a total of 215 aircraft. The mainstay Allied fighter aircraft was the American built Brewster Buffalo. Considered unsuitable for war in the West because of its poor comparative performance it also proved to be outmatched in rate of climb and speed by the Japanese Mitsubishi A6M ‘Zero’ fighter. Most RAF pilots were also lacking combat experience, many arriving fresh from flying training schools in Australia and New Zealand. 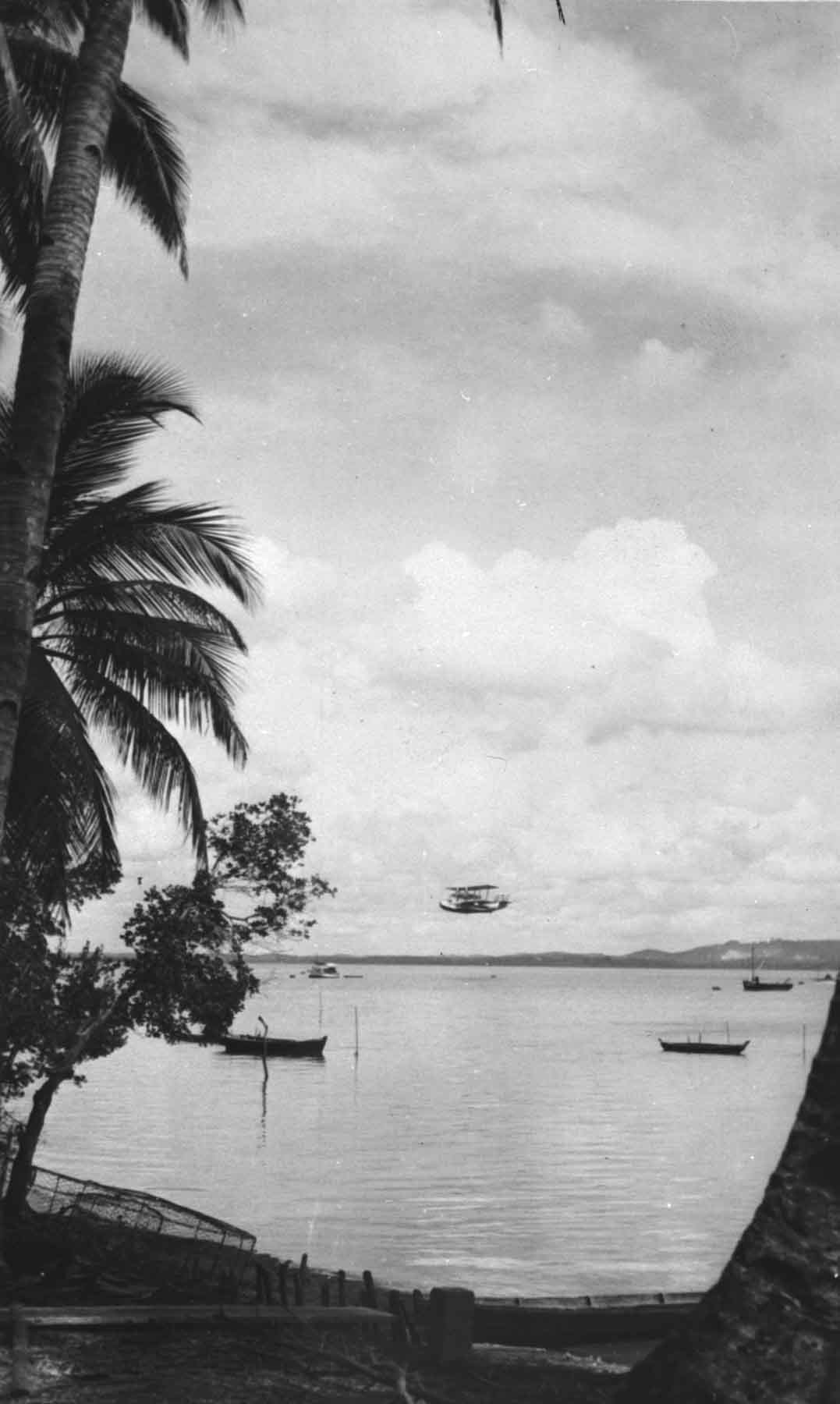 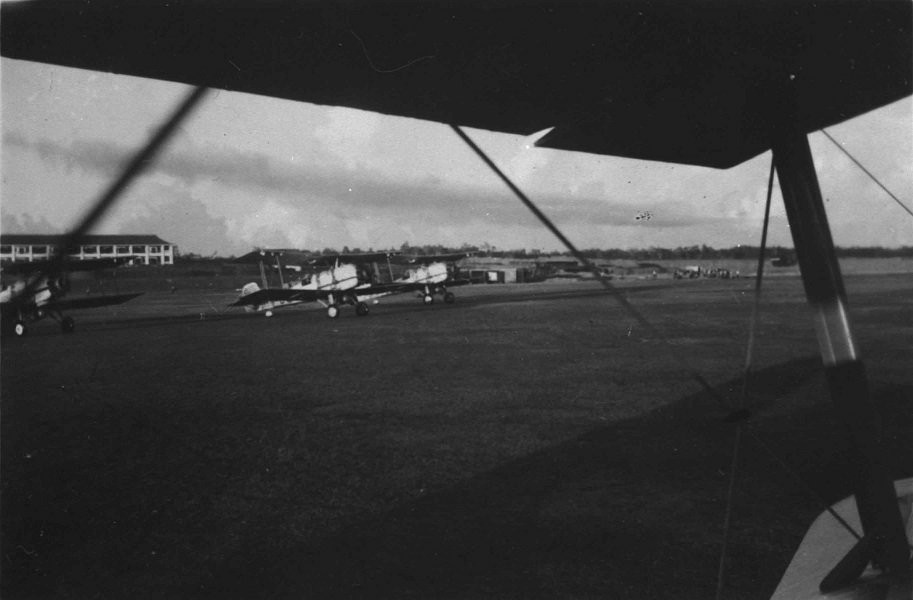 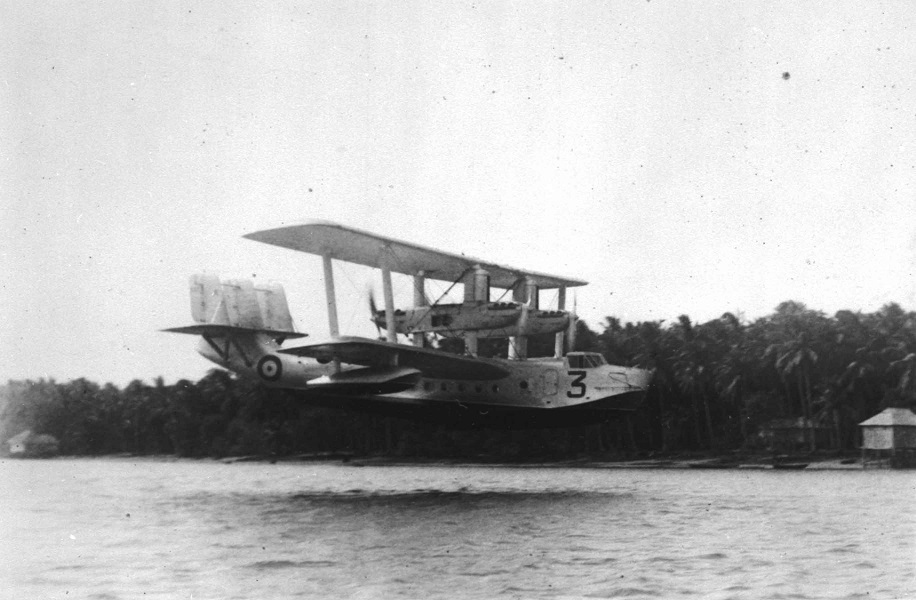 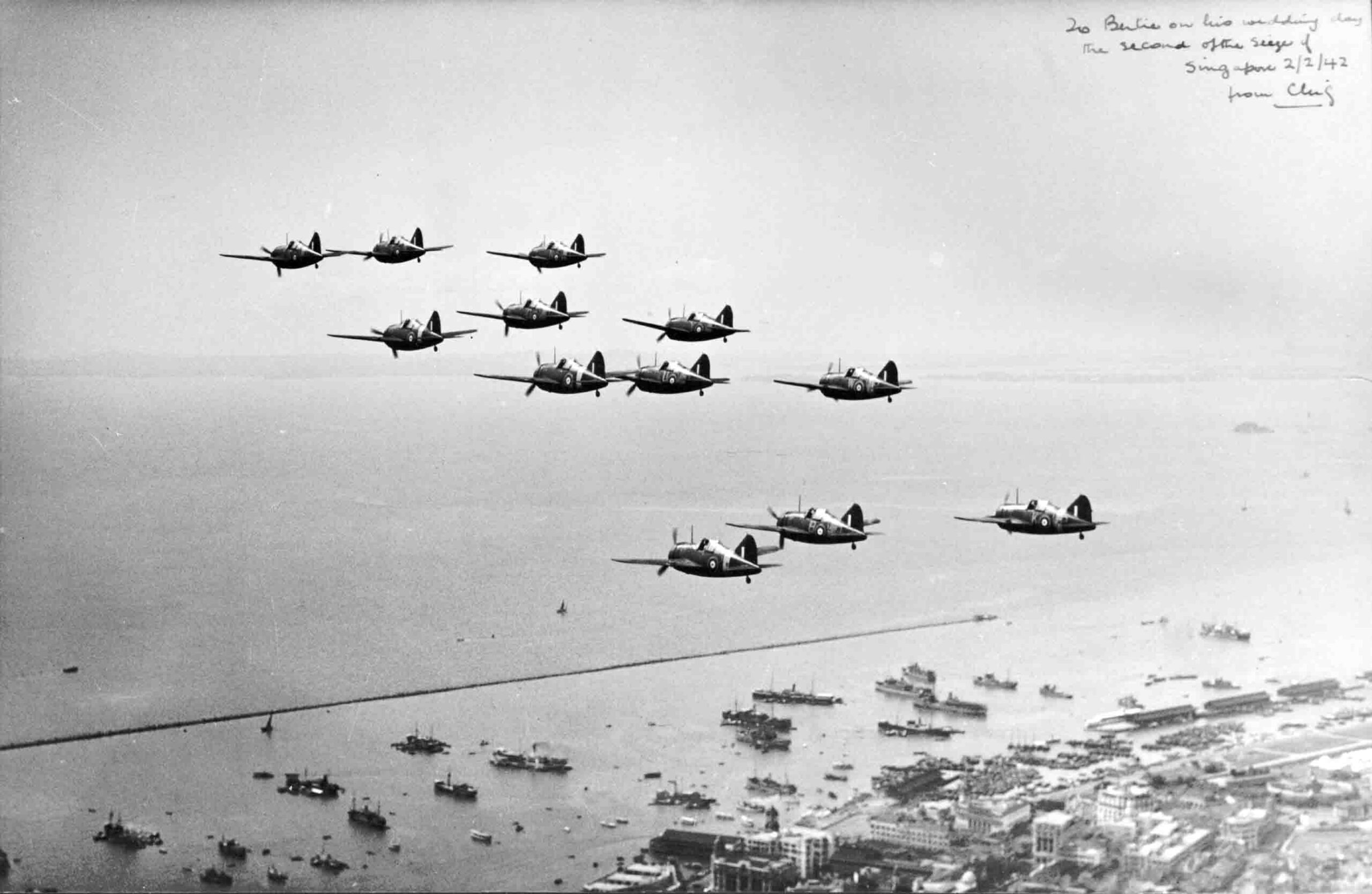 Although operations were carried out with bravery and professionalism, nothing could stop the losses from occurring. Losses that were not easily replaceable. It would however be wrong to think that the RAF just fought defensively.

On 8 December 1941, the Royal Air Force launched an offensive against the Japanese landing forces, 88 aircraft in total in a series of attacks were involved in the operation, one transport was sunk but this did not hinder the landings. Soon, Japanese aircraft would be based on the Malaya Peninsula, a key component of the Japanese invasion plans. On 9 December 1941, the RAF launched a bombing raid with Blenheim bombers against Signora airfield in Southern Thailand, crowded with Japanese aircraft. Six bombers took part and although without fighter cover pressed home the attack. As soon as they reached their target they were attacked in force by Nakajima Ki-27 ‘Nates’. Three of the six bombers and their crews were lost although the airfield was hit. The RAF losses could not be replaced. By the end of 8 December 1941 only 50 out of 110 operational aircraft based in Northern Malaya were available to the RAF.

Many of these losses took place on the ground. There was a lack of an early warning system, and RAF airfield defences were also found to be wanting. Many aircraft were destroyed on the ground by targeted bombing by the Japanese. The speed of the Japanese advance meant that on 9 December 1941, two days after the attack was launched, all but two squadrons were withdrawn to Singapore. This was the last line of defence, to defend the naval base, to enable reinforcements to come in by sea.

By mid-January, the RAF had only 56 operational fighters left spread across five squadrons. Hawker Hurricanes arrived on 13 January 1942 in crates and were rapidly assembled to aid the defence of Singapore and had an immediate effect. Twenty-seven Japanese bombers flew unescorted over Singapore and the Hurricanes shot down eight of them. On the following day Japanese bombers reappeared, but this time accompanied by Zero fighters.

Five Hurricanes were shot down. The Hurricane was slower and less manoeuvrable then the Zero. These Hurricanes had originally been destined for the Middle East and had a desert air intake filter fitted on their engines which reduced their speed by thirty miles an hour. Spitfires were seen as essential for the defence of Great Britain and would not be sent to Singapore which was last in the list of British priorities behind the defence of GB, Middle East and also aid for Russia. The Hurricane did inflict damage to the Japanese air force but this became progressively harder with the small force operating piece-meal, as soon as airframes were erected and losses worsened by a shortage of spare parts.

The force also lacked warning of raids, this was due to the over running or dismantling of radar stations as the Japanese forces advanced ever closer. This meant the Hurricanes were often caught climbing to intercept Japanese raids and, without the advantage of height, they were vulnerable to the Japanese fighters.

The RAF did all they could to stop the advance of the Japanese. On 26 January 1942, No. 100 and No. 36 Squadron launched an offensive against Japanese forces landing at Endau on the east coast of Malaya who wished to join with forces on the west. Twelve Vildebeests accompanied by Hurricane and Buffalo fighters attacked Japanese transports and landing craft. The Vildebeests stayed on course despite heavy opposition by Zero fighters, five were shot down. The operation was repeated by No. 36 Squadron later the same day, eight more allied aircraft were shot down.

By early February 1942 only a small air force was left operating from Singapore. The rest would be operating from Southern Sumatra. Japanese forces continued pressing home their attack. Some one million people were now trying to find shelter in Singapore, water supply was becoming a problem as was fuel and ammunition shortages. Despite impressions of Singapore being a fortress capable of withstanding a siege it lacked the facilities to sustain resistance in the face of enemy land attacks.

At 5.15pm on 15 February 1942, Lieutenant-General Arthur E Percival, General Officer Commanding in Malaya and architect of the defences of Malaya and Singapore and his chief of staff made their way to a Ford factory in Bukit Tamah to meet Japanese High Command led by Lieutenant-General Yamashita Tomoyuki who had successful led the campaign. The discussions took 55 minutes in which Percival was reluctant to use the word surrender. But the surrender document was signed at 6.10pm. This signalled the greatest military defeat in British history. The British suffered 138,708 casualties compared to 9,824 for the Japanese. Of these British casualties 130,000 would face hardship and atrocities as prisoners of war.

As for the Royal Air Force’s contribution Percival commented in a despatch that the men of the Royal Air Force ‘through the later stages of the Malayan campaign, went unflinchingly to almost certain death in obsolete aircraft which should have been replaced many years before.’ 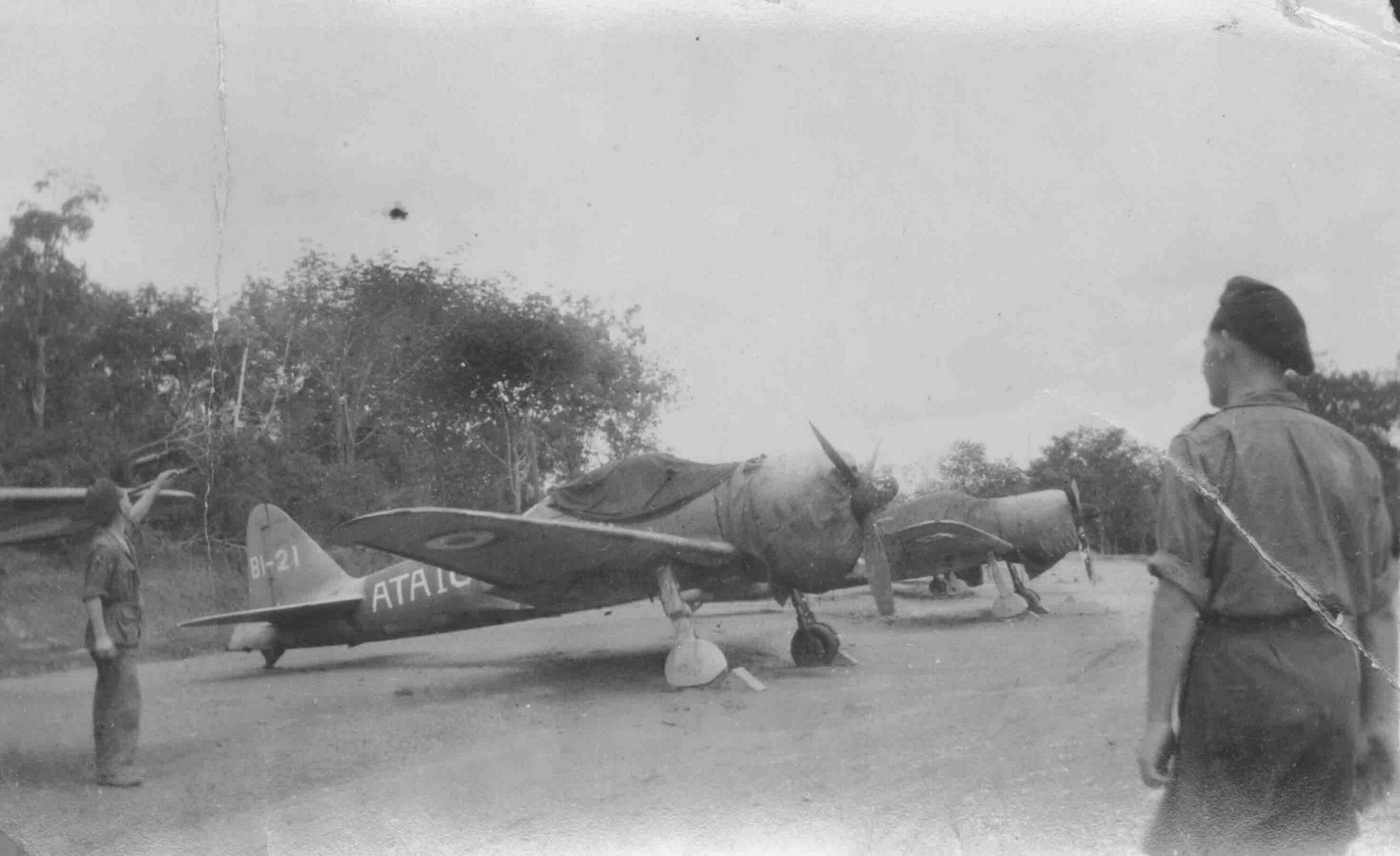 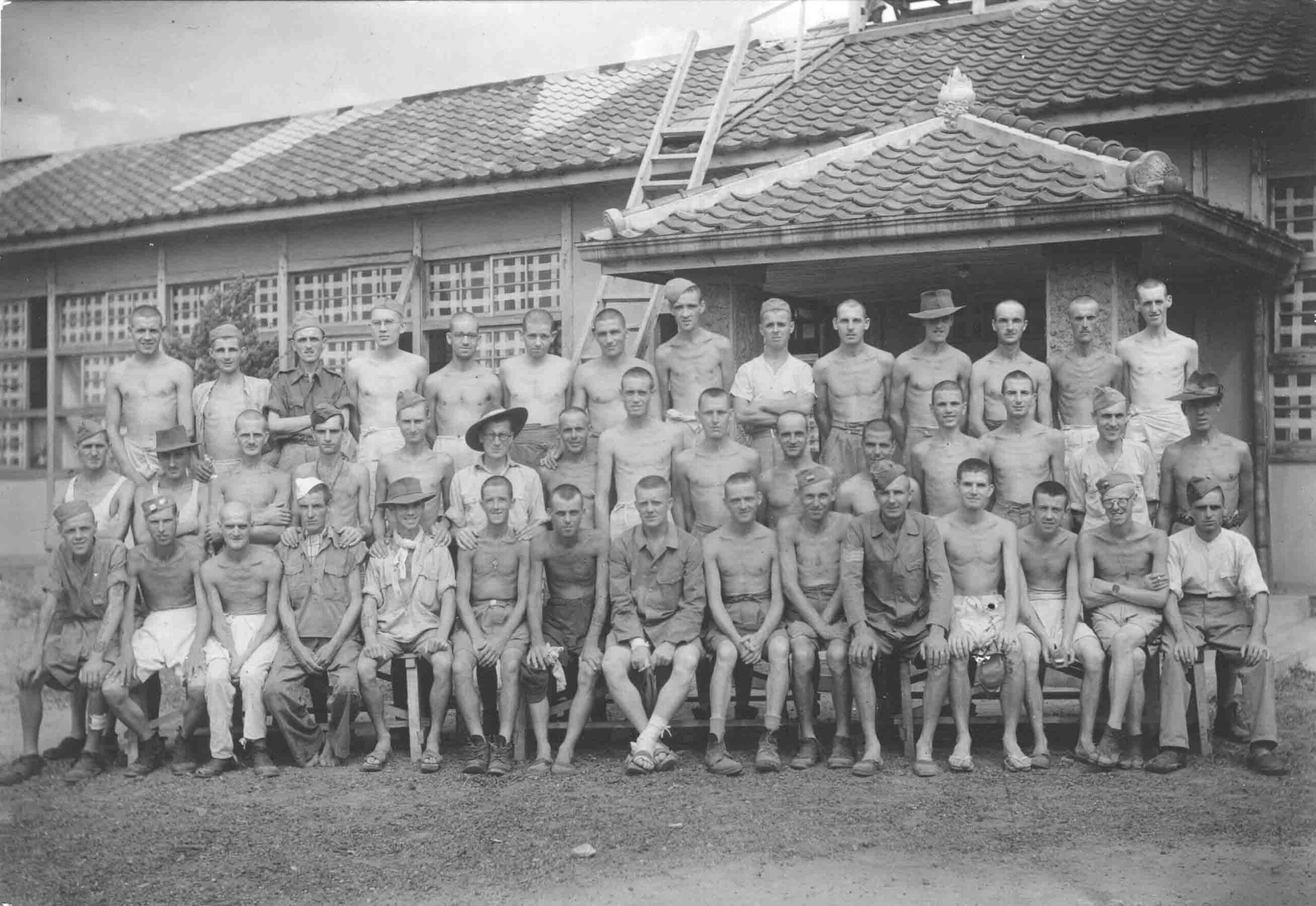