Foundation Day: Then and Now 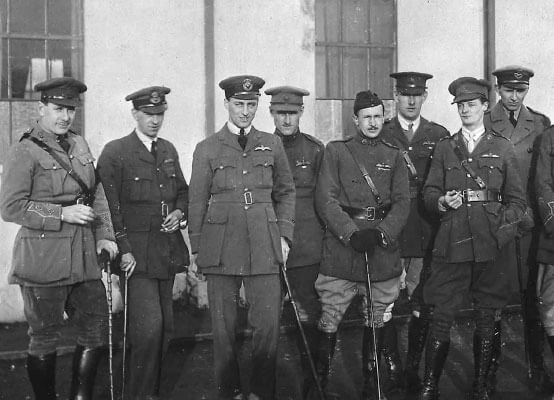 As the Guardian reported on this day 100 years ago: ‘an old rivalry, which perhaps was not without its value as a stimulus to both sections, but which lost in confusion much more than it achieved by healthy competition, is ended in a single identity of uniform’. The Royal Air Force became the World’s first independent air force.

On the inauguration of the Royal Air Force, His Majesty the King George V sent the telegram to Lord Rothermere, the President of the Air Council saying:

‘Today the Royal Air Force, of which you are Minister in Charge, comes into existence as a third arm of the Defence of the Empire. As General-in-Chief I congratulate you on its birth, and I trust it may enjoy a vigorous and successful life. I am confident that the union of the Royal Naval Air Service and the Royal Flying Corps will preserve and foster that esprit de corps which these two separate forces have created by their splendid deeds’.

His Majesty was right. 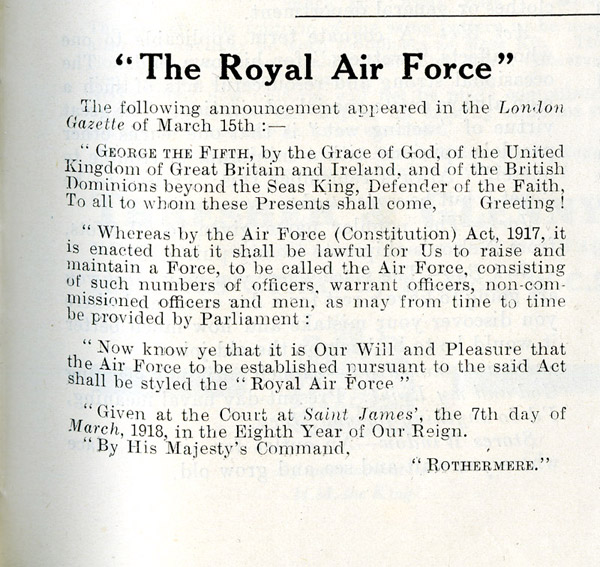 For 100 years, the RAF fearless servicemen and women have been involved in every major theatre of battle since the First World War and in countless crucial and dangerous missions after. The RAF has effected millions of lives, pushed scientific boundaries, driven innovations, served as the best example of unprecedented courage, valour and heroism and has become part of UK’s national identity.

On 1 April 2018, we celebrate the RAF’s 100 Birthday. The Centenary itself will be marked by a number of special events, activities and initiatives through the whole of 2018 including a Gala Concert at the Royal Albert Hall on 31 March and a Centenary Service in Westminster Abbey, a parade in The Mall and spectacular flypast over Buckingham Palace all on 10 July.

But on the for the day itself, 1 April, Royal Air Force Museum has prepared a spectacular celebration at both of its sites for all our visitors to reflect on the RAF’s history and achievements. 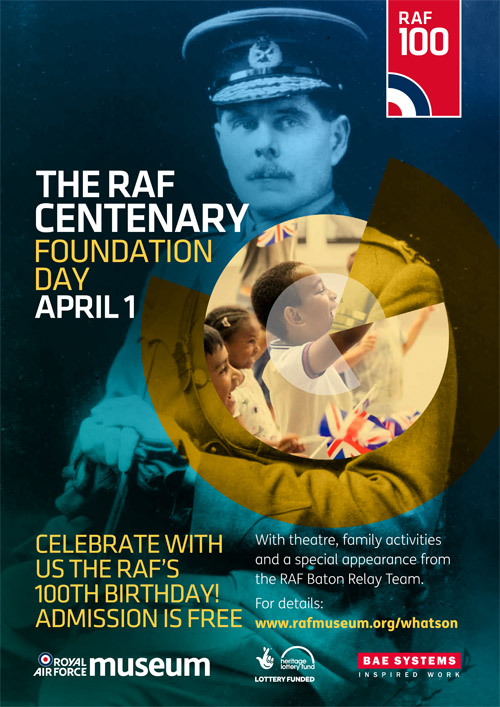 In London, we have planned a fantastic day out for you and all your family with theatre, talks, interactives, delicious meal and lots of fun. The Front of House Theatre Company will perform a brand new immersive and atmospheric performance bringing to life the incredible personal stories of real-life characters from 1918, such as Robbie Clarke and Grace Mary Berry, as well as involving the audience into drawing sketches with Lieutenant Indra Lal Roy and discovering the magic of flight in Claude Grahame-White’s Office. 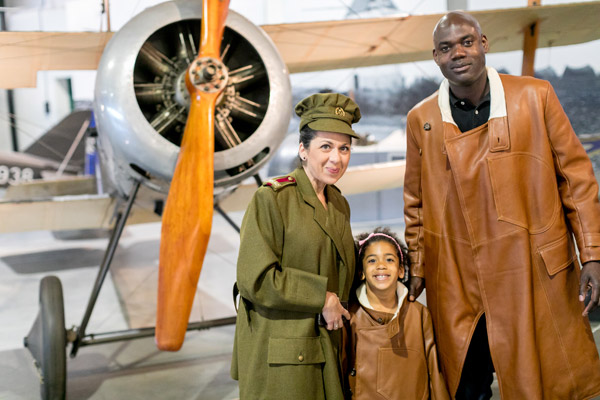 London visitors will also be welcome to try on the flying jackets and uniforms in front of our beautiful aircraft and to discover the story of the Hendon airfield and aviation in Hendon. Our youngest visitors will colour special RAF Centenary paper flags; and families and friends are welcome to enjoy a delicious traditional Sunday lunch in our new restaurant, Claude’s.

London’s celebration will culminate with the arrival of the Centenary Baton Relay, a specially designed baton carried by the serving RAF personnel to 100 sites associated with the RAF in 100 days starting from the centre of London. Our site in London will be the first point on its journey across the globe and all our visitors are welcome to cheer on the Baton team, by waving their newly decorated flags.

At Cosford the celebration will last for 2 days, Sunday Easter 1 April and Monday Bank Holiday 2 April. Here, we have organised a range of exciting and thrilling events with living historians, interpreters, family activities and vintage vehicles – all of which will walk you through history, and help you explore 100 years of the Royal Air Force. 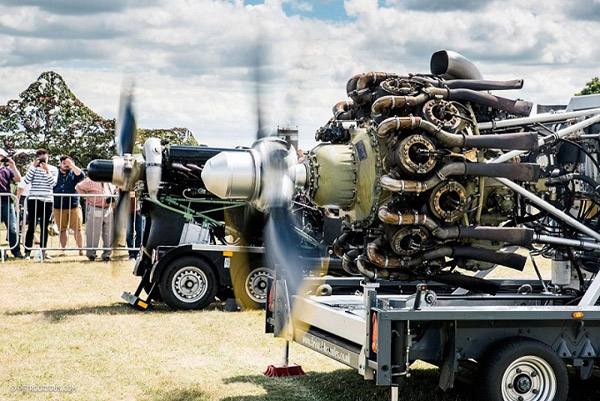 Cosford’s celebration will include the meeting with the originators of the Royal Flying Corps and the opportunity to see up close exactly what these young pilots had to do to defend our skies, and how this different it is from today. Marvel at the earliest flying technologies, from bi-planes to airships, discover by the stories of peacetime operations throughout history and the Royal Air Force’s wider community involvement, and get involved with our family friendly interactive talks, tactical mapping, and learn how to scramble to all manner of aircraft while exploring RAF missions around the world. Younger visitors will appreciate the opportunity to take a seat behind replica anti-aircraft guns, aim and fire in our ‘have-a-go’ anti-aircraft area. Visitors are also welcome to wonder at the skills of pilots in the new Jet Age; to practice their own Scramble to a Vulcan Bomber and to meet serving personnel from the RAF today. 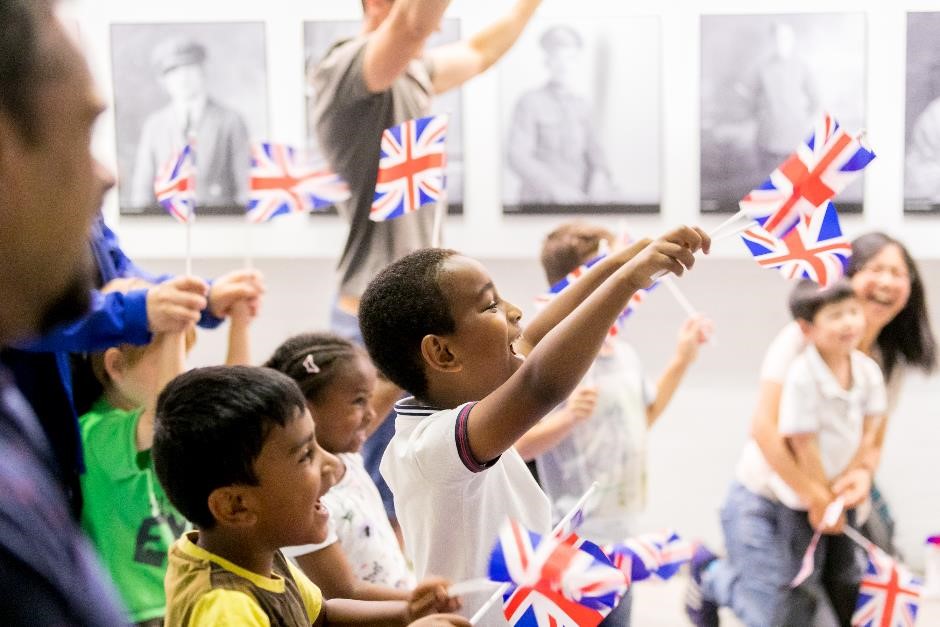