Heraldic Badges in the RAF

One subject that generates some interesting questions is that of unit badges. This is not surprising, considering that there are so few publications dealing with the subject and none that are currently in print. Hopefully in this blog,l I shall answer some frequently asked questions and dispel a few myths. 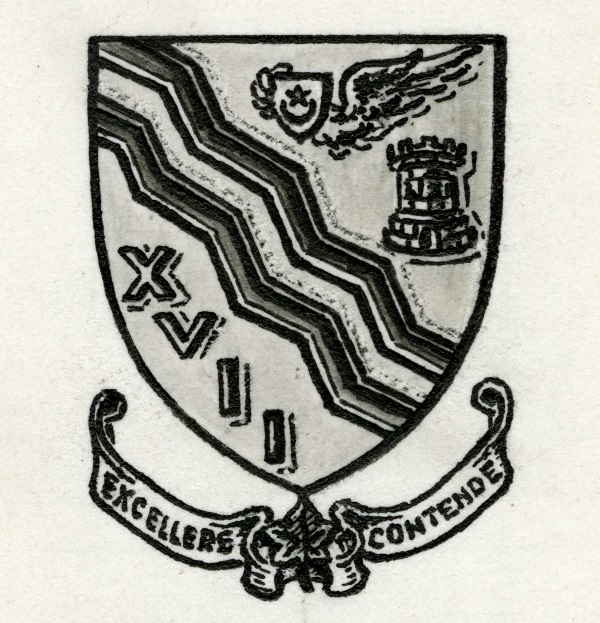 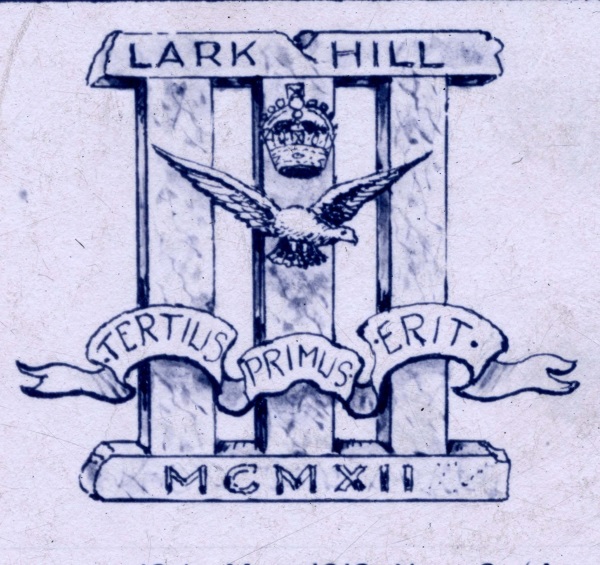 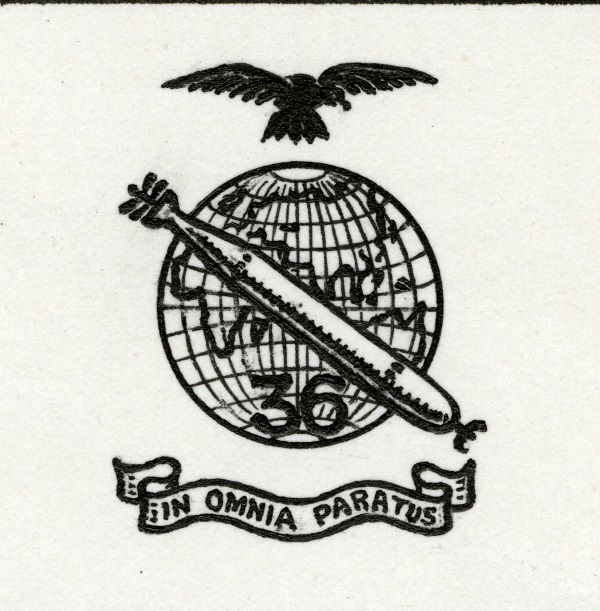 When did unit badges start?

You could say that they started during the First World War when many squadrons of the Royal Flying Corps and Royal Naval Air Service designed a bewildering array of distinguishing emblems and aircraft markings. Some RFC squadrons even painted a “shield” with the appropriate markings to hang in their mess. However the RAF badges we know today were introduced when, in March 1935 the Chester Herald, Mr J. D. Heaton-Armstrong, was appointed the first Inspector of RAF Badges. His role was to advise the Air Ministry on heraldic matters, and the first thing he did was to produce a standard frame for all badges to ensure uniformity. 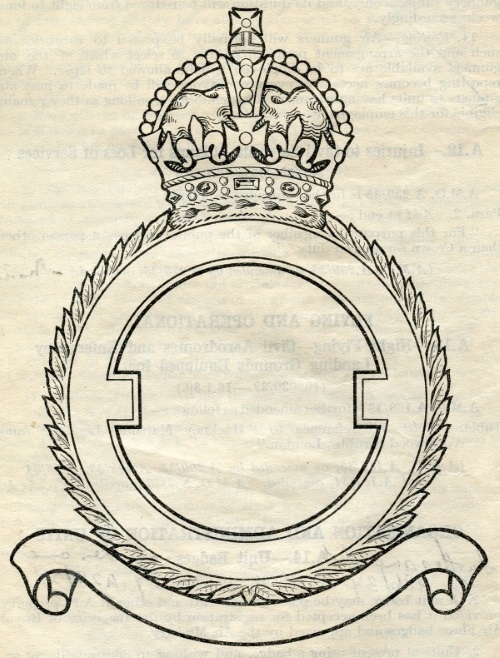 What was the process for a unit to be granted a badge?

In order to get a badge approved units sent their prospective design to the Inspector of RAF Badges with a note on the origin of and reasons for the design. The Inspector would then inform the unit whether the badge was suitable and help them design a different badge if it was not. Once the design had been sorted it had to be registered and the unit paid 10 guineas for this (about £630 today); however the money could not come from public funds. The artwork depicting the badge is then reviewed by the Sovereign who signs it before it is returned to the squadron. Before 1950 there were no other requirements a unit had to meet in order to request a badge, but this has changed over time so that today a unit has to have existed for 5 years and be expected to continue for at least another 5 years. As of 1992 the caveat that the fee be paid from non-public funds was dropped. 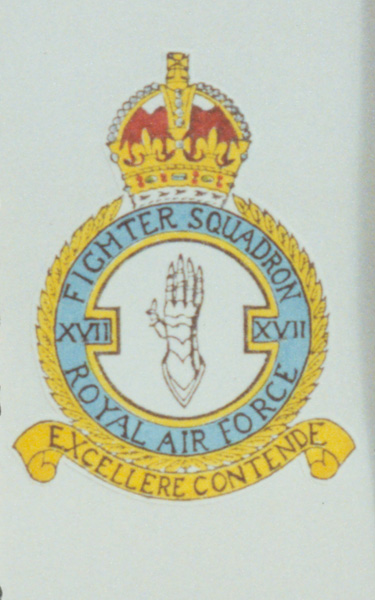 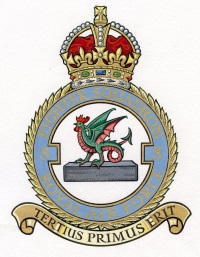 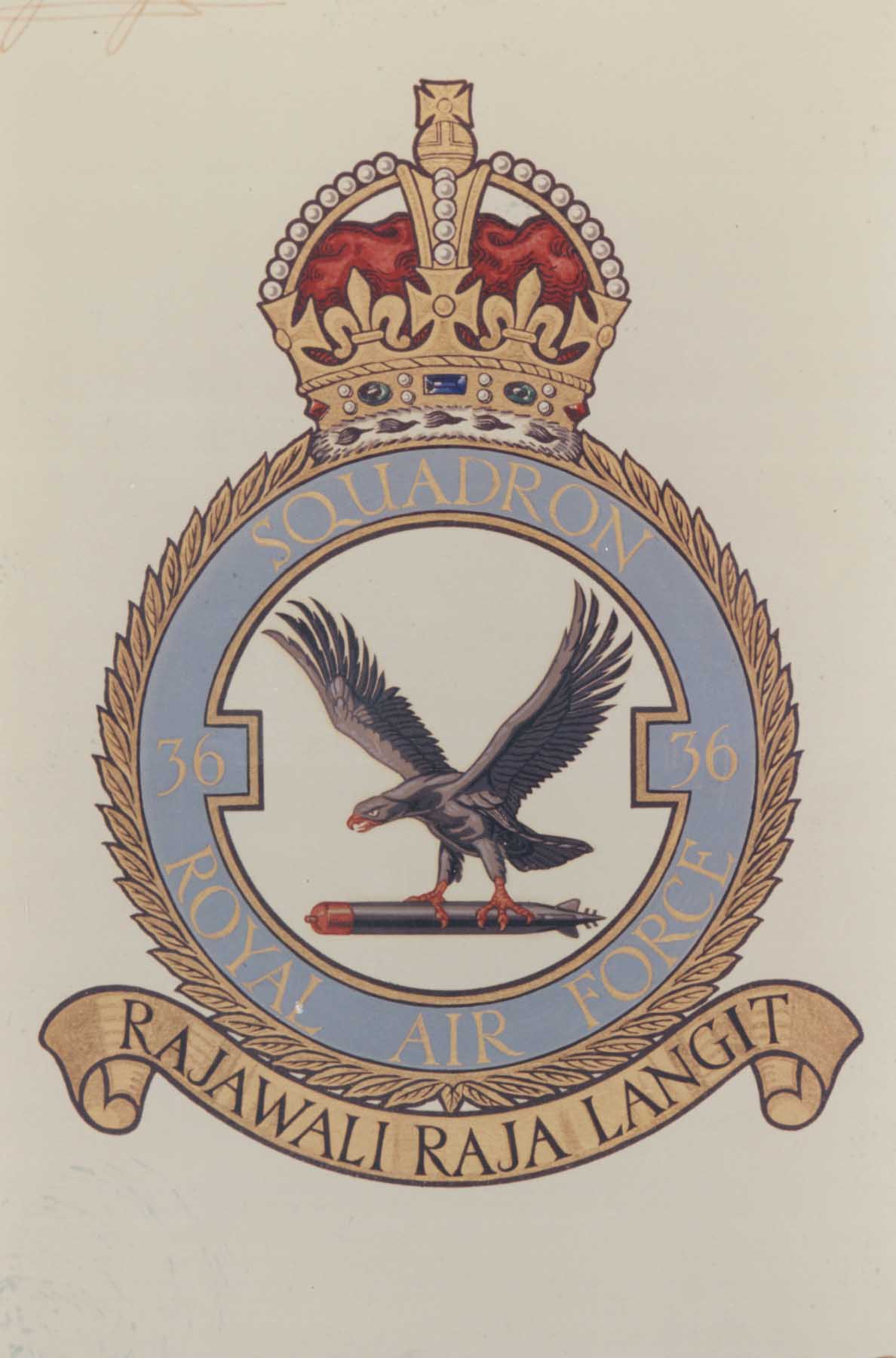 Which unit was granted the first official badge?

Did every unit have a badge?

No, not all units had a badge, some did not qualify for a badge and some did not apply for one. These units were allowed to use the badge of the command to which they belonged with the wording in the frame changed. Sometimes a different solution is found, for example RAF Swinderby was never granted a badge and instead the station was often represented by the badge of the RAF School of Recruit Training which had been resident at Swinderby since the late 1960s. 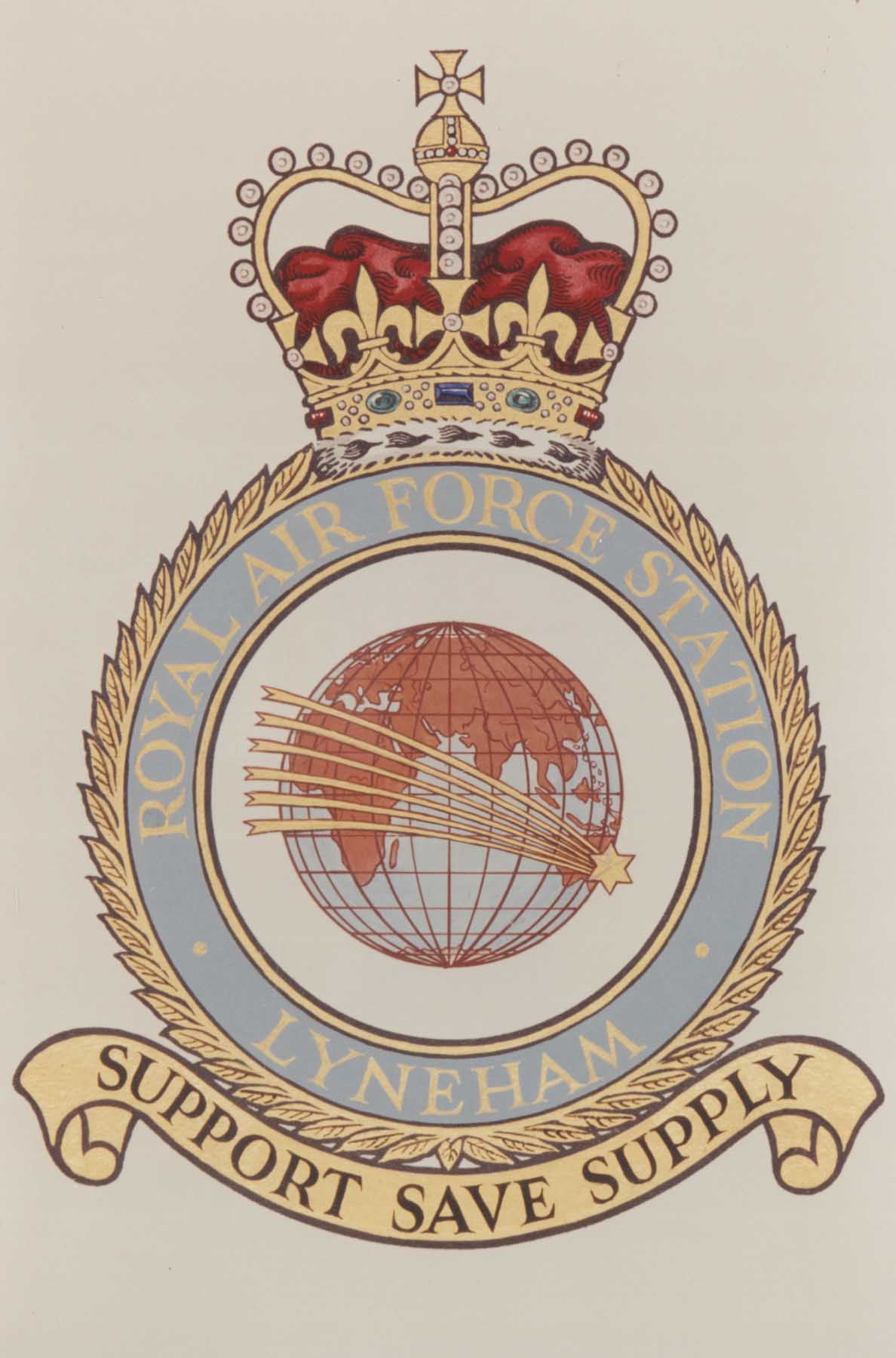 Did the Allied and Commonwealth squadrons have badges?

The squadrons of the Canadian, Australian, New Zealand and Indian air forces were all eligible to apply for badges of the same layout as RAF badges. They had their respective air force titles replace Royal Air Force in the bottom half of the frame; they also had their own national plants replacing the laurel leaves of the RAF badges.

Were the mottoes always in Latin?

No, the different units used a wide range of languages for their mottoes. The most common were certainly English and Latin but there were many more including but not limited to French, Dutch, Greek, Malay, Gaelic, Czech, and even ancient Cuneiform.

Can you identify a badge for me?

We are happy to do our best, however the title of the unit is normally contained in the frame. If the frame is absent, or if you only have a verbal/written description or motto, again we shall do our best.

Can I have a copy of the badge relative would have used?

Unfortunately it’s not possible for us to supply copies of badges; these are obtainable from the RAF Air Historical Branch. Please bear in mind that some units existed for a number of years before they applied for a badge; a good example is Bomber Command who weren’t granted their badge until May 1947; nearly 11 years after they formed.

Badges reproduced with permission of the Ministry of Defence.