How an American saved our German Heinkel He 111

The Heinkel He 111 was a bomber in service with the Luftwaffe, the Nazi German air force before and during the Second World War. At the time of its entry into service in the late 1930s, it was one of the finest combat aircraft in the world. It was the main German bomber during the 1940/1941 Blitz over London, although by that time, its operations were mainly restricted to flying at night. It had become too vulnerable against British day fighters such as the Spitfire. In various roles, it soldiered on until the last days of the war. 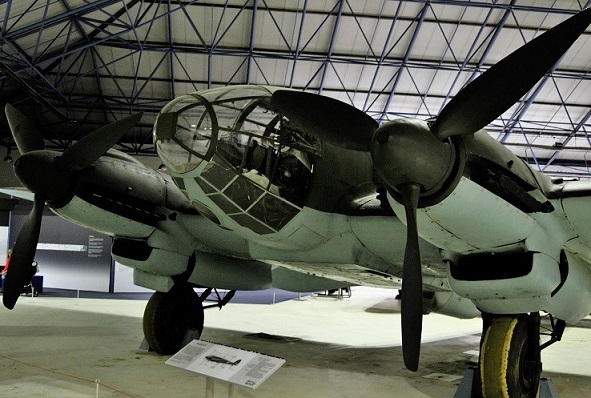 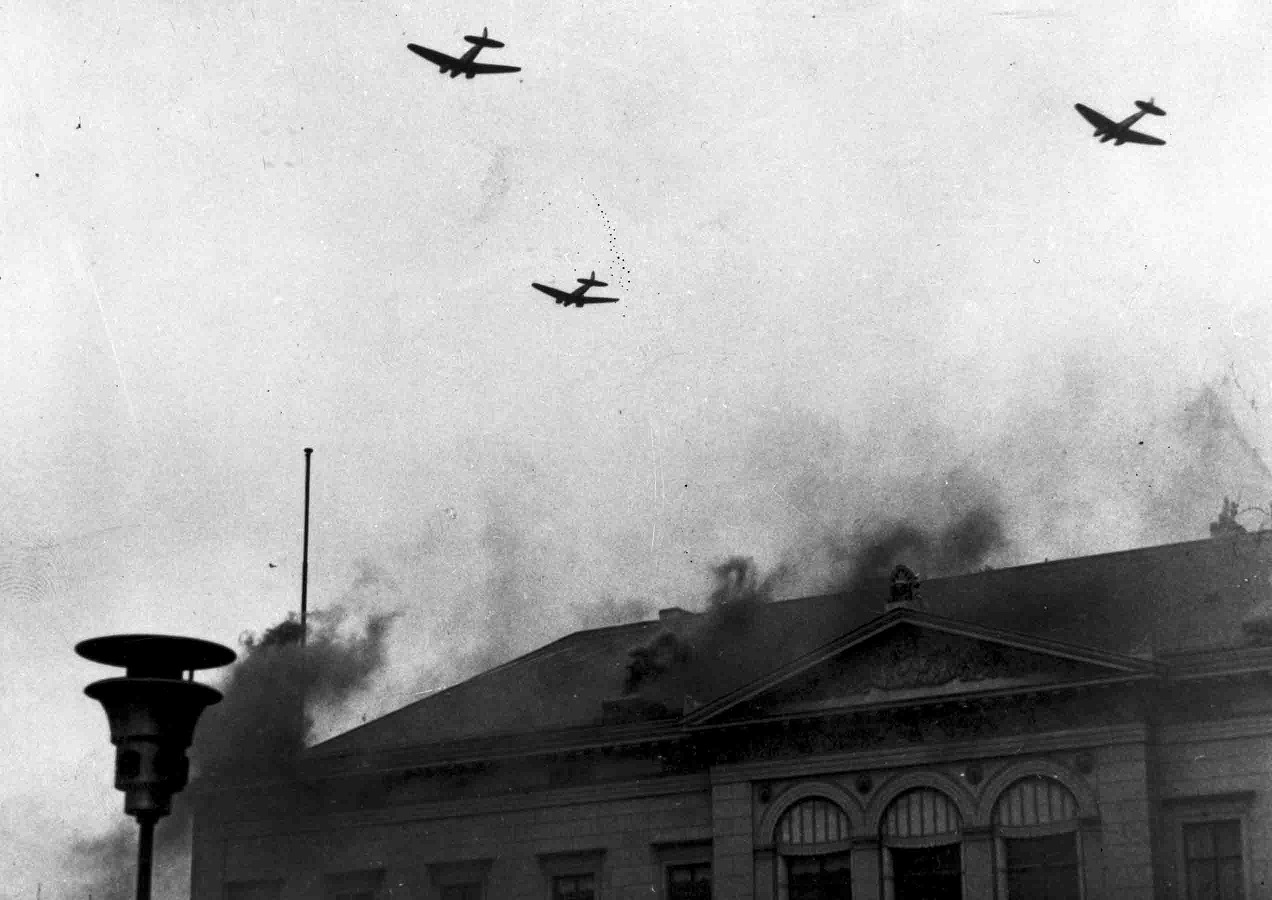 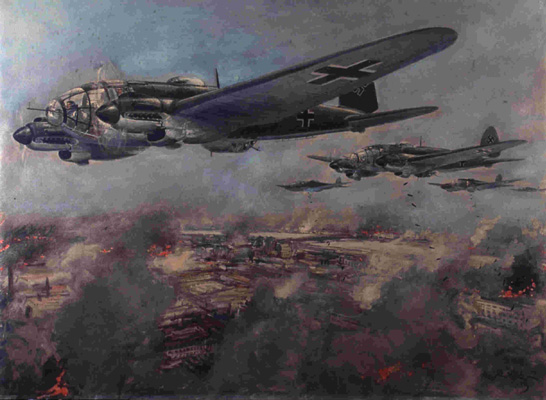 The Heinkel He 111 was originally designed as a passenger aircraft and because of this, quite unusual for a bomber, it has windows along the fuselage. However, our 1944 He 111 with serial number 701152 and individual code NT+SL went back to its roots. The seats and straps which are still inside the aircraft today, show that this is a H-20 variant, optimised for carrying 16 paratroopers beside its 3 crew members. This is somewhat surprising as Germany was on the defensive this late in the war and was unlikely to drop soldiers in support of a ground offensive. It is more likely it would have dropped secret agents behind enemy lines. For this reason, the H-20 could carry two 800 kg (1,764 lb) supply containers.

American forces captured this aircraft in May 1945, in the final days of the war. It was flown to Cherbourg on the French coast for shipment to the USA for evaluation. Due to the lack of space on the allocated vessel, HMS Reaper, this did not occur. A three-man American crew of the 56th USAAF Fighter Group, Major Carter, Major Williamson and Captain Ordway took the decision to fly the abandoned aircraft to their base in Boxted, Essex. The He 111 was painted in the unit’s colours: matt purple / black with the nose and tail rudder in red. On one side of the fuselage was a monogram, in red outlined in white, forming the individual identification letter. This consisted of a letter O in which was a letter C and centred in that the letter W – the initials of the three-man American crew: Ordway, Carter and Williamson. When they received their orders to return to the US, they realised they had to leave their ‘private’ He 111 behind, possibly to be scrapped. They came up with an idea…

The Museum was contacted recently by Azure Carter, granddaughter of Major James Carter. She filled us in as to what really happened. Her grandfather was a successful American fighter ace. He was credited with 8 ‘kills’ flying the Republic Thunderbolt, the largest and most powerful single-engined fighter aircraft of the Second World War. He logged 450 combat hours or 137 missions, although when he was assigned a desk job, he flew on without logging his flights. 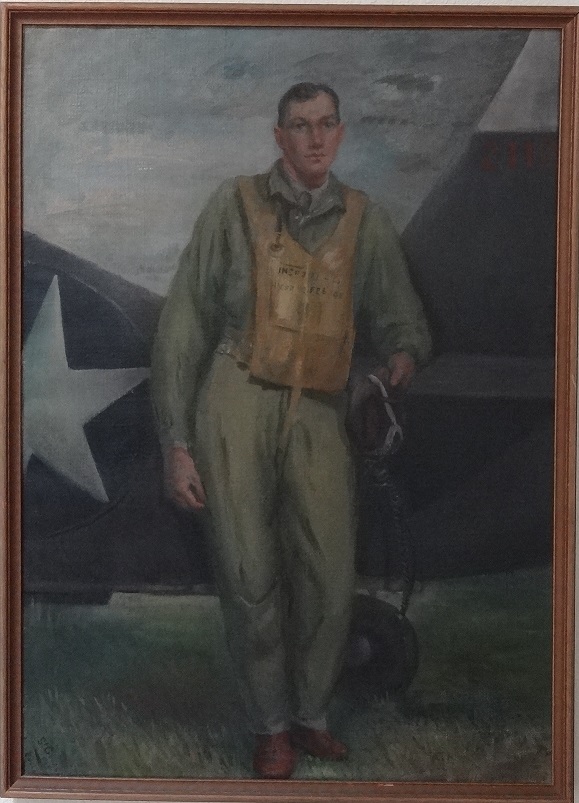 After hostilities ended, he and his two colleagues were eager to get back to their base in Boxted, Essex when they noticed an abandoned German Heinkel He 111. They took it upon themselves to fly the German bomber, although none of them had received any instructions how to fly the aircraft. Prior to landing they had to fly rounds around the airfield while they tried to figure out how to lower the landing gear. But somehow, they managed to bring the Heinkel safely on the ground. In the following weeks, they flew the aircraft several times, attracting great interest wherever they went. But when in September 1945, they were ordered to return to the States, they knew they would get in trouble for possessing an aircraft without documentation as the Heinkel was not officially on the USAAF’s books.

Carter and his friends first thought of cutting it up. But as it was such a fine aircraft they could not bring themselves to do this. In any case, dismembering and disposing of such a large airframe could not be readily undertaken. Carter could not pass it to any other American establishment, so the RAF was considered, particularly an RAF cadet airfield where aerodrome security would not be tight. Feeling that the British might also be loath to accept it without transfer documents an act of stealth was planned.

At dawn on the morning of 12 September, Carter took off from Boxted and landed at RAF North Weald, parked the Heinkel near the watch tower and was immediately collected by Captain Charles Cole, flying a 56th Group’s transport aircraft, and returned to Boxted. It must have been quite a sight for the people at RAF North Weald to suddenly wake up and see a German bomber parked near the watch tower! Before the British could start an investigation, Carter and his unit were on their way to the States. 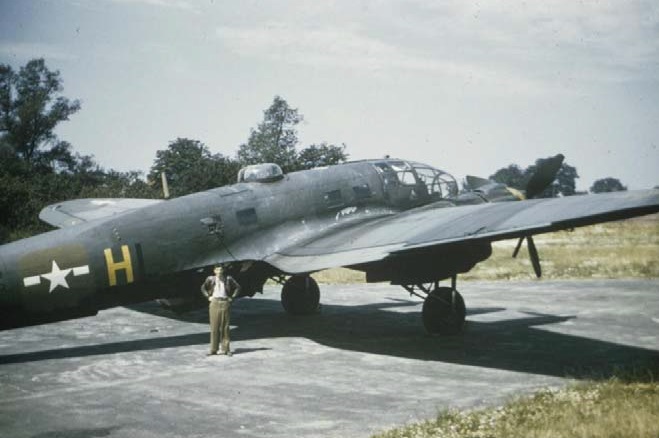 The aircraft was later put on display, first in the German Aircraft Display at RAE Farnborough and later at several RAF stations. In the late 1960s, its interior was used for several shots in the Battle of Britain film. In 1978, it moved to the RAF Museum in London, where it remains today. It is here that Azure saw the Heinkel her grandfather flew in 1945.

She went up close to the aircraft, went underneath to have a peek inside and imagined what it must have been like for her grandfather to fly this rare aircraft. To hear the story in her own words, have a look at this video we made of her visit to the RAF Museum London. 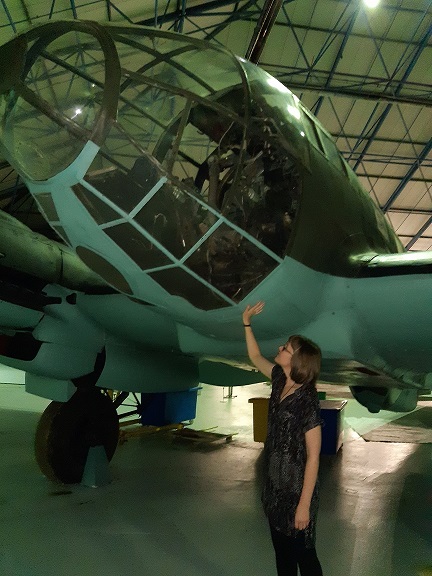 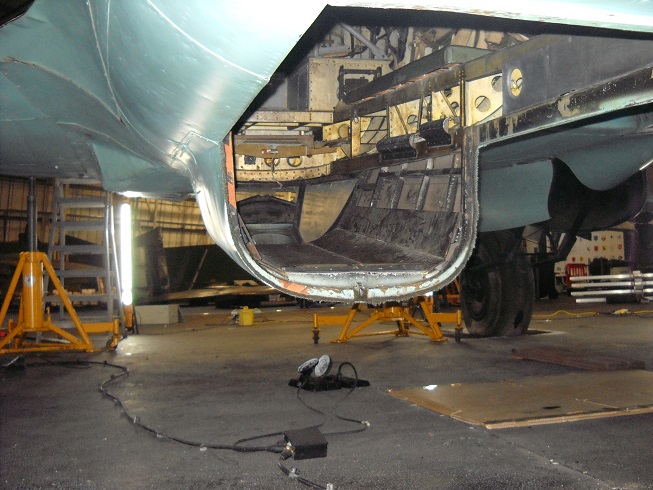