International Day of Women and Girls in Science

Today is the United Nations International Day of Women and Girls in Science and at the Royal Air Force Museum a celebration of this would naturally look at the way that women have chosen STEM roles in wartime, and careers in peacetime, serving military aircraft over the past 105 years. As the objectives of The International Day of Women and Girls in Science are ‘promoting the work of women in science and of encouraging girls to enter the sciences as a lifetime profession’, it is pleasing to say that the RAF have been doing this since they first started. 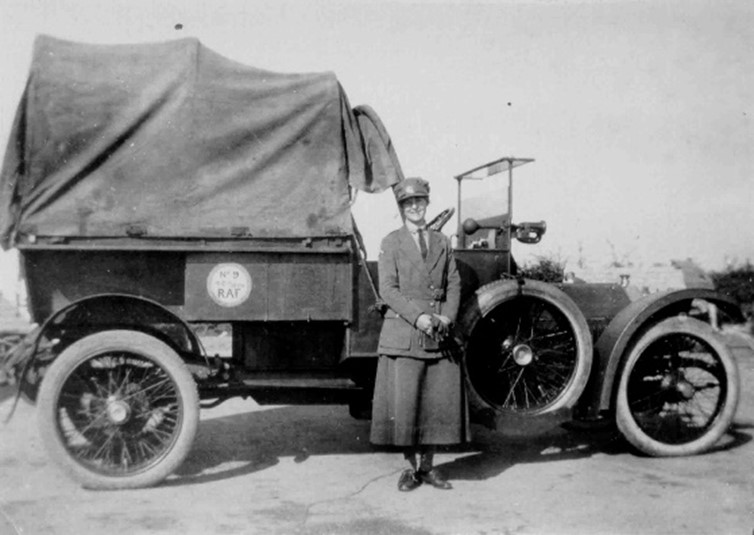 The predecessors of the RAF, the Women’s Army Auxiliary Corps and Women’s Royal Naval Service opened out STEM opportunities for women from 1917, as they particularly concerned themselves with technical kit and needed people to use it confidently. In 1917 women were actively recruited by the Royal Navy and British Army to take over many UK military roles that had been vacated by men who had left to fight on the battle front in the First World War. For many young women, this was the first time they had ever worked and for others, the first time they had undertaken work outside the home or local community. 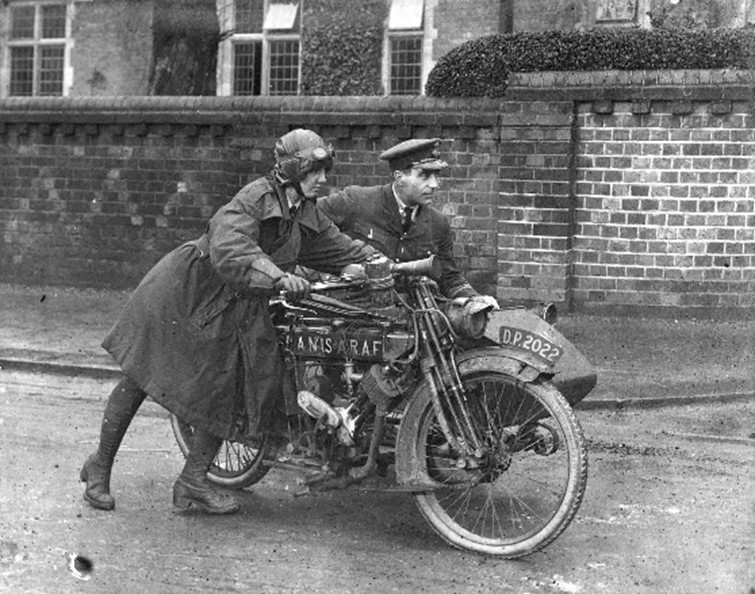 Some in the Women’s Royal Naval Service were attached to the Royal Naval Air Service and others who had joined the Women’s Army Auxiliary Corps were attached to the Royal Flying Corps – the first to serve with the flying services. Many women who served the aircraft of the Army and Navy became experienced aircraft airframe riggers or engine fitters – jobs which required the reconstruction or servicing of major aircraft parts. Another task in demand was the driving, cleaning, maintenance and repair of a fleet of supply and communications vehicles, vital in the effort to keep the war supplied and to get orders and instructions delivered on time. Maintenance and on the spot repairs to working parts were often carried in unpleasant working conditions (for example muddy ditches) but this is what the women had signed up to do: and they did.

On 1 April 1918, The Royal Naval Air Service combined and with the Royal Flying Corps to form a new service, the Royal Air Force. Women serving with them could become members of a new organisation, the Women’s Royal Air Force (WRAF). With further recruits joining and more trades offered, women were pleased to contribute to winning the war. The Technical section opened skilled trades traditionally done by men to women, for example tinsmith, engine fitting and welding. Other trades were chauffeuse, photographer, airframe rigger, wireless (radio) mechanic, motorcyclist, wireless operator, carpenter and painter. However, as the WRAF had been raised for the emergency of the war, it was disbanded in 1920 along with other parts of the RAF. 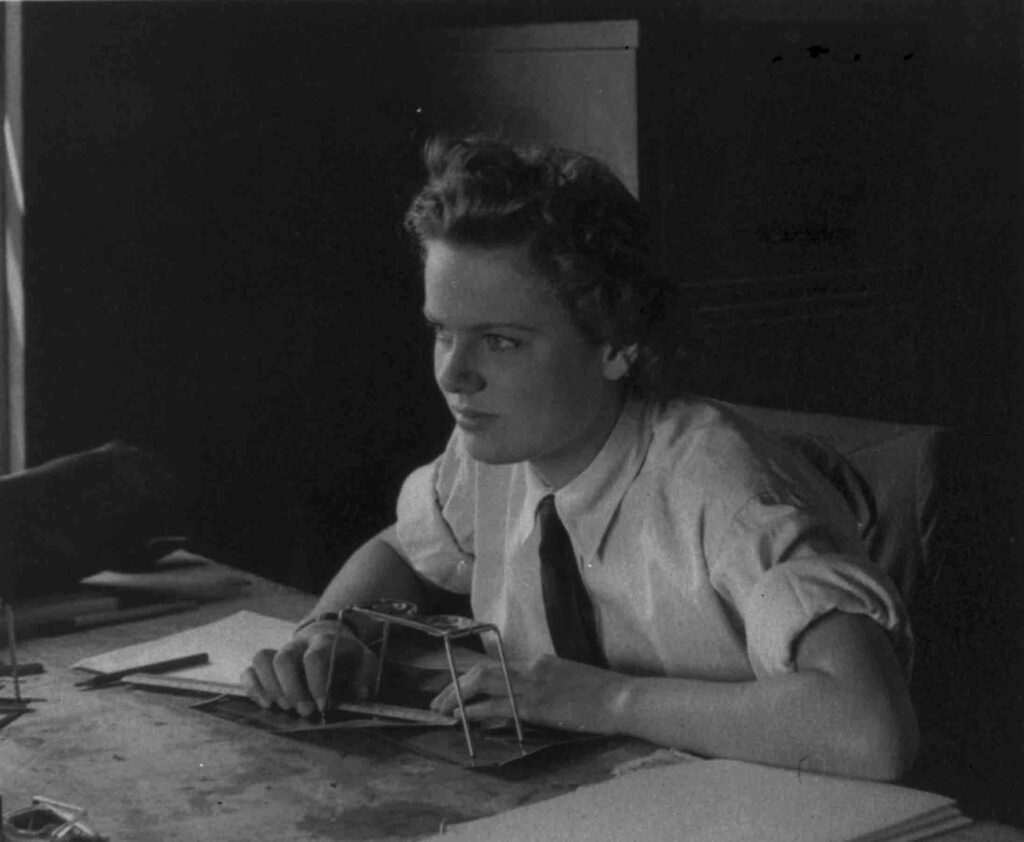 In only another 18 years we were headed for another major world conflict. In anticipation, women could again volunteer in the newly formed Auxiliary Territorial Service, the RAF Companies of which were based with squadrons. In 1939, it was decided that once again, a women’s branch of the RAF was needed – the roles men had undertaken would again need to be substituted. The Women’s Auxiliary Air Force was formed. With the introduction of conscription in 1941, peak numbers in the WAAF reached 217,000, across 110 trades. In the Technical trades, detailed training courses were now provided. Courses at specialist schools had to be passed, usually finishing in exams. Teleprinting, code and cipher scrambling and communications were typical of the new technology that WAAFs would have to master throughout the war. Some required specialist qualifications like relevant degrees and for photographic interpretation, only officers were selected. 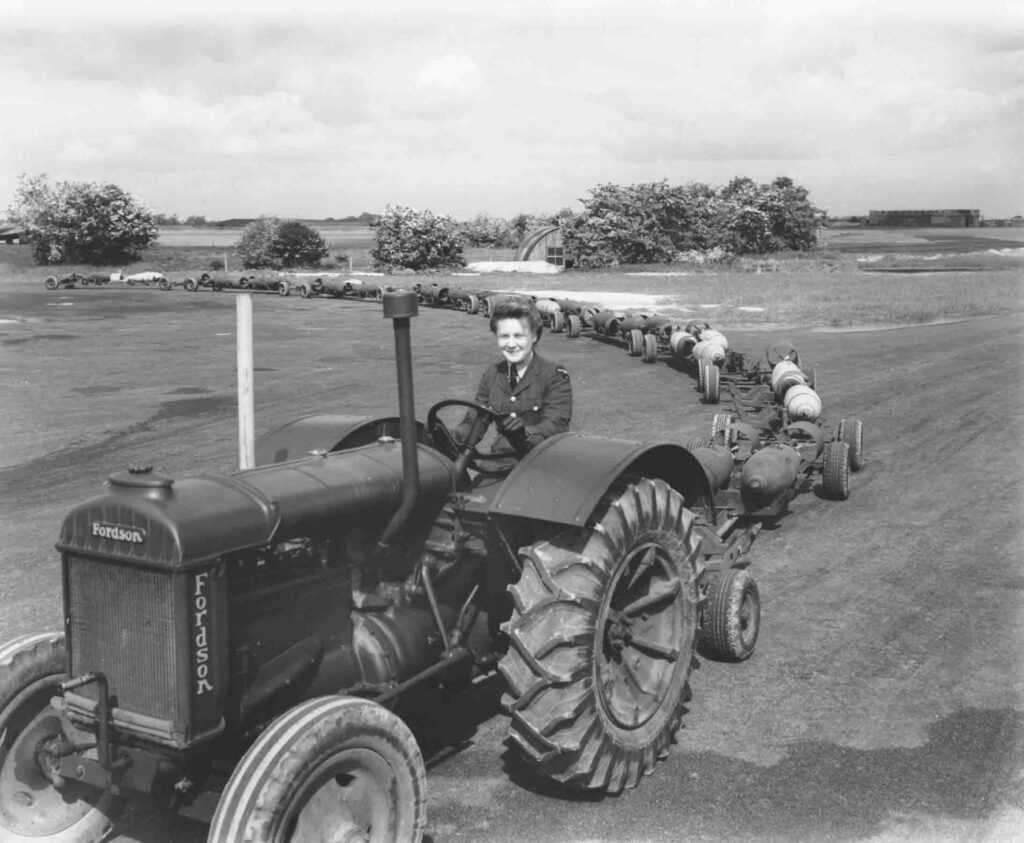 The repair and maintenance of vehicles was again needed. Refuelling and rearming of bomber aircraft was work in which many women took pride, as they wanted to defeat Germany and bring the war to an end. Meteorology was another technical branch with specialised training. Flying duties were not permitted to women of the WAAF with one exception, the role of Nursing Orderly. The women who volunteered for this role were essentially paramedics on the military air ambulances of that time – typically twin engined monoplanes such as the Airspeed Oxford. They carried out casualty evacuation and in-flight care for wounded soldiers retrieved from the battlefields. As a result of their work they became known as ‘Flying Nightingales’. 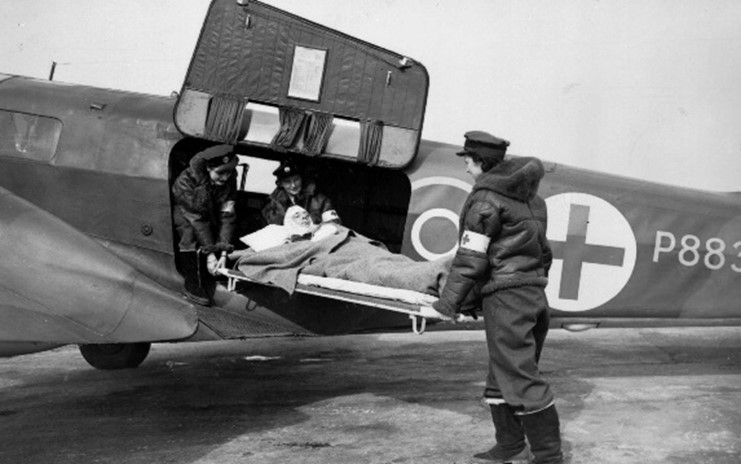 The defence of Britain had its ultimate test in 1940 when the country was faced with immanent invasion by the German army and under direct attack by the German air force. Air superiority had to be gained over an enemy air force that had won every battle up to that time. For that, comprehensive control of the air space over the country had to be maintained by RAF commanders, and fighting encounters had to be won by our fighter force, with as few surprises as possible. 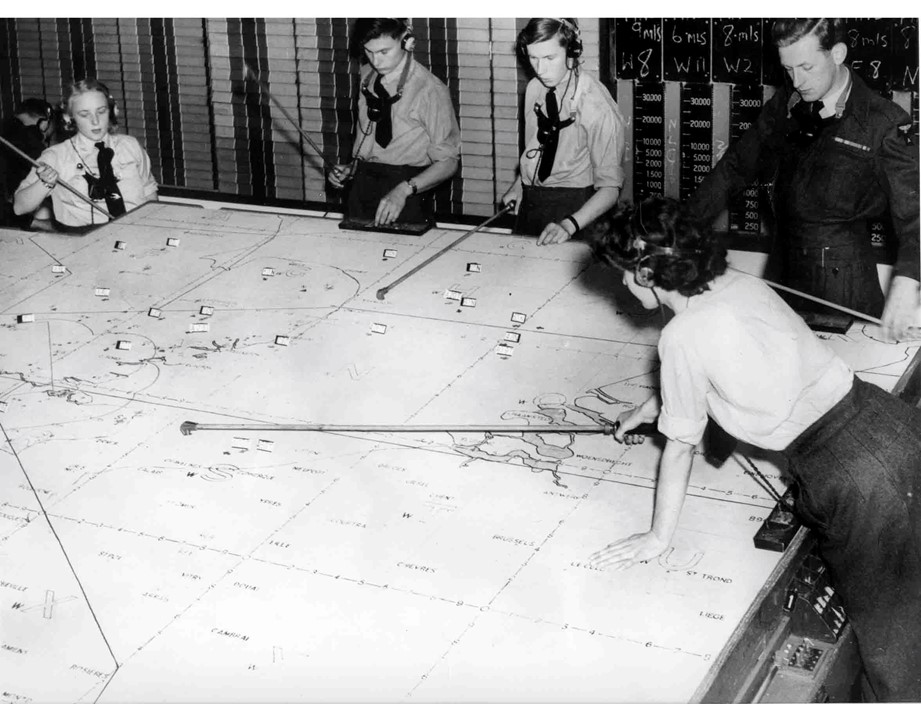 To ensure survival and then victory, accurate and time-critical information was essential and constantly in need of refreshing. One area of work that demanded this precision was in the tracing and monitoring of enemy aircraft using the new technology of Radar. Initially working with Chain Home, to detect enemy aircraft over the sea and later with more capable sets called Ground Controlled Interception, the work required procedural accuracy and analytical skill, as well as concentration and stamina. 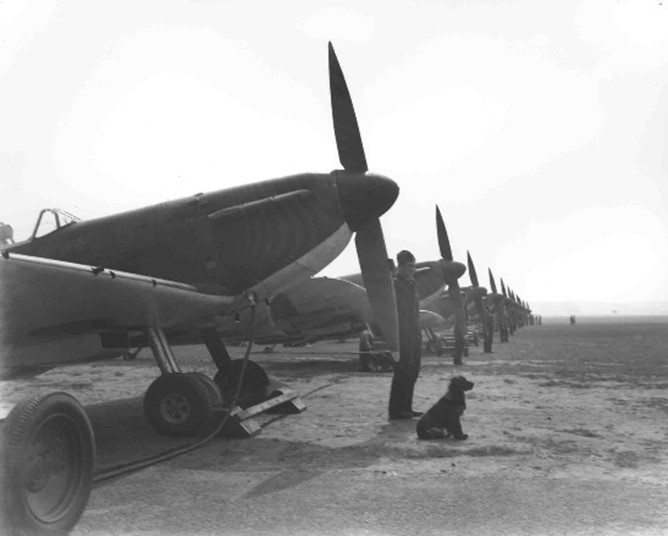 Many hundreds of WAAFs had these abilities and did this work. In 1940, they were also vulnerable to direct bombing attack from the enemy. The coastal pylons that received the signal to gain the information were monitored by RAF staff in buildings next to them. WAAFs were often killed in bombing attacks on these buildings, sticking to their work without thinking of their own safety.

Scientific advisors knew that many women had a better capacity to process mathematical information and evaluate tactical priorities quicker than many men, and were able to sustain this for long periods. The role which demanded this was the filtering of incoming battle information in operations rooms and control centres. The RAF directly recruited women who, ‘Must be under twenty-one years of age, with quick reactions, good at figures – and female’.

They were effectively to serve as components of a ‘human computer’ that sifted the most pertinent information from large quantities of live data on the aerial battles being fought in real time above them. These roles were Operations Room Plotters, Filter Room Plotters, Movement Liaison Officers and Filterer Officers.

The intensity of fighting a world war also called on women and girls not serving in the Royal Air Force, but who had pre-existing science and engineering expertise to solve some of the difficult technical problems encountered in producing aircraft that could defeat and beat their German equivalents. 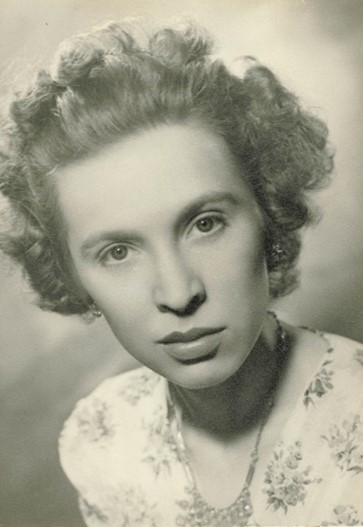 Hazel Hill was the daughter of principal aircraft armaments scientist Frederick Hill, who had served in the role in the First World War and continued in the 1920s and 1930s. When in the 1930s, the Air Ministry were developing a new generation of monoplane fighters to compete with those of the Germans, many thought that four machine guns mounted in the wings would produce a rapid enough rate of fire to shoot down the German fighters, but Hill was unconvinced. Most people thought the new Spitfire and Hurricane would be good enough with four machine guns.

Hill turned to his teenage daughter Hazel, who was very good at maths and set her the task of extrapolating all the possible outcomes of firing four guns and then eight guns, to model and predict what would be needed. Using a calculating machine, Hazel worked through all the possible results and plotted them on a graph.

The results showed that four machine guns would be insufficient and that eight would be vital to bring down an enemy fighter in the split-second time one was in the gun sights of one of our aircraft. By using her talent, she had been able to contribute to saving the country when it was in the greatest danger in the Battle of Britain in 1940.

As a girl, Beatrice Shilling had a fascination for engines and working parts of machines and it was no surprise that she would take up an apprenticeship in an electrical engineering company as soon as this was possible. She studied engineering at the University of Manchester in the first year that women could study this course there. On graduating, she went on to race motorcycles on the best circuit in the country – Brooklands in Surrey. The Royal Aircraft Establishment, the government aircraft testing agency, employed Beatrice in their carburettor section in 1936.

Beatrice was on hand to come up with the correct fix at the critical moment. She added a restrictor valve – essentially a washer with a smaller hole in it – that prevented too much fuel rushing into the engine. The British aircraft were then enabled to pursue the enemy with no disadvantage. Beatrice had saved the situation and contributed to the winning of the Battle. 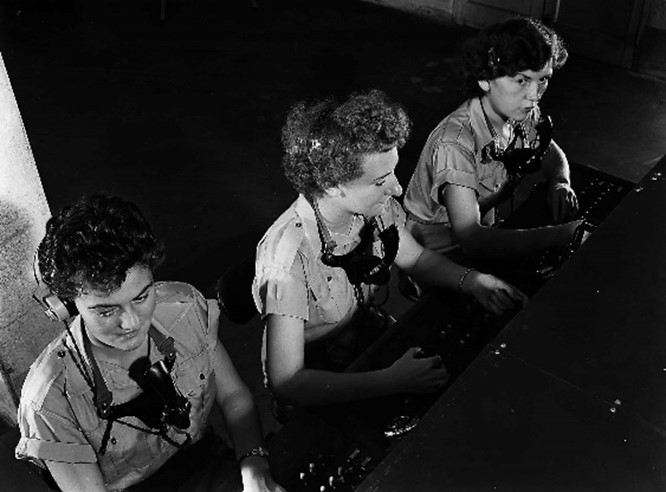 The Second World War ended in September 1945 and the WAAF was continued: the roles that women had taken on and developed, being essential to the smooth running of the post-war force. However, it wasn’t until 1949 that their professionalism was recognised with the permanent establishment of the Women’s Royal Air Force (WRAF again) which was no longer about the necessity of fighting a war but instead, could advertise the various roles as long-term careers for women. 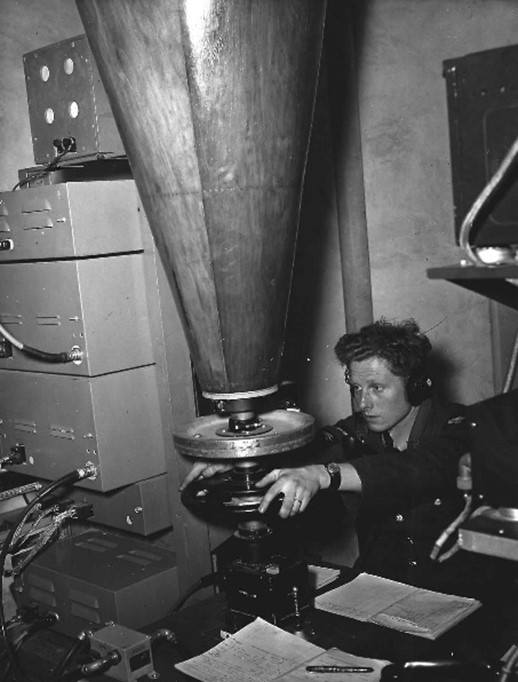 The WRAF was almost fully integrated with the regular RAF and most trades except combat roles were undertaken by WRAF personnel. Technical trades were again a feature, with Signaller, Engineer, Mechanic and Air Traffic Controller being regular professions for women. It wasn’t until 1989 that the first course for female air Navigators started – the women on it began to crew Hercules transport aircraft in 1991. In 1990, Flt Lt Julie Gibson qualified as the first WRAF pilot. 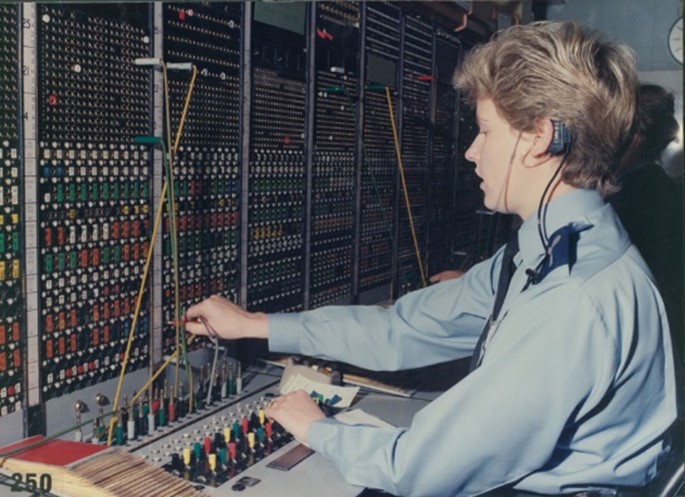 In 1994 the WRAF formally merged with the RAF. In recent years, many thousands of women have served in the many scientific and technical roles required to keep the Royal Air Force running. 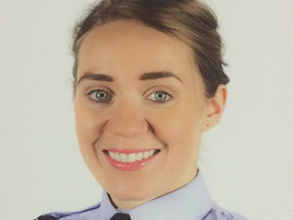 Abbey Addison is an example of a professional mechanical engineer and an Aerosystems Engineering Officer in the Royal Air Force. Recently in her career has managed the maintenance regime for fleets of Landrovers, heavy haulage vehicles and RAF transport aircraft, such as the C130 Hercules.

Linda McLean was an engineer officer of a team of 50 RAF Engineers and is now the senior Flight Test Engineer for the RAF’s front line jet fighter interceptor, the Eurofighter Typhoon. 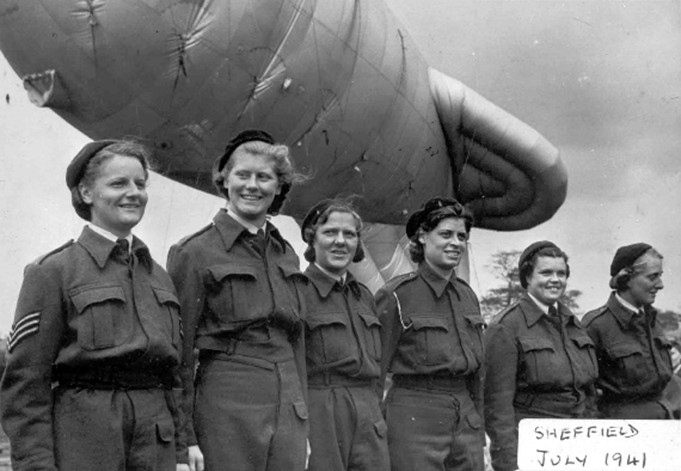 Over the past 105 years, thousands of women and girls have taken on serious commitments to help to defend the nation using their enthusiasm and skills in STEM to the very best effect. Very often, their decisions made when young, have gone on to shape their lives, giving them fulfilment in achievements and experiences they will never forget.

The country is in debt to the contribution of STEM women and girls of the RAF’s past and present, while the Royal Air Force of the future looks forward to welcoming women to its ranks with as wide a range of STEM expertise as it has ever had. 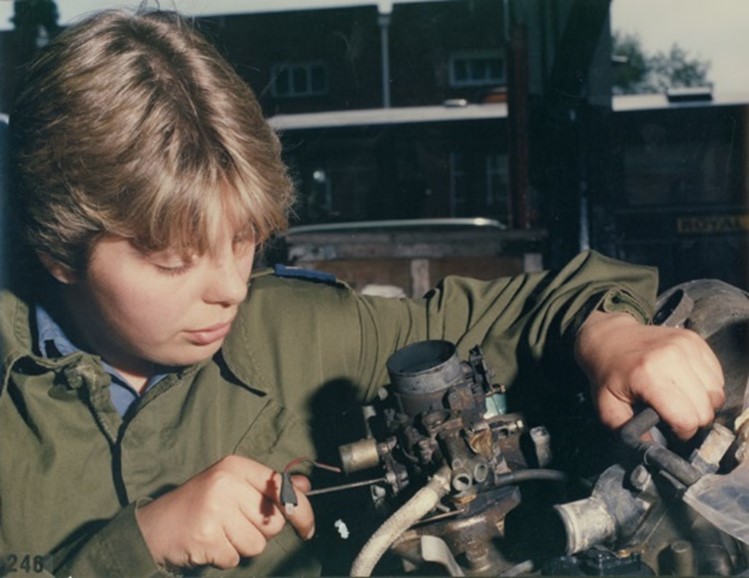 As Community Engagement Manager I have the amazing job of sharing the RAF Museum’s collection with our local community. I love using everything the Museum has to offer in new and innovative ways in order to engage new audiences and ensure that everyone can have a connection to the RAF Museum.