The humble Chipmunk could easily be overlooked amongst its bigger, faster and generally more impressive RAF Museum hangar mates – but it is a source of nostalgia for thousands, and not just for the generations of RAF pilots who began their flying careers in it. 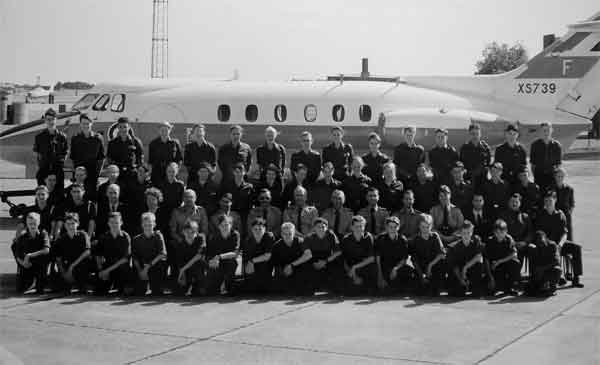 From 1958 until the mid-1990s, thousands of teenage air cadets received their first experience of flight in a de Havilland Chipmunk, operated by one of the RAF’s air experience flights. I was one of them. My cadet squadron’s headquarters was only a hundred yards or so up the road from Cambridge Airport, which was then home to Number 5 Air Experience Flight – although I’m not sure how much more flying we might have got because of that. Anyway, it always started on a weekday parade evening: “There’s spaces for flying this weekend – who’d like to go?” Hands would go up, names were written down, and the lucky few would gather on a Saturday or Sunday morning for a march to the airfield.

First came waiting. Then came the pre-flight entertainment – an 18-minute safety video, fondly remembered by thousands who saw it as “Jump, Jump John!”. Made in 1979, with truly authentic late 1970s music and haircuts, and usually presented on a worn and battered VHS tape, the film followed Cadet John Andrews as he took to the air. John dutifully emptied his pockets of loose items that might jam the controls, donned parachute and helmet and waited for his turn. Once in the air, he managed to remain unflappably calm as he experienced almost every conceivable Chipmunk emergency short of alien abduction – concluding with the jettisoning of the canopy and John standing up into the slipstream created by a large fan just out of shot for a low-budget simulated bale-out.

Then there was more waiting.

Then we got to do what John had done – not the emergencies though. There was an old World War II-style (possibly World War II-surplus) seat-type parachute – meaning that you sat on it to put it on and again when you sat in the aeroplane. Walking in it was neither easy nor dignified. On top of that came a two-part helmet – a cloth inner, with earphones, boom microphone and trailing lead for connection to the aeroplane, and a hard outer bone-dome. I have a big head, in the literal sense; it didn’t look good.

And then it was my turn. A Chipmunk taxied in, and its previous passenger disembarked. Someone would be standing on the wing to help, and to make sure that we didn’t do anything too dim right at the start. He’d beckon the next candidate over, and over you’d waddle. Up on the black walkway at the wing-root, over the side of the cockpit and into the bowels of the Chipmunk’s rear seat. Battered black metal surroundings, instruments, controls, all vibrating with the idling Gipsy Major engine. Another set of straps over the parachute harness, securing the hapless cadet firmly to the Chipmunk. That lead trailing from the helmet would be connected to its socket in the aeroplane, and the headphones would come alive with a hiss of static, blocking the engine noise just a little. One of those polished-calm-RAF-trained voices would come through from the front seat. “Hello, can you hear me? What’s your name?” 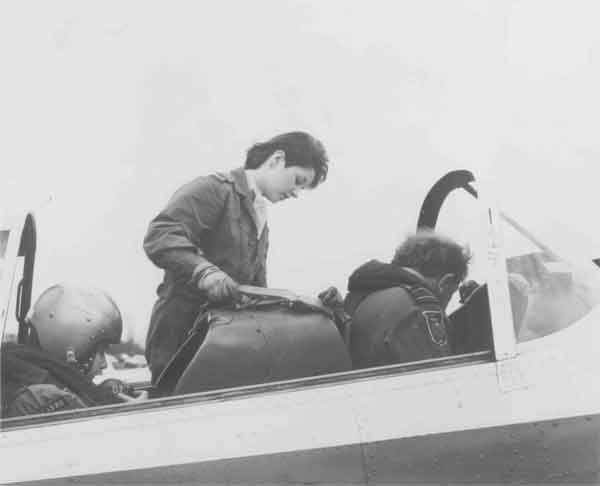 Communication established, the canopy was run forward, the helper departed the wing and the engine noise increased. The Chipmunk taxied around for the end of the runway, as pilot and passenger chatted amicably about the weather, or perhaps the possibility of doing some aerobatics. A little radio chatter, a turn onto the runway, and the engine gave its all as the Chipmunk accelerated. Cambridge dropped away below, and the Chipmunk turned away, towards open country. Aerobatics weren’t compulsory, but they were fun. As soon as we had enough height – and space from other aeroplanes of course – the pilots would happily put us through loops, stall turns, barrel rolls – and let us have a go as well. 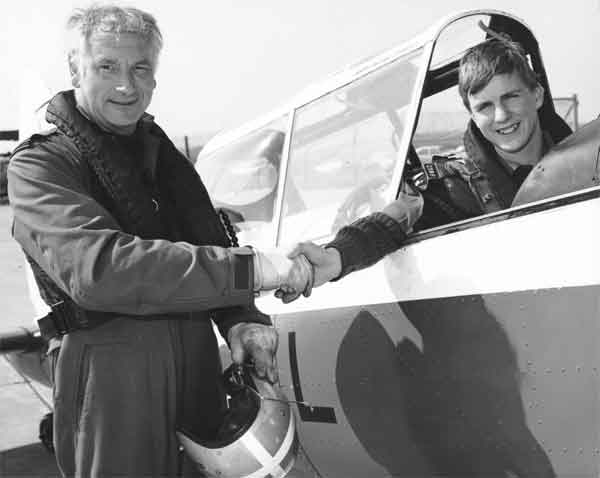 And before you knew it, it was over – Cambridge Airport coming up to meet us, wheels on the runway and taxi in so that the next cadet could have a turn. No cadet ever had to bale out of a Chipmunk as far as I know – but a lot of people have said it’d be good to see that safety film again.

Just to confirm, there isn’t a copy in the RAF Museum’s film archive – but there is in the Imperial War Museums Film and Video Archive, and perhaps they’ll let you have a copy if you ask nicely, and maybe make a small contribution towards the museum’s upkeep. And another thing: at no point in the film – and I have checked – does anyone actually say the words “Jump, Jump John!”.

And one other thing – I recently dug out my old RAF Form 3822, Cadet’s Record of Service book, and discovered that I flew in the Chipmunk currently at Hendon, WP962, from Cambridge airport on 24 March 1995 as a 14-year-old air cadet. 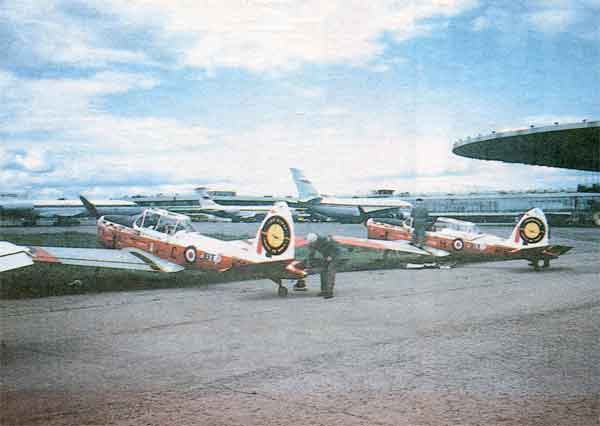 Prior to joining the Museum I worked at the Imperial War Museum, Duxford. I became the curator of film and sound at the RAF Museum in 2010. My role includes caring for the film and sound collection, cataloguing new material, recording of oral history interviews, processing enquiries from the general public, film and television producers and the preparation of audio-visual material for the museum’s exhibitions.