Sisters who did it!

As a new member of the team I was thrilled and intrigued to
find out that at the new RAF Museum exhibition ‘First 100 Years of the RAF‘,
which is opening this summer, the audience will be greeted by the silhouettes
of the most extraordinary individuals who devoted their lives to the Royal Air
Force.

On arrival visitors will discover the story of the RAF through the stories of incredible men and women. As today is International Women’s Day, I would like to talk about three pioneering women, who pushed their boundaries to the benefit of Royal Air Force.

Dame
Fanny Lucy Houston was a professional dancer, political activist, suffragette and aviation pioneer, who was also ‘the saviour of the Spitfire’. Lady Houston was renowned as an extremely
strong character and for being incredibly forward-thinking. Her main contribution to aviation was the generous donation of £100.000 that ensured British
participation and winning of the Schneider Trophy seaplane race in 1931. This in turn facilitated the significant development of the Supermarine Spitfire and
Rolls-Royce Merlin engine before the Second World War. I believe Lady Houston can be considered as the perfect example of a shero of her time with strong principles and a genuine
faith in human progress.

The second individual in my list is Beatrice ‘Tilly’
Shilling, born on this day in 1909 – a brilliant aeronautical engineer and an
expert motor racer. Beatrice joined the Royal Aircraft Establishment at Farnborough and served as an aero-engineer for 43 years, including the period of the Second World War. She was highly respected by her colleagues
for her outstanding intellect, practical skills and personal integrity. She invented
‘Miss Shilling’s orifice’ or simply the ‘Tilly orifice’, a restrictor that prevented the engine stalling in fighter planes such as the Hurricane and Spitfire, when they were going
nose-down to begin a dive, and in the process saved a huge number of pilots’ lives. Beatrice’s
life is a powerful reminder of the equality of men and women in the field of science
and technology. And the fact that a woman can also be an ingenious inventor and engineer. 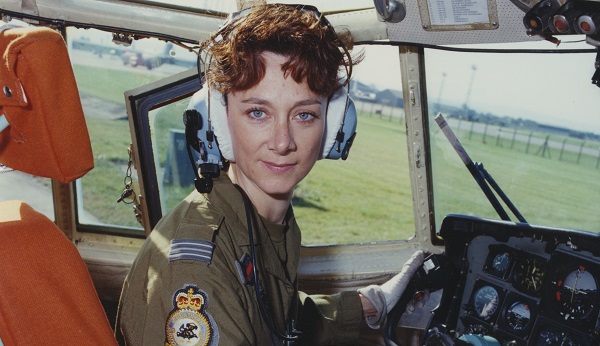 And finally, I would like to introduce to you the first
female pilot of Royal Air Force, Flight Lieutenant Julie Ann Gibson, who was a RAF engineering officer. She applied the first day after the RAF started to recruit
female pilots in 1989 and graduated in 1991 as the first female regular officer
in the RAF. Julie was born into a military family and learnt to fly while
attending City, University of London. Her story is a fascinating demonstration
of how dreams come true due to your faith and determination. During her time in the Royal Air Force she became a
Captain on Lockheed Hercules aircraft based at RAF Lyneham in Wiltshire from where she delivered personnel and equipment all over the
world.

Her empowering words could serve as a great motto for all
those incredible female individuals who pushed the boundaries and shone beyond
expectations and serve as a call to action for all women on International Women’s Day: ‘If you have a dream or a passion don’t let anybody put you off
and don’t let anybody say you can’t do something because you are a girl’.