The RAF Museum is fortunate to receive the medal groups of many former members of the RAF; one recent such addition has a nice Hendon connection. 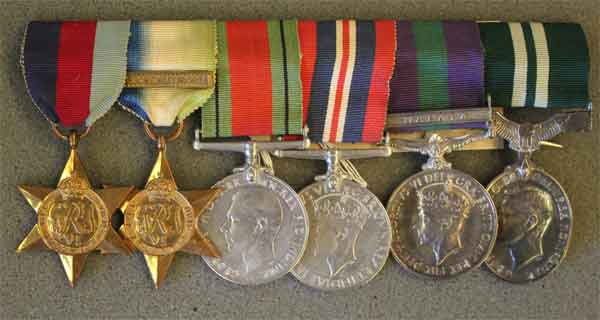 This is the ‘Medal Bar of Six’ of Squadron Leader Donald Ernest Gray – RAF Museum Accession Number X008-4139. It consists of (reading from left to right):

The group at first glance might look quite ordinary with no gallantry medals. However, with information gleaned from his log book an interesting history is revealed and also his participation in a forgotten humanitarian operation. Donald Gray was working at Cambridge Instruments Ltd, maker of scientific and medical instruments, in 1939 he joined RAF following the outbreak of war; he failed his pilot medical due to poor eyesight and instead trained as a Wireless Operator/Air Gunner (WOP/AG).

His flying training was from February 1941( No 1 Signals School); Gunnery training commencing July 1941.

When his training was completed, he flew as part of the crew of the Bristol Blenheim IVF long-range fighter (converted from the standard bomber version by the addition of a four-gun under-fuselage pack) with the Shetland-Islands based 404 (Coastal Fighter) Squadron Coastal Command from December 1941 to Sept 1942 when Bristol Beaufighters replaced the Blenheims. The Blenheims’ duties included shipping protection flights and they could act as escort fighters for bombing raids.

He transferred to No. 224 Squadron Coastal Command flying Consolidated Liberators on long-range reconnaissance and anti-submarine duties from October 1942 to January 1944, on 27 December 1942 they sighted and attacked a U-boat with unknown results, he also records attacking shipping off the French and Spanish coasts and chasing away Junkers Ju 88s from convoys which his aircraft was escorting. He married in 1944. 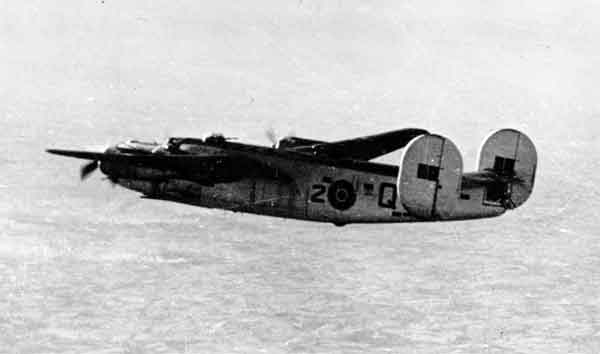 He then went to no. 111 Operational Training Unit – OTU- Nassau (Bahamas) /Lossiemouth (Liberators again) from February 1944 – June 1946 training other WOP/AGs, and flew on Short Sunderland flying boats like the one now in London from February 1947 with the Far-East based No. 88 Sqn from July 1947 – On 1 September 1946, No. 1430 Flight at RAF Kai Tak, Hong Kong had been re-designated No. 88 Squadron for transport duties with six Short Sunderland flying boats. 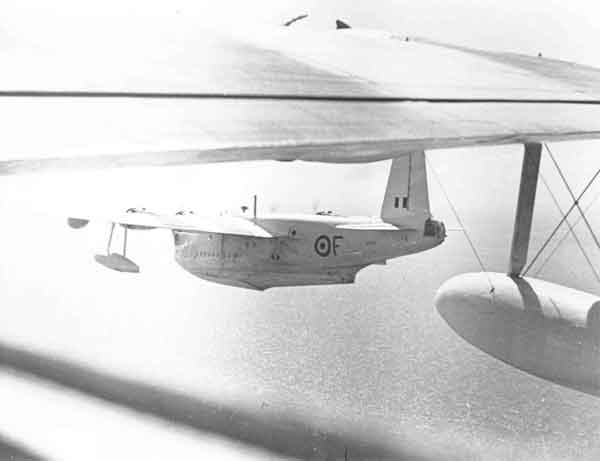 Courier services between bases in the Far East were operated until No.88 Squadron was re-designated a general reconnaissance unit. On 17 May 1949, Donald Grey flew on one of three Sunderland aircraft sent to Shanghai to evacuate British civilians trapped in the city from the advancing communist forces. According to Flight 2 of 1995, 95 civilians were evacuated. The Melbourne Argus reported:

“Strange and pathetic scenes marked the evacuation. Tears flowed as several Sikhs whom the British brought to Shanghai years ago for police duties in the old International Settlement were parted from their Chinese wives and children who could not obtain exit permits.

One Briton arrived at the seaplane base with a dilapidated white-painted office desk exceeding the 20lb baggage limit which he vainly tried to get flown out. Another brought two mattresses bursting at the seams. Others carried bedding and wicker baskets filled with assorted articles, including a bundle of dirty laundry.

The British evacuees were told they were being carried on an “austerity” basis and that no fare would be charged. One man wore two suits, two hats, and an overcoat in the warm sun. Another wore three coats.” 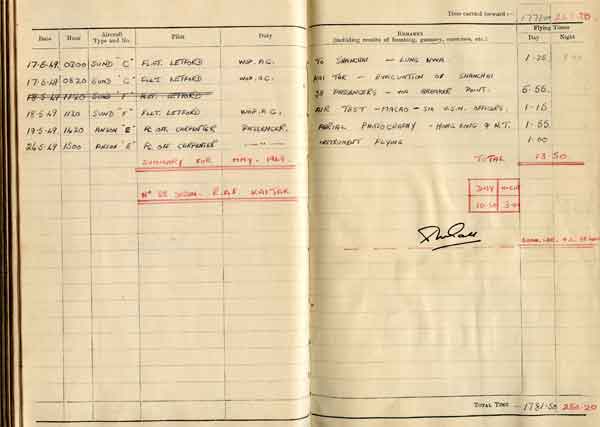 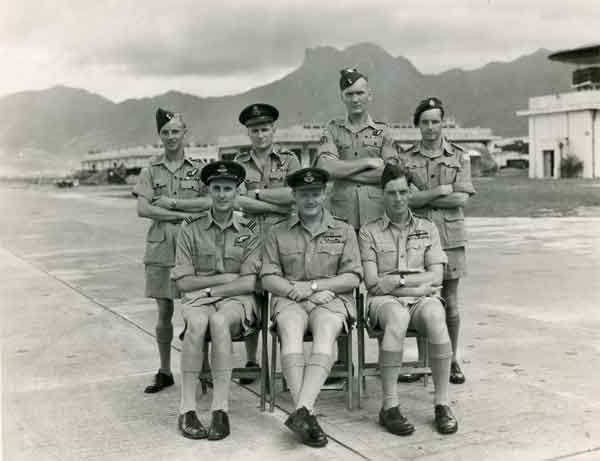 Unlike so many others, Donald Gray had survived over 80 operational wartime missions.

He was on Avro Ansons/Lincolns (such as the example displayed at RAFM Cosford – the only example in the UK) in 1953-4 at RAF Shawbury in Shropshire and made his last flight May 1957 in a de Havilland Chipmunk at RAF North Weald, Essex. He also served at Supreme Headquarters Allied Powers Europe (SHAPE), Belgium in 1976 and in the United States (Lowry AFB) in 1976-78; his final posting was to RAF Hendon where he was President of the Mess Committee (PMC) in the late 1970s, retiring back to Cambridge aged 58.

His Medal Bar was donated along with supporting archive material by Mrs Christine Gray July 2016 to whom the Museum gives its sincere thanks.

If you have any small objects that you would like to donate to the Museum please visit our Donate Artefacts Form.