This blog contains details of frontline injuries and mental heath issues which some may find upsetting.

As part of our RAF Centenary commemorations, the RAF Museum has launched RAF Stories.

This is an online collection of personal memories, capturing and sharing the inspirational stories connected to the Royal Air Force. To help celebrate the RAF Stories project, a series of talks will take place at our Cosford site to highlight some of the most inspiring individuals that have been brought to light by the project so far.

One of those amazing people is Michelle Partington. 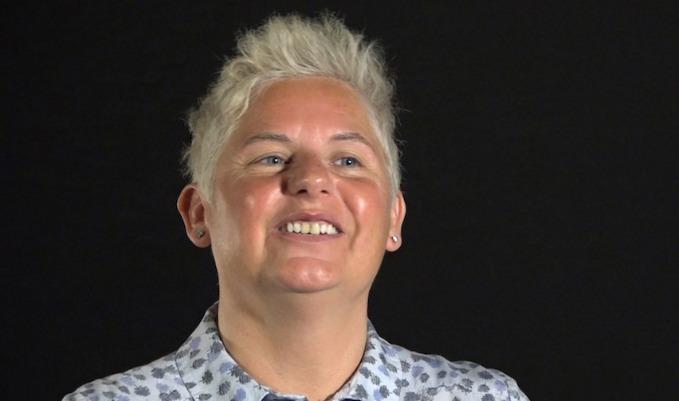 Michelle first joined the Royal Air Force in 1991 at the age of 19 after hearing about the RAF at a school careers fair. Coming from a difficult background, Michelle wanted to use the opportunities provided by the RAF to become a medic and to help others in need. After being an administrator for five years, she finally had the chance to become a Medical Support Officer. However, before Michelle even went on her first tour she faced difficulties, as many believed that a woman would not be capable of working in such an environment. As Michelle reflects:

“It was a massive thing to get a female onto that and the main stress was before I went because of people saying, ‘oh you can’t do that, we can’t have a female, we can’t have this, we can’t have that’ and I’m like, ‘Why?’ You know, for I was pretty stubborn. I was like, ‘I want to do it, I want to prove that we can do it.’ To prove to others that actually it doesn’t matter what you’ve got between your legs, if you can do a job, you’re fit enough and agile enough and in the right frame of mind you can do anything you want…

And for the first week or so it was really, really hard because you have to prove yourself to the lads, cause they’ve you know, they’re going to have a little bit of stigma towards it as well. Saying, ‘Oh a woman can’t do this job.’ And there was a small amount of that but I proved myself quite early on. So then, that went and I just became one of the lads. For me I see that was the making of who I really am as I person.”

Michelle was fulfilling her dream career, and was stationed across the UK as well as completing tours in the Falklands and Bahrain, before going on to do three tours of Afghanistan. This is unfortunately where Michelle’s mental health began to deteriorate. Although training was the best it could have been, it was nothing compared to what she experienced in action.

“The first tour, so much blast injuries, so so much blast injuries, but you got used it, you knew how to manage it, you got into a routine of dealing with them. When I returned to the UK, my friends and my fiancé at the time were saying to me, ‘you’re a bit quieter than you used to be, you’re a bit more withdrawn.’ I wasn’t going out so much. I didn’t realise, it was subtle what was happening. But I got to Brize for what was going to be my final tour. I felt sick at the thought of going back. I should have put my hand up and said I’m not ready, but I didn’t, and got out there and I was literally up here anxiety wise for most of it. Most of the casualties were more gunshot wounds than blasts and they were in places that were quite futile. So, we couldn’t save that many, so it was horrendous…” 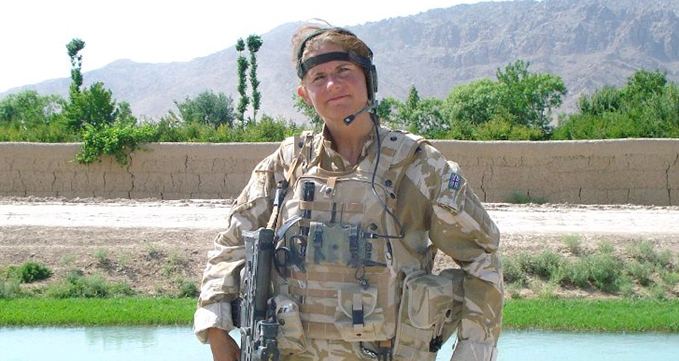 “I actually was running off the helicopter by the end of that final tour thinking, you know what, if I got shot it wouldn’t matter. Because if I got shot, it meant that I could either go home early or I’d be dead and I could end the nightmare that I’d started to realise I was living in.”

Michelle was medically discharged from the Air Force, and struggled to make therapy appointments, keep civilian work, and to participate in normal life as everyday sights and sounds triggered her anxiety. It wasn’t until 2012 that Michelle was officially diagnosed withe PTSD (Post-Traumatic Stress Disorder). It was only when a letter came through from SSAFA informing her that they were going to take her off their books because of non-attendance that Michelle decided to reach out for help.

She began to receive therapy and the support she needed to help her return to her former self. It made her realise that it wasn’t a life ending moment for her and it gave her the confidence to carry on. It was through this support network that Michelle first heard about the Invictus Games. She began training in rowing and powerlifting, which she initially hated, becoming well known for having a sick bucket beside her at every training session. But she powered through and went on to compete at the Toronto Games in 2017, where she met Prince Harry.

“I knew I wasn’t going to get a gold medal or any medal, but I knew for me it was about self-improvement and getting our more and meeting people again, and I started to talk to people with amputations and realise actually they were having a great life and so my head switched which was great. All I wanted was the fire back in my belly…” 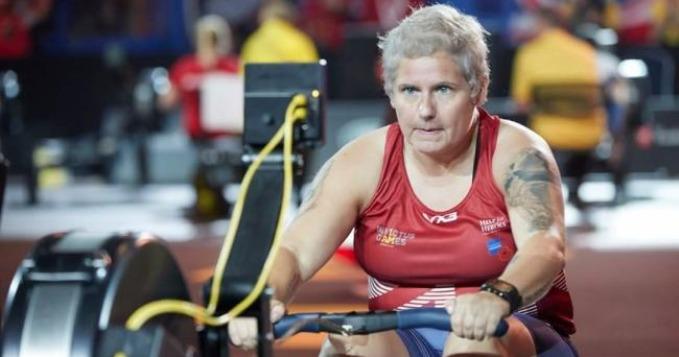 “I got to Toronto. They’d filmed a documentary about me for BBC One. I was due to compete in powerlifting. They had big screens all around and they started to show some of the documentary just as I was about to go on. It was about me talking to my mum about taking my own life and how she felt. And I just fell apart. Absolutely fell apart. And I wasn’t going to compete, well I didn’t even think about it, I was in bits. And then out of nowhere, Prince Harry came running over and gave me a massive hug. And that just brought me back into the room, and I just went out and smashed it!”

Since then, Michelle has set up her own help line service and mental health charity called ‘Behind the Mask Mental Health Foundation’. As well as this, she also delivers talks and workshops about her own experience, with the hope of helping others who struggle with their mental health. Michelle is currently training to row across the Atlantic in December 2019, knowing that by putting herself out there and giving herself a challenge, will help continue her positive road to recovery.

I find Michelle’s story very inspiring, and she has had to prove that women were capable of working on the front line, as well as overcoming difficulties with her mental health and getting the fire back in her belly.

Michelle’s story shows the importance of talking openly about mental health issues, particularly for returning service personnel, highlighting the benefits of having a support system in place. I hope that others can take comfort in Michelle’s story, and feel that they too can reach out for help if they are struggling.

Michelle will be the first guest speaker for the RAF Stories series of talks on Thursday 6th September, at RAF Museum Midlands. To find out more information and to book your free ticket to Michelle’s talk, please visit the museum website.

You can also find Michelle’s and many other inspirational stories on the RAF Stories website.