Whilst researching objects for a display on aviators’ lucky charms I was introduced to a little toy penguin called Percy, who has been in the Museum collection since 1980. Percy is 22cm tall with a velour fabric body, and only one foot. By himself Percy is an unremarkable cuddly toy, but after reading about Percy’s history, I think he is a remarkable survivor. 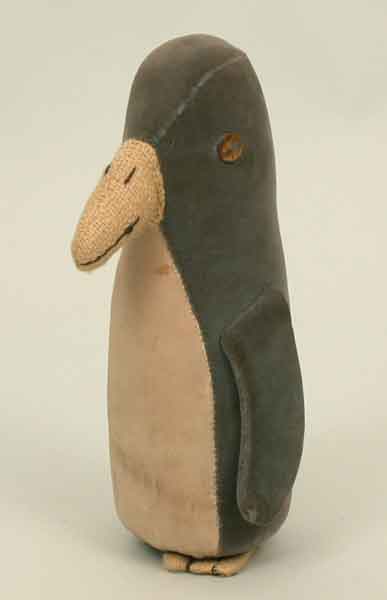 Percy was the mascot of Flight Lieutenant Stanley Ernest Chapman, a bomb aimer with 158 Squadron RAF based at Lissett, Yorkshire in 1943. 158 Squadron flew Handley Page Halifax bombers, and Stanley’s crew of seven usually flew in Halifax serial HX333, coded NP-J, and nicknamed “Jane”. Stanley carried Percy with him as the crew’s lucky mascot, and by January 1944 they had completed 14 operations.

On 28th January 1944 Stanley and his crew boarded “Jane” for that night’s operation, to the German capital Berlin. Whilst over the target the tail section was hit by anti-aircraft fire and “Jane” became difficult to control. Eventually the captain ordered the crew to bale out.

Stanley recalls how “…I stuffed Percy the mascot inside my flying jacket, put on my parachute, opened the escape hatch…and lowered myself until the slipstream took over and whisked me smartly away…I recollect the snap as my chute opened, it felt as though my neck had broken.”

Stanley landed unhurt in an orchard, only to be captured a few minutes later by German soldiers, and spent the rest of the War as a prisoner. Percy also became a prisoner of war and was retained by his prison guards until eventually being returned. All of Stanley’s crew became prisoners but survived the War. 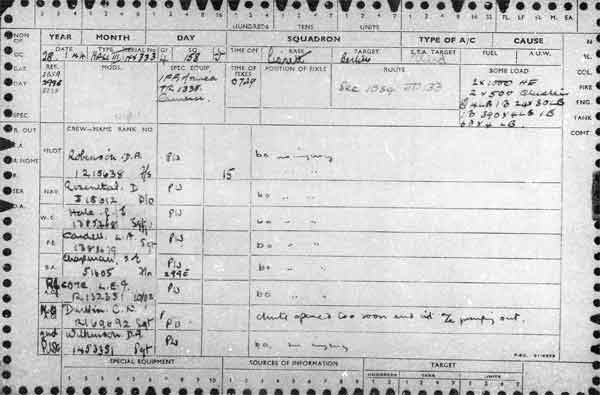 You could say that the crew were unlucky to have to bale out and become prisoners of war, but Stanley’s view was quite the reverse. He believed Percy had brought the crew good luck “…Like many others on active service a mascot answered some unexplained need. The word ‘lucky’ is always associated with such items and it can, perhaps be born out on our surviving the night of January 28/29th 1944. Our losses were 44 aircraft that night, the vast majority of these crews did not witness the dull dismal dawn of the 29th which looked pretty good to me”.

Percy is on display at Cosford alongside other surviving mascots and lucky charms, each with their own unique stories. 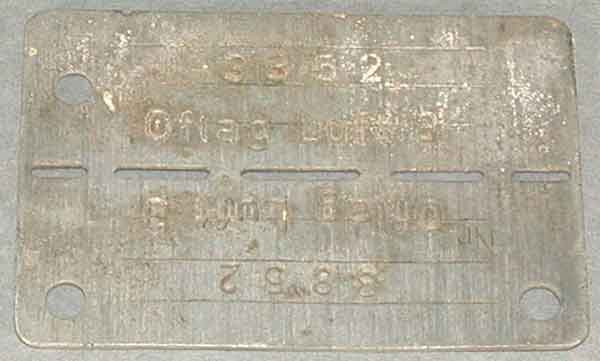 While researching Percy the Penguin I was quite amazed to find ten photographs online of Halifax HX333, after its forced landing which are held by the Resistance Museum, Friesland. These images can be viewed by running a search for HX333 on the Dutch World War 2 image bank.