Pilots of the Caribbean

October is a Black History Month. The RAF Museum is proud to celebrate and commemorate the incredible achievements and the enormous contribution made by the RAF black service personnel in the Royal Flying Corps and the RAF.

Black people have been serving in British Flying Forces since their creation. As a part of my role at the RAF Museum I have created an outreach drama that tells the stories of African and Caribbean RAF Personnel. My research has helped me uncover a number of fascinating people.

Many of you may remember the all-time favourite children programme Gerry Anderson’s Thunderbirds and Captain Scarlet in 60’s – 90’s children television. These shows had massive explosions, aliens and action galore. Among the voices of the still faced marionette puppets was a man by the name of Cy Grant. Before showbiz fame Grant was an RAF Navigator who served during the Second World War.

Born in Guyana, Cy joined the RAF in 1941. He served as a navigator in No 103 Squadron, flying on Avro Lancaster bombers. In 1943, his Lancaster was shot down over the Netherlands during the Battle of the Ruhr. Cy was captured by German forces and became the prisoner of war. In 1945, he was freed by Allied Forces.

He had a successful career in entertainment as he was one of the first black actors regularly featured on television in 1950s. He worked with the likes of Laurence Oliver and sang calypso related news on the BBC’s Tonight show. Cy also set up his own theatre ‘The Drum Arts Centre’ as he was determined to create spaces for black artists. Had men and women like Grant not fought for the rights of black artists black people now may not have the opportunities they have today.

In my research, I had to go through some horrible moments in history. During the First and the Second Would Wars African and Caribbean personnel suffered violent acts both in the military and from society.

Lilian Bader, British biracial woman, was born in Liverpool 1918. She had to endure obstacle after obstacle in order to serve her country in the time of war. Orphaned at the age of nine, Lilian was brought up in a convent. With the outbreak of war in 1939 Lilian wanted to serve her country, but she was fired from her position within a Navy Army and Air Forces Institutes (NAAFI) canteen for having a Jamaican father. 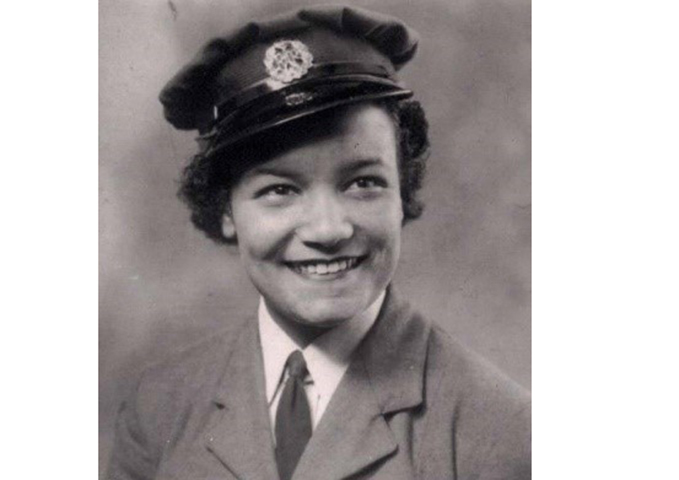 Listening to Una Marson’s BBC radio programme ‘Hello West Indies’ gave Lilian the chance she needed. She got the opportunity to join the Women’s Auxiliary Air Force (WAAF). Hard work and perseverance would see her to rise to the role of Instrument Repairer. 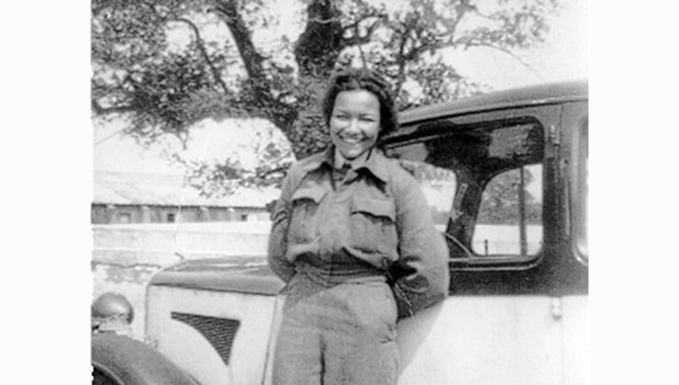 After the war, Lilian studied for a degree at London University and became a teacher. Her younger son flew helicopters in the Royal Navy and later became an airline pilot. In 2015 she passed away, her achievements still have a huge impact on us today.

Lilian sat in a studio audience on BBC’s 90’s television show Hear Say. This episode was highlighting the contribution of African-Caribbean military personnel. Lilian Bader has this to say when asked about why it was important for her to serve:

Lilian Bader undoubtedly had a very strong character and great personal integrity that helped her to push every obstacle to protect this country.

Sitting in the television audience alongside Lilian on the set of BBC’s Hear Say was a young Trevor Edwards, a British born black man, who defies the belief that there are no opportunities for black people to succeed in the military.

“The opportunity is here to do very well really. You can do it! The fact is that I’ve gone to a good school, gone to university and I’m flying fighter jets for the RAF” 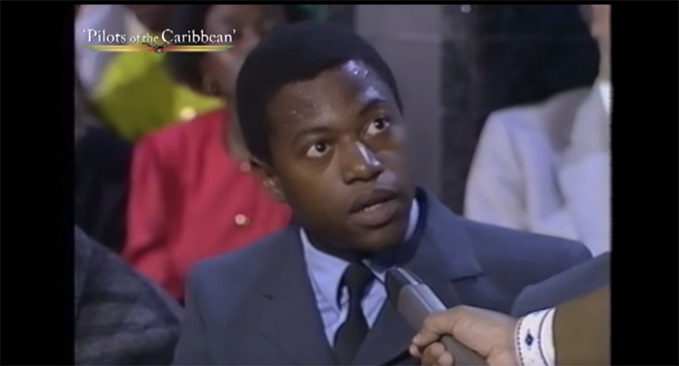 Edwards was born in Woolwich in 1963 to West Indian parents. From a young age, Trevor always had a fascination with aviation but deep down never thought he could be a pilot. Years later he signed onto the RAF Regiment and his journey towards becoming a pilot was becoming a reality. However, an injury following a gruelling training exercise, led to getting his toes amputated.

His passion for flight never died out. During his time at Headley Court Rehabilitation Centre he received flight training with Bristol University Air Squadron in exchange for teaching others his regimental knowledge. After all this hard work, he became a pilot in 1987. At our London site, we have Trevor’s silhouette kneeling in front of Jaguar fighter jet. And this image can serve as a symbol and inspiration for anyone who is ready to show persistence and determination in reaching their goal. 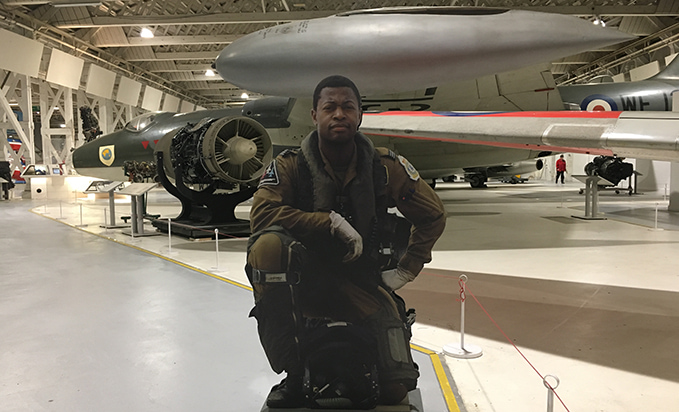 Today we have highlighted only three stories about RAF black service personnel, but there is a countless number of others, who fought and protected their country and our freedom.

We are very proud to tell their stories and to celebrate and commemorate their incredible achievements. We have the online exhibition ‘Pilots of the Caribbean’ on our website that tells more stories of the RAF black service personnel.

We also have a YouTube playlist ‘Pilots of the Caribbean’ where you can hear those stories from these individuals.

To celebrate and commemorate Black History Month 2018 we have planned a day of fun and exciting activities, Wings of Windrush, on 28 October, at our London site. Visitors will enjoy rhythmic African-Caribbean music, songs and dances, delicious Caribbean food, fascinating talks and immersive storytelling sessions. Please come and join us for this amazing event where I will also be performing ‘Pilots of the Caribbean: Flying Colours’ a performance piece that shines a light on the Windrush generation and their contributions to the defend the ‘mother country’ in its time of war. I hope you will join me.

As an Access & Learning Assistant I enjoy learning and sharing the stories about incredible people that make up the RAF history.