During the Second World War, thousands of exiles from German-occupied Poland were keen to join the RAF and to fight back against the common enemy. The RAF gladly welcomed Polish airmen but didn’t let them fly operationally at first. The reason was because many of the Poles didn’t speak English.

However, the British soon realised that the Poles were excellent pilots, they had more combat experience and they employed superior tactics. As the Battle of Britain wore on, the exiles were accepted into RAF squadrons and two Polish fighter units, Nos. 302 and 303 Squadrons, were formed. 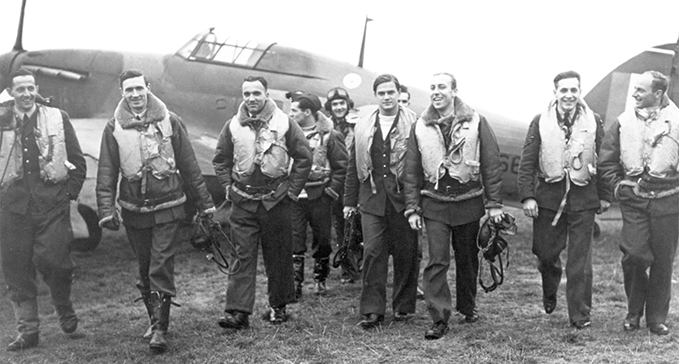 Once committed to action, the Poles flew and fought superbly. Polish fighter pilots destroyed 957 enemy aircraft with 58 men claiming five or more victories. Polish squadrons in Bomber Command and Coastal Command dropped a total of 14,708 tons of bombs and mines on enemy targets.

No. 303 (Polish) Squadron became the most successful Fighter Command unit in the Battle, shooting down 126 German machines in only 42 days. Czech Sergeant Josef Frantisek, also of ‘303’, was the top scoring pilot with 17 confirmed victories.

To celebrate and commemorate the exceptional valour demonstrated by Polish pilots in the Battle of Britain, the RAF Museum selected a Polish airman, Squadron Leader Franciszek Kornicki, to take his rightful place in our new permanent exhibition ‘RAF Stories: The First 100 Years: 1918-2018’.

Franciszek Kornicki like many of his other countrymen escaped to Britain from occupied Poland and continued to fight with the Polish Air Force in exile. He became the youngest Polish Squadron Leader in 1943 at the age of 26, due to his incredible skills as a Spitfire pilot and his quiet authority.

After the Second World War he remained in Britain, joined the RAF in 1951 and served for a further 20 years. Kornicki celebrated his 100th birthday in December 2016. 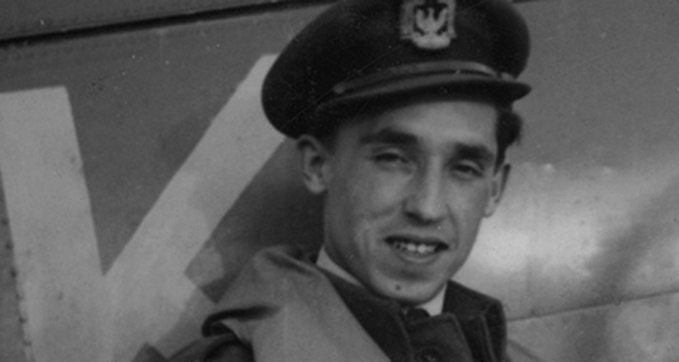 As part of our multi-million pound Centenary Transformation Project, we ran a poll to find ‘The People’s Spitfire Pilot’ for ‘RAF Stories’ courtesy of the Daily Telegraph. We asked 11 ‘ambassadors’ to select a renowned RAF spitfire pilot and to explain why they believed their candidate should become The People’s Spitfire Pilot. We were absolutely astonished by the response we received from people, and the number of votes the poll received.

Franciszek Kornicki was the runaway winner with 325,000 votes due to a social media campaign in Poland and among the Polish Community. Sir Douglas Bader came in in second place.

On 29 June 2018, the day of the RAF Museum London’s Royal Re-opening, Polish Ambassador Arkady Rzegocki unveiled the Museum’s monument to Franciszek Kornicki. The RAF Museum’s curator Peter Devitt explained to the press who the other pilots were in the poll and how impressive Kornicki’s victory was.

You can now meet Squadron Leader Kornicki in the ‘Defends’ section of our new permanent exhibition ‘RAF Stories: The First 100 Years: 1918-2018’ beneath our MK Vb Supermarine Spitfire . 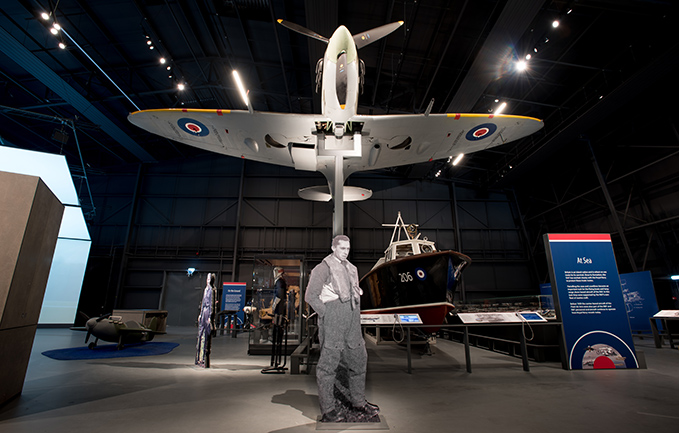 Why not drop in and take a picture of yourself with ‘The People’s Spitfire Pilot’, Franciszek Kornicki and view our new magnificent exhibitions? Admission is free.