Posts From the Archive: Evelyn Hudson and ATA

I got a wonderful response to my last post and received further information regarding William McKnight from Mr Timothy Dubé. This next post looks at another story from the archive.

I have now been in post for over three months. One of my most memorable meetings recently was when, with Museum Librarian Gordon Leith, we met with John Richards and his wife Dena. They were visiting us from the United States and depositing with the Museum some digital archival records of his late mother Evelyn Richards (née Hudson) who John described as ‘Hawaii’s Amelia Earhart’ and who I immediately developed a fascination with. I was in awe of her life and achievements and she introduced me further to the world of the Air Transport Auxiliary. 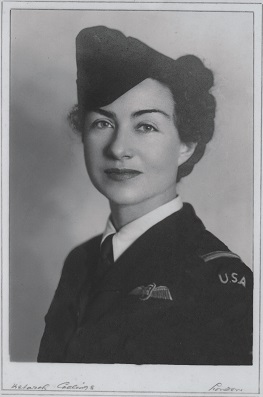 Evelyn’s life was full of adventure to say the least. At the age of two, Evelyn and her family emigrated to Canada. Her father Frank’s motivation was to be a cattle rancher, he was originally a butcher in Yorkshire. Evelyn was one of six children at the time, a seventh was born in Canada.

Evelyn excelled at sport from a young age, particularly swimming and diving. Evelyn won the Alberta Provincial championship in 1925, 1927 and 1929. In 1930, following a previous holiday, Evelyn aged 21 and her sister Winnifred aged 23, relocated to Hawaii. 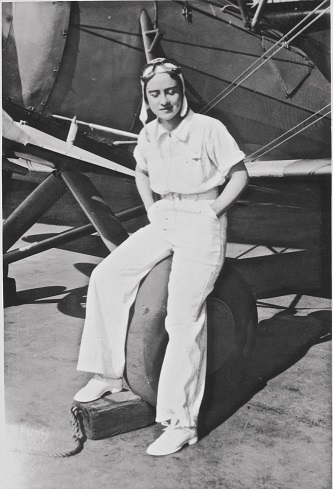 Evelyn took part in further swimming events which included appearances alongside a childhood hero of mine, ‘Buster’ Crabbe, who I remember from old reruns of Flash Gordon on TV. Evelyn would begin going higher in the sky with flying lessons in August 1931. By November 1931, Evelyn had become the first woman to be granted a private pilot’s license in Hawaii. Evelyn would attract a lot of press attention throughout her career. 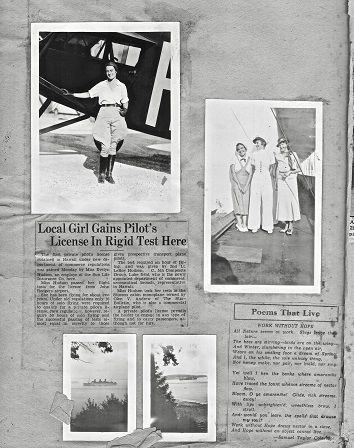 A year later, Evelyn would be undertaking commercial flying trips around Hawaii, undertaking mostly sightseeing tours. She would continue to train and in 1935, gained a Transport Pilots license and was the first woman in Hawaii to be granted one. Later that year in July, Evelyn would relocate to Los Angeles. It was here that she would take part in air derbies, stamina flying (at one time flying continuously for 19 hours and 57 mins, picking up fuel via special machinery from moving cars and making repairs to her Aeronca NC 15287 while in the air), and high attitude flying, in 1939 reaching the height of 18,000 feet in a Security NC18967. 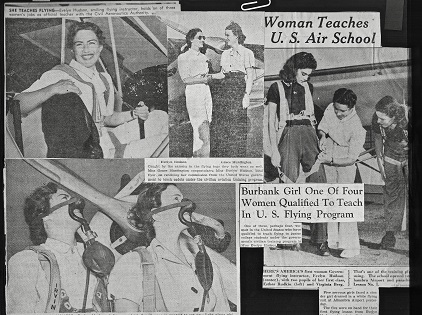 This would all stand her in good stead in 1942 when she joined the Air Transport Auxiliary (ATA). The ATA was formed in 1939 following an initiative from Gerard d’Erlanger (Director of British Airways), with its headquarters at White Waltham, Maidenhead. The idea was to use the ATA initially to transport aircraft and undertake missions such as flying VIPs and ambulance cases. In May 1940 the ATA would take over transporting all military aircraft from factories to maintenance units and by August that year they were transporting all military aircraft including fighters and bombers. 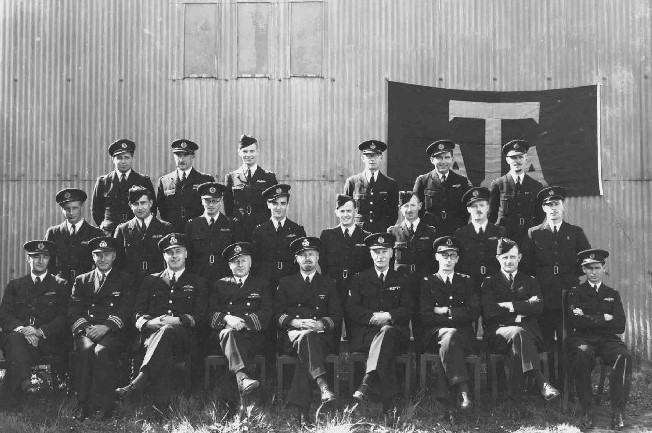 The Air Transport Auxiliary employed pilots that would be exempt from service due to age and health. Due to this, it received the nickname ‘Ancient and Tattered Airmen’ but would soon prove worthy of the nickname ‘Anything to Anywhere’. Its work was vital in the war effort ensuring that combat aircraft were available in the correct locations. This would free up RAF pilots whose services where much needed elsewhere. Its estimated that in total the ATS delivered more than 309,000 aircraft and members of the ATA logged 415,000 flying hours. 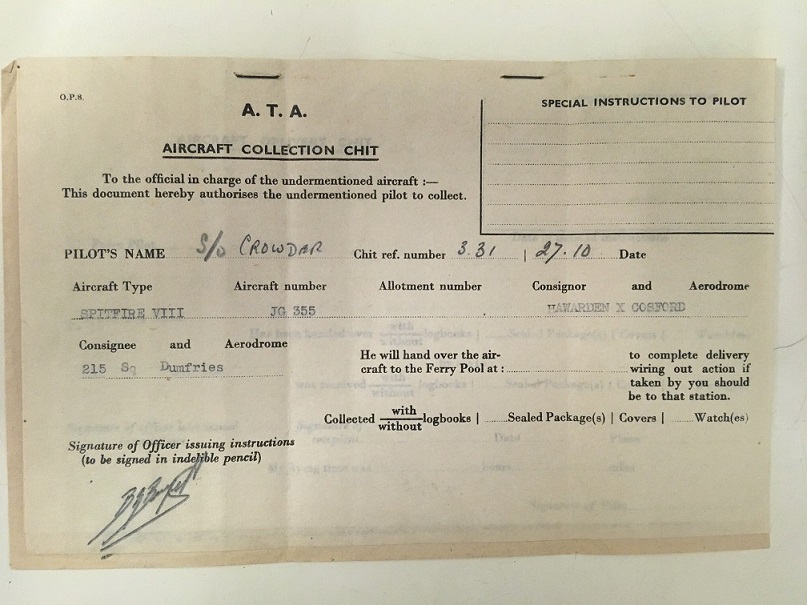 The ATA is rightly famous for women also being able to join and fly planes. Women were first recruited on New Year’s Day 1940, by Pauline Gower, a commercial pilot in her own right with 2,000 flying hours logged.

Women still suffered restrictions in the early years of the ATA. This included them not receiving equal pay until 1943. Women were also initially not allowed to fly fighter aircraft. This changed on 19 July 1941 when Winnie Crossley become the first woman to fly a Hurricane. Later in 1942, First Officer Lettice Curtis would become the first woman to fly a four-engine bomber. In total, the ATA employed 168 women during the war. 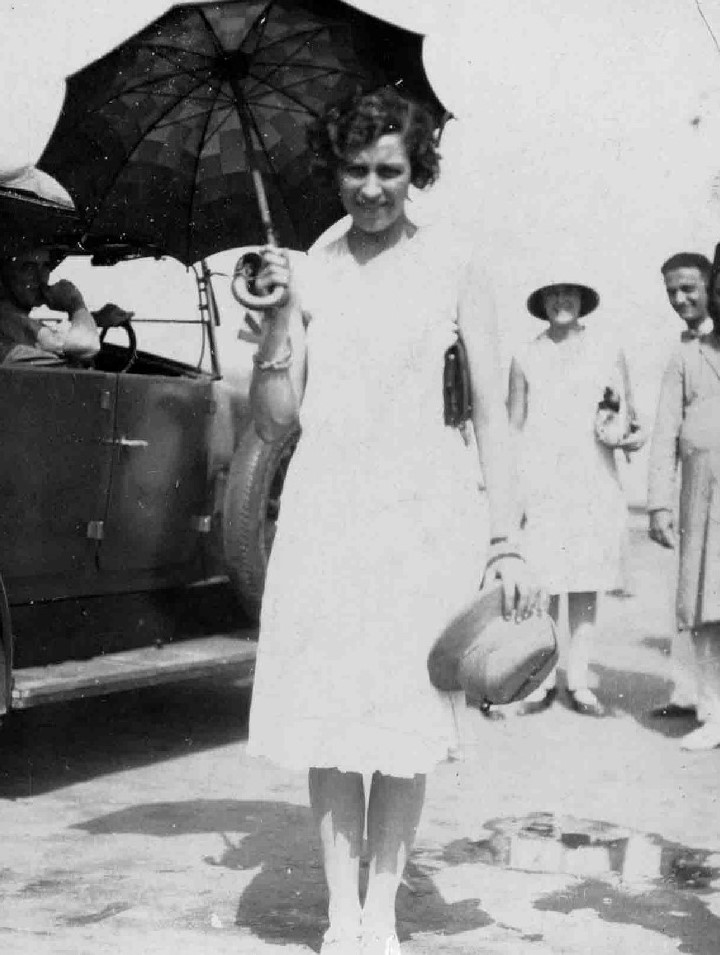 Air Transport Auxiliary pilots would deliver new aircraft straight from factories to squadrons and those aircraft in need of repair were taken to and from maintenance. The ATA was vital in ensuring that the Royal Air Force and the Fleet Air Arm had aircraft when needed. The pilots of the ATA had to be highly skilled to fly a wide variety of aircraft often with little, if no, prior experience in the aircraft. One of the most famous members of the ATA was Amy Johnson, who would die in service in January 1941 while transporting a plane, crashing into the Thames estuary. Thus highlighting the dangers of the job. ATA crew would often have to fly in bad weather without instruments or radio. Many of the aircraft that were picked up would not have been flight tested and lacked instruments that the finished aircraft would have.

Evelyn Hudson highlights the diverse nationalities represented by the members of the Air Transport Auxiliary. A pamphlet in the RAF Museum Library on the opening of the ATA Memorial Museum located at White Waltham Airfield, Pennsylvania (R021791) lists the countries those who served in the ATA originated from. In addition to Britain they came from;

Australia, Austria, Belgium, Canada, China, Chile, Czechoslovakia, Denmark, Estonia, Ethiopia, France, Holland, India, Mauritius, New Zealand, Poland, Russia, Spain, Sri Lanka, South Africa, Thailand and the United States of America. It is estimated that this diverse group would fly 150 different types of aircraft in its years of operation from 1939 – 1946 and undertake some 309,011 aircraft movements. These were vital to the war effort and enabled squadrons to operate at full strength for as long as possible. When the United States declared war on Japan on 8 December 1941, Evelyn was a highly experienced pilot and teacher with some 2,679 hours logged. 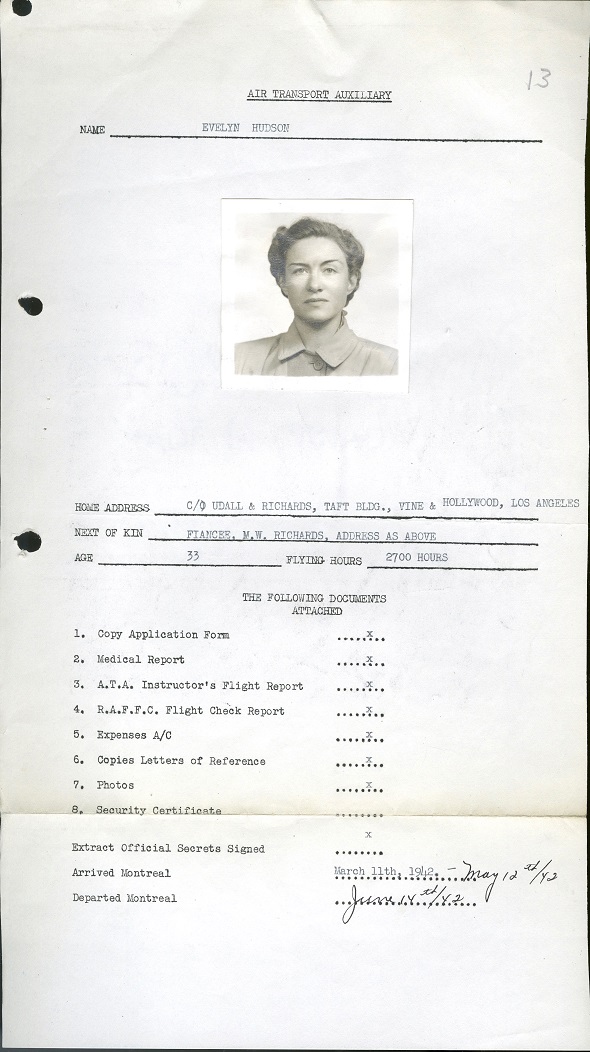 Evelyn arrived in England in March 1942 after being transported on the troopship Halifax. In her role with the ATA Evelyn would fly Hurricanes, Spitfires, Wellingtons and Beaufighters. However, Evelyn’s invaluable work in the ATA would be cut short in March 1943. While hitching a ride back to RAF Cosford in a Wellington, the aircraft would suffer an engine failure during take-off. This resulted in the plane crashing into power lines at the end of the runway. Evelyn would be thrown out the plane from a hole in the fuselage. Her son John memorably recalls that his mother’s ‘most vivid memory of the crash was thinking about the geodetic construction of the Wellington’s fuselage as she was being projected at it.’ No other members of the crew were hurt in the crash but Evelyn would spend six months in a full body cast in a Canadian military hospital. 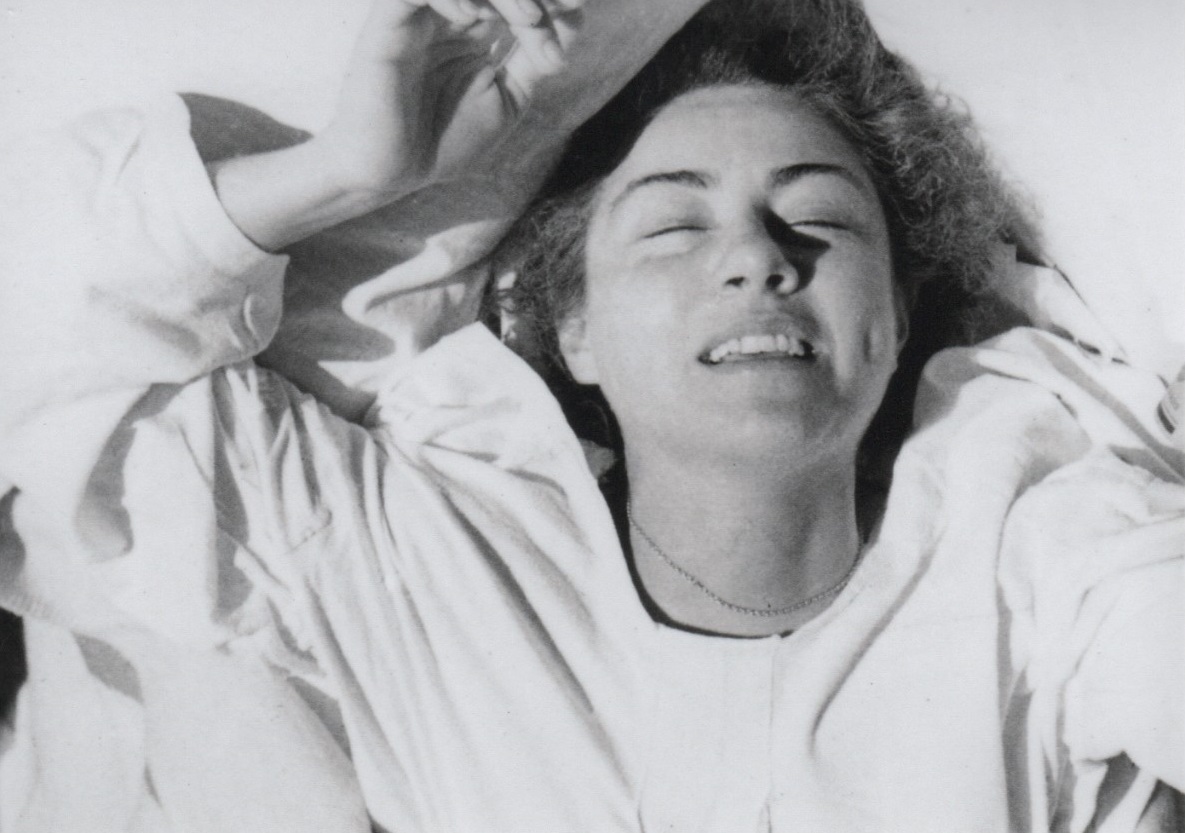 By this point Evelyn had 2,916 hours flying logged. Evelyn would never pilot a plane again. Her ATA service was terminated in August 1943 and she would return to Los Angeles and her sweetheart Mario Richards. Evelyn would marry Mario soon after her return. Perhaps both realised how lucky she had been to survive the crash and Mario was due to see action in the Far East soon and was undertaking glider pilot training. John stated in our meeting that he was sure that to date Evelyn one had to be flying or willing to learn! Although she never flew again Evelyn would take commercial flights and in 1971 she and Mario were passengers in a Piper Cherokee Arrow 200 for a sight-seeing flight over her home in the Hollywood Hills. The pilot was her son, John W. Richards. 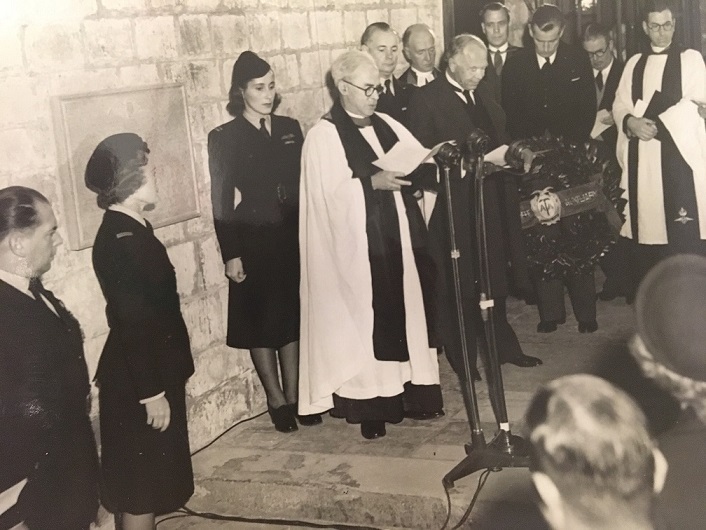 The RAF Museum Archive and Library Archive holds over a thousand personal files of members of the Air Transport Auxiliary, including Evelyn’s, all with a tale to tell. There is an ongoing project by one of our hardworking volunteers Jack Taylor to list this material to make them more accessible.

An online exhibition showing some of the highlights of the ATA collection in photographic form can be viewed here.

The ATA also has a museum based in Maidenhead Heritage Centre.

The ‘Golden Age’ of aviation of which Evelyn was obviously a part is recorded on this website.

I will leave the last word to Molly Rose, as quoted in The Women’s RAF by Yona Zeldis McDonough, published in Air & Space, April/May 2012. Molly joined the ATA in 1942, when asked if she was scared, she replied;

‘When you are 21 or 22, you feel very capable, very sure of yourself … you think you know all the answers and if you think you know the answers, you simply get on with the job. I don’t like the over-glamorisation of what we did back then. It was a job, and we did it as well as we could. But everyone was doing their part for the war. Ours was just a more interesting job than most’

Molly delivered 273 aircraft during her ATA career, she died in November 2016 at the age of 95. Like Evelyn she lives on in the Royal Air Force Museum Archives.