As the 100th anniversary of the start of the First World War approaches it is perhaps opportune to recall the Royal Flying Corps Concentration Camp of June 1914. Col. Frederick Sykes the commander of the Military Wing of the Royal Flying Corps (RFC) ordered all the squadrons of the corps to concentrate together at Netheravon for a training exercise and practice mobilization in June 1914 in response to growing political tensions in Europe.

The RFC consisted of only four full squadrons and despite its small size it was still a considerable undertaking to bring all the units, to Netheravon. 2 Squadron, for example, were stationed at Montrose on the Scottish coast about 70 miles north of Dundee. The squadron was to move south in its entirety, this included all the men and the squadron’s transport of 34 vehicles, some of which had a top speed of only 10mph. 2 Squadron’s move began on the 11th May. The 570 mile journey was to be completed in nine stages, each stage equating to the furthest the slowest vehicles could be expected to travel in a day, thereby testing the reliability of the aircraft and vehicles and the ability of the men and officers to cope with servicing the aircraft on the move. 2 Squadron finally reached Netheravon on the 25th May, two weeks after leaving Montrose. 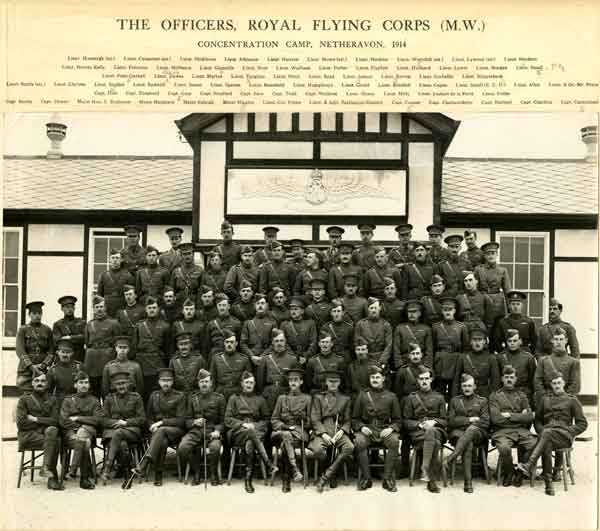 The assembled squadrons comprised of approximately 60 aircraft, 150 vehicles and 700 officers and men. Much of the flying training took place in the morning when the winds were generally lighter, with afternoons given over to committees and lectures where officers and men would share their knowledge and practical experience. 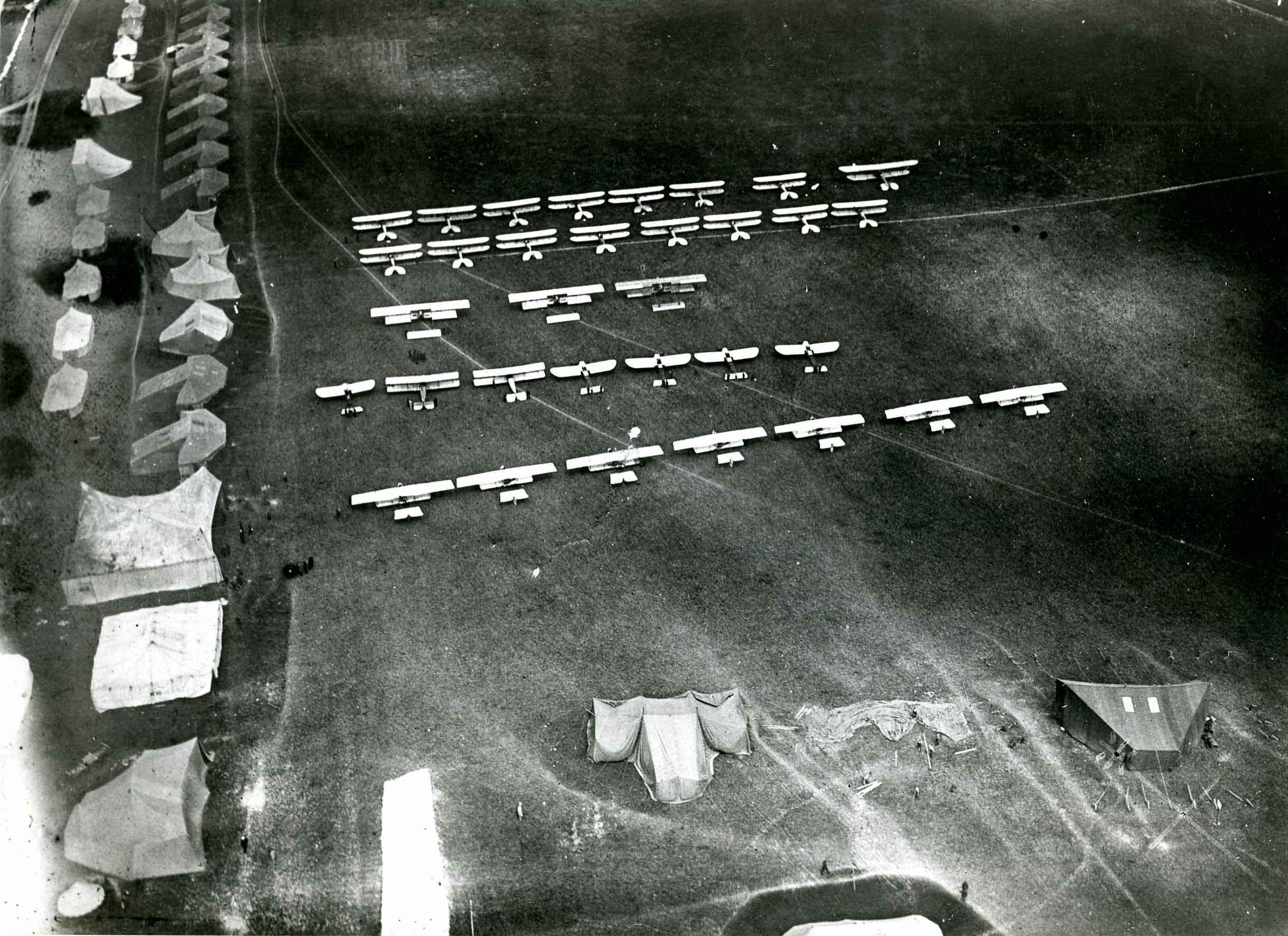 Lt George Carmichael recalled some of the exercises that he participated in
‘such as reconnaissance, locating a free large toy balloon, reporting possible landing places, testing height and speed, and landing distance needed over an imaginary hedge represented by tape at 20 feet stretched across poles.’ 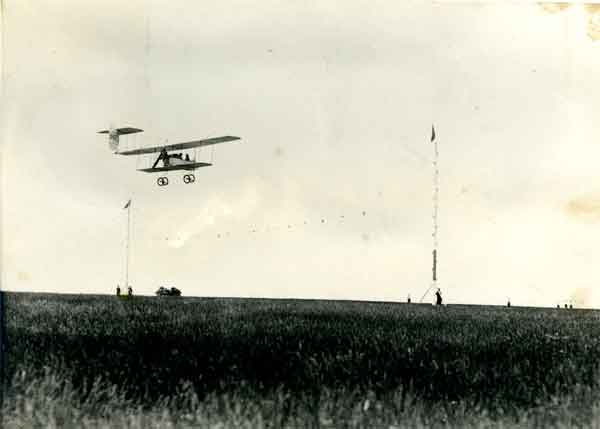 It was during the concentration camp that the prospect of war was raised as, Philip Joubert de la Ferte remembered.

It was at this camp that we were first told officially, but secretly of the imminence of war with Germany. I shall never forget the solemn meeting of 3 Squadron when our squadron commander, Major R. Brooke-Popham , told us what was expected.

It was not all work, however, Wednesday’s and Saturdays were half days with the afternoon’s given over to sports, AM3 Fred Burns recalls that future Victoria Cross recipient James McCudden excelled in the slow bicycle race coming in yards behind everyone else. 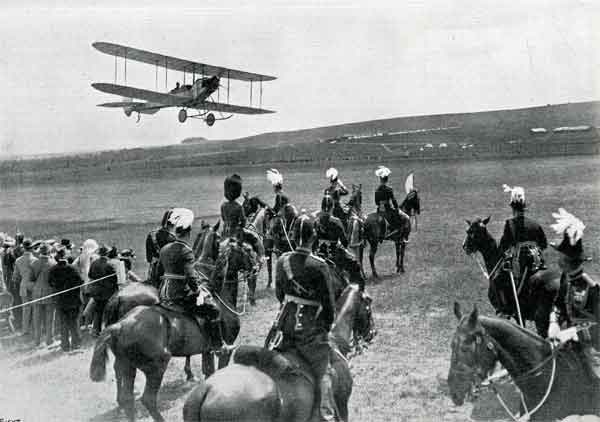 The camp began to break up on the 2nd July, and it was agreed that the camp had been a most successful exercise and had put the RFC at a good level of preparedness should war break out. 2 Squadron started their long trek north and did not to complete their move back to Montrose until the 19th July. Just over two short weeks later war would be declared and the RFC would have to put into practice all the lessons they had learned at Netheravon.