RAF women in the Far East

As part of a series of blogs commemorating the 75th anniversary of V-J Day, I will reflect on the part women played in the Far East during the Second World War.

It is hard to tell the story of women in the Far East war because there is no single story. Many will remember the 1980s television drama ‘Tenko’ about Australian, British and Dutch civilian women taken prisoner after the fall of Singapore in 1942. The horrors faced by women prisoners of war and internees were captured in testimonies at military tribunals after the war.

Women did not only fight for survival in prisoner-of-war (PoW) and internment camps. They fought in and supported resistance movements in Japanese-occupied territories, and female war correspondents reported the Far East war from the front line. Marsali Wood, who sadly passed away in April, was a wireless operator for Special Operations Executive (SOE). Patricia Rawlinson was an SOE coder. Based in Colombo, she decoded agents’ messages from across the Far East. Ursula Graham Bower led Naga guerrillas and fought herself against the Japanese armies that invaded Burma in 1942.

In February 1944, Director of the Women’s Auxiliary Air Force (WAAF) Dame Trefusis-Forbes led a delegation to India. With a manpower shortage, she investigated how the WAAF could be employed in SEAC. WAAFs aged 20-38 years were invited to volunteer. Roles on offer included transport, maintenance, plotting, wireless telegraphy and clerical duties. The first draft arrived by ship in November 1944. By January 1946, over 1,200 WAAF officers and airwomen were in Singapore, Delhi, Mumbai and Sri Lanka. The total number of WAAFs serving overseas during the Second World War was small: only 9,000 of 182 000 personnel at its peak strength. 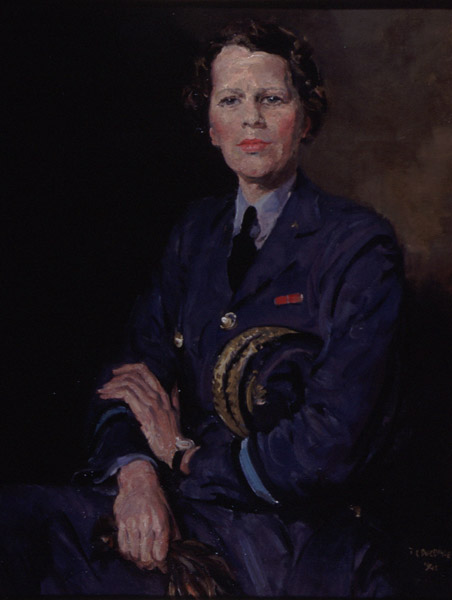 SEAC HQ moved to Kandy, Sri Lanka in 1944. WAAFs were employed there in vital communications work, conveying top secret signals between Lord Mountbatten and other commanders.

Aerial reconnaissance was an important tool in the Far East war. Having a base close to operations was vital, enabling intelligence to be generated quickly. A group of WAAFs from RAF Medmenham joined the Command Photographic Interpretation Centre in Delhi early in 1945. The shipping section produced reports on the Japanese navy while another section investigated the use of H2S radar. WAAF Eve Holiday was based at No. 347 Reconnaissance Wing at Bally, near Calcutta. She said:

‘The interpretation was very different from Benson…Most of the cover was over jungles and rivers, and sort of “Guerilla Warfare Interpretation” was needed. You had to watch for elementary signs of human habitation – trees being cleared, track activity, smoke from fires. I remember searching sortie after sortie for smoke. The Japanese knowing that the Allies would avoid upsetting locals by attacking temples, habitually used them as ammunition dumps; so you had to watch the track activity very carefully… On the rivers sampans [wooden boats] were often used as gun positions, and we got to know when they were converted’.

Arriving in India before the WAAF, Princess Mary’s Royal Air Force Nursing Service (PMRAFNS) served in all theatres during the Second World War. In the Far East, they joined medical personnel from the other services as well as civil detachments.

In Burma, wounded troops were staged at RAF Casualty Air Evacuation Units and flown by air ambulances staffed by nursing orderlies to base hospitals in India . Naval sick and wounded from the Battle of Okinawa travelled by hospital ship to forward island bases, from which they were flown to Australia in Transport Command Douglas Dakotas. The first arrivals were accompanied by a Sister from Queen Alexandra’s Royal Naval Nursing Service.

PMRAFNS nurses had to adapt to the language barriers while treating troops of diverse nationalities serving with the Fourteenth Army. The RAF deployed mobile field hospitals closer to the front line. Mobile field hospitals, as one nurse described, were miles from the fighting but ‘close enough to feel the earth rumble’. The forward hospitals treated the diseases prevalent in the sub-tropical jungle climate. Crucially, troops could return to combat much sooner than if they were evacuated to Indian base hospitals. One nurse’s letter from India described the ad hoc nature of this arrangement, working in basic conditions:

‘We have at last started our Mobile Field Hospital. We moved from our original site into one that might have been built for as, as far as basha huts are concerned. Basha huts are built of bamboo with thatched roof, straw walls with mud slapped on either side and holes cut for windows. No glass, of course, but wooden shutters. We find 250 Ib. bomb cases most useful, serving as stools, lockers, stands for bowls and duty dressing containers.’ 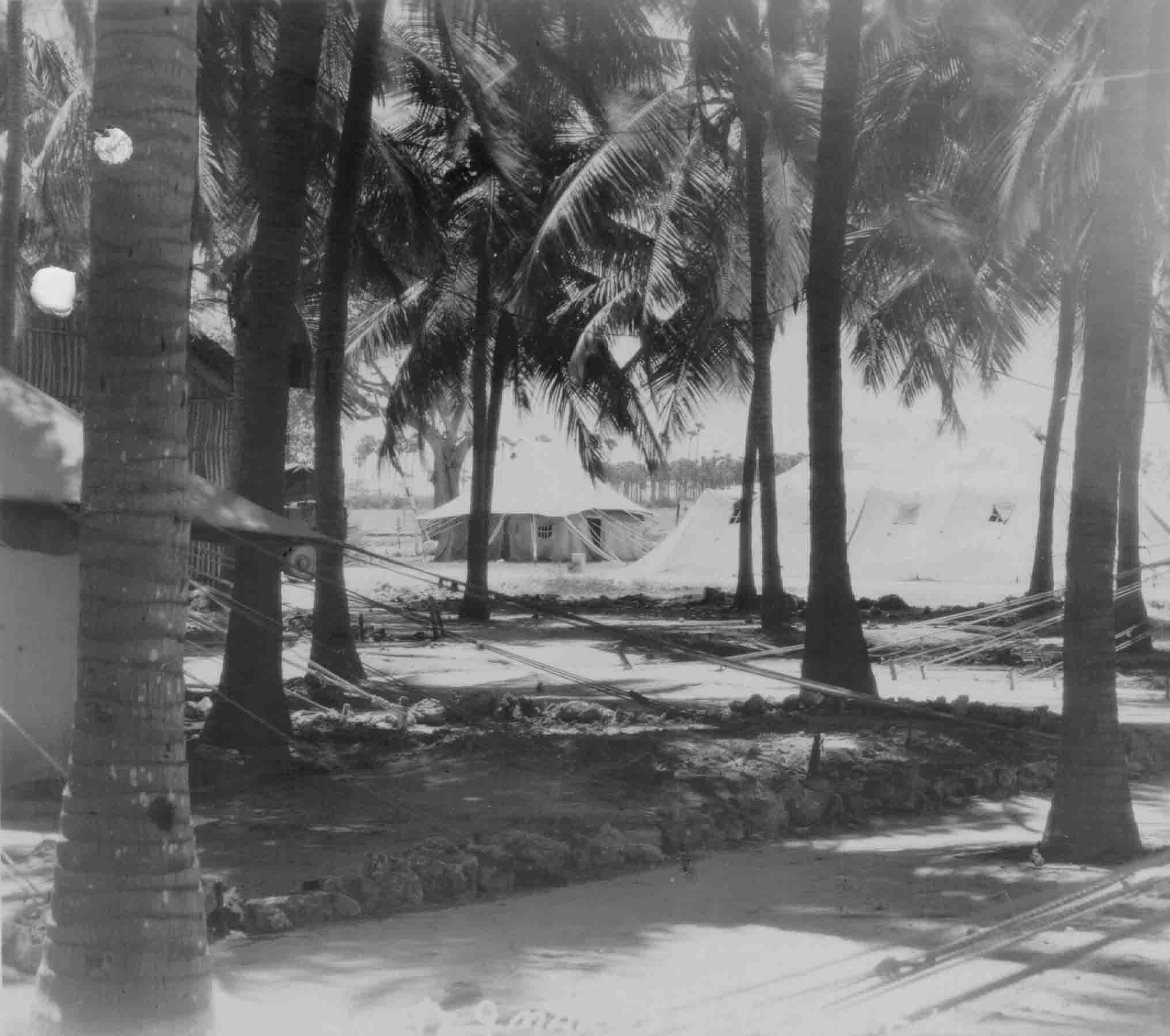 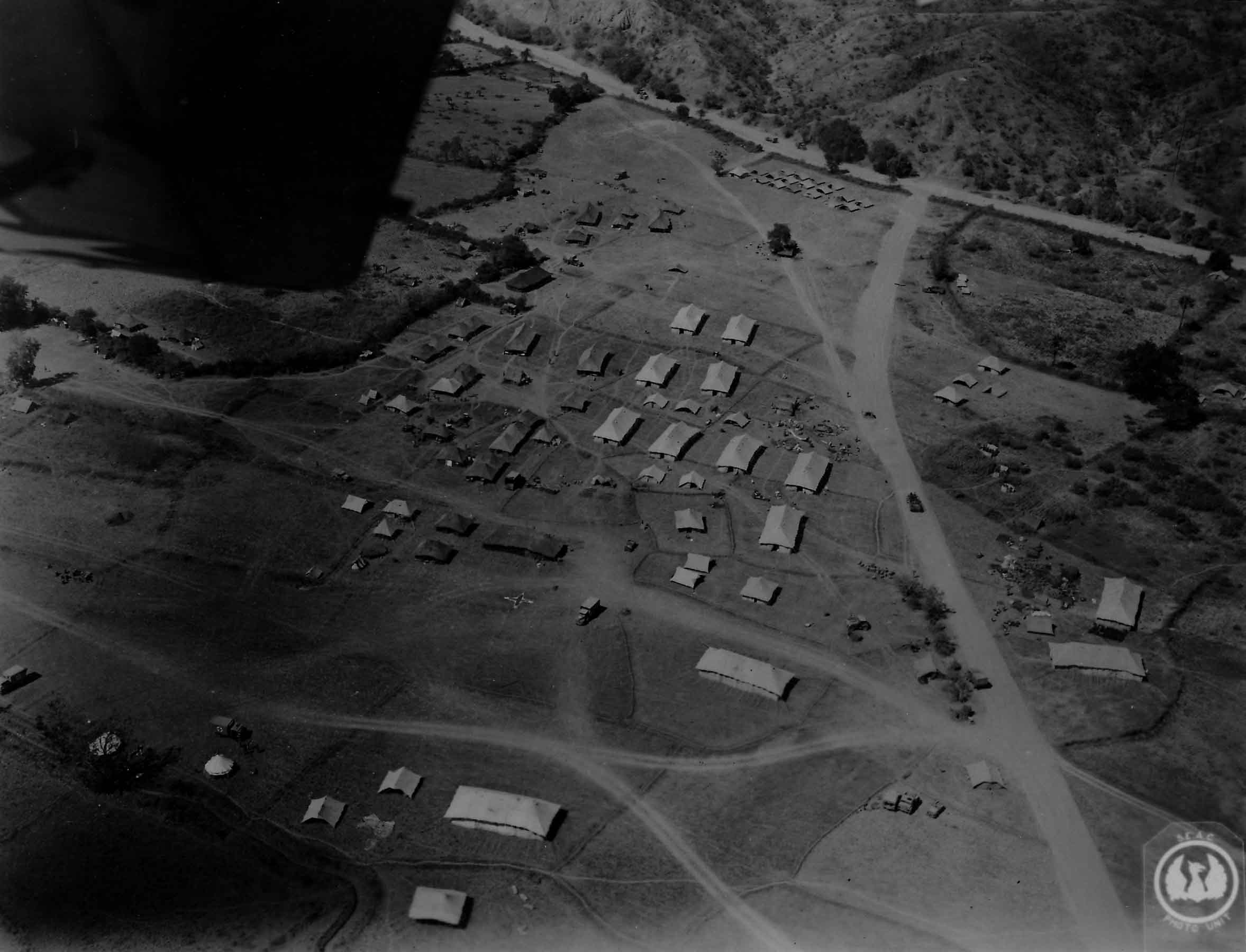 The units moved frequently, their mobility keeping them effective in the ever-shifting combat environment. In July 1945, PMRAFNS nurse described moving to Rangoon as the front advanced:
‘We arrived and, of course, nobody expected us – everywhere you went, nobody expected you…[We] didn’t know one end of Rangoon from another, but we were told just go out and find a building. We finally settled for a building without a roof, but it had water and electricity’.

Medical workers did not have the same protection as in other theatres as Japan was not a signatory to the 1929 Geneva Convention and massacres of captured medical personnel did occur. PMRAFNS were evacuated with other British women when the Japanese laid siege to Imphal in 1944.

Servicewomen in the Far East war were drawn from all nationalities. Locally recruited volunteers in the Women’s Auxiliary Corps in India included Indians, Europeans, Anglo-Indians, Anglo-Burmese, Burmese and Nepalese women. Over 10,000 women served in its army, naval or air forces branches from March 1942 until it was wound down after Indian Independence in 1947. The Corps was open to British subjects between 17 and 50 with a good knowledge of English. With a HQ in Delhi, the women could be posted across India. Basic training took six months and typical roles included switchboard operators, drivers, aircraft plotters, clerks, mechanics and storewomen. Others were engaged in highly secretive intelligence work in signals and as cypher clerks. Junior Commandant DK Cursetjee described it as ’a very democratic organisation [which] makes no distinction whatever between races, classes or religions’

One woman who served was nineteen-year-old Private Begum Pasha Shah. Her photograph appeared in The Sphere in late 1944 with the caption ‘The first Muhammedan [Muslim] girl to join the Women’s Auxiliary Corps in India’. Speaking seven languages, she served as a clerk in an RAF orderly room in southern India. 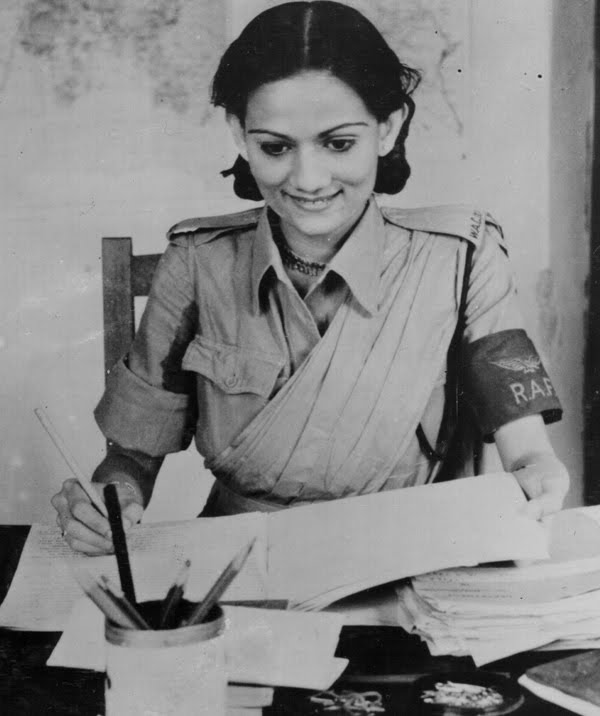 Members who completed three years’ service between 1942 and 1945 were entitled to wear the Indian Service Medal. Photographs of them marching proudly at the victory parade in London after the war appeared in British newspapers.

Japan surrendered on 15 August 1945 following the use of atomic bombs on Hiroshima and Nagasaki. Some felt a sense of relief that such a terrible war would be over. WAAF Joan Wilson was a wireless operator based in Sri Lanka. She later reflected:

‘…we had some of the people who were ex-prisoners of war come in. And although they had already been in hospital and supposed to have been well-fed they were still skin and bone… if the atom bomb stopped one person from that I was pleased. It was a horrible thing. Really horrible. But something had to be done.’

After V-J Day, discussions began in Air Command South East Asia about whether to deploy WAAF further east as its HQ with its female clerical personnel prepared to move to Singapore. On 22 August 1945, the Secretary of State for Air approved the employment of WAAF anywhere in South East Asia. The first WAAF arrived in Singapore from Sri Lanka not long after its liberation. In February 1946, the first officers and airwomen arrived in Hong Kong. All WAAF personnel were withdrawn from India by June as the political situation deteriorated.

Two mobile field hospitals treated released prisoners of war including No. 81 Mobile Field Hospital, the first RAF hospital in Singapore. Sisters and medical orderlies joined medical evacuation flights as repatriation of POWs began in earnest. Those too ill to be flown were returned on hospital ships. More PMRAFNS moved into Japan as Commonwealth forces joined to form BC (Air) with Australian, New Zealand, British and Indian personnel overseeing Japan’s surrender. 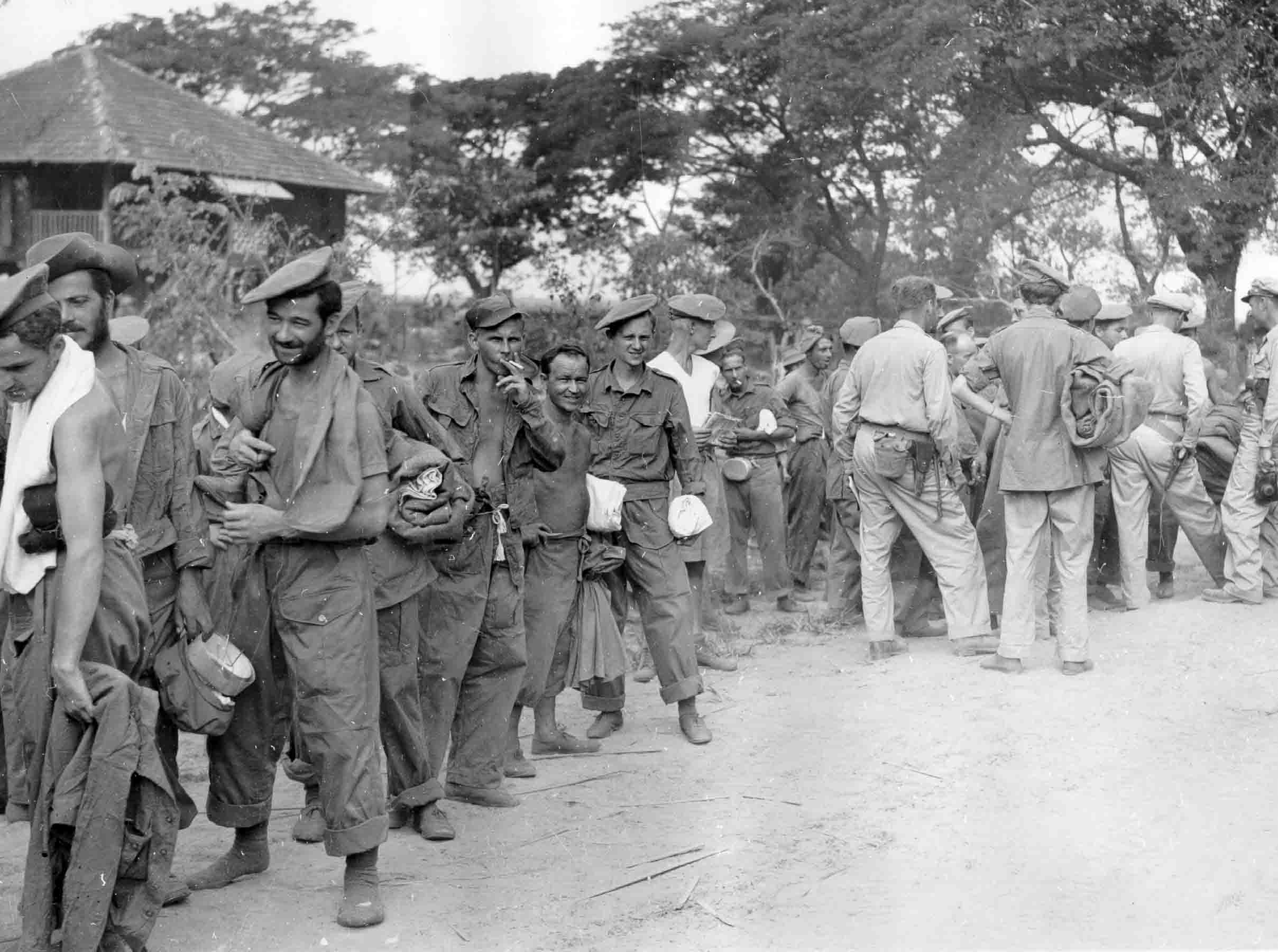 Servicemen returning to the UK were processed through RAF Cosford, which repatriated men from all theatres. WAAF Marie Goddard was a medical clerk at No. 106 Personnel Reception Centre. Returning POW, Aircraftman Frederick George Freeman was receiving specialist treatment at No. 4 Medical Rehabilitation Unit in June 1946 when he met Marie. They were engaged six months’ later and married in 1947.

This year, 75 years since V-J Day, it is important to remember the women who contributed to that victory. They are perhaps some of the forgotten people of a forgotten war.