The Sopwith series of blogs concludes with an examination of the 7F.1 Snipe and the Dragon.

As 1917 wore on and there appeared to be no prospect of the war ending in that year, or even the next, so the leading fighter aircraft companies began work on their designs to equip Britain’s air force in 1919. British Nieuport produced the B.N.1; Boulton & Paul the Bobolink and Austin Motors the Osprey triplane, while Sopwith chose to radically evolve the Camel into the 7F.1, later named the Snipe. The initial design was a single-bay biplane in which consideration was given to improving the pilot’s view and indeed, wrote Jack Bruce, it was this detail in “which the 7F.1 improved most upon the Camel, from which the pilot’s field of view was, by the standards of the time, atrocious.” [1] The engine chosen was the most powerful rotary then available, the 150hp Bentley B.R.1. The fuselage was circular in section, doubtless to provide a measure of streamlining and the entire aircraft was somewhat larger than the Camel.

A second design, serial B9963 and similar to the first, was built around W.O. Bentley’s new 200hp B.R.2 engine, while the third prototype, serial B9964, remains elusive. A fourth prototype, serial B9965, followed, which incorporated numerous small changes, including a modified upper wing and a revised fin and rudder, which, Bruce noted, “looked no more adequate than the original.” This aircraft crashed twice during testing and, after the second incident, it was rebuilt with two-bay wings, perhaps to address a requirement for a high altitude fighter. Although this role was not fulfilled, the two-bay wing remained.

The new Sopwith’s performance in comparative trials with its rivals at Martlesham Heath was not outstanding. Although the Snipe was an improvement on the Camel in terms of speed and climb, it was the Nieuport B.N.1 which appeared to possess the best overall performance. Wing Commander Alec Ogilvie of the Technical Department produced a report assessing the aircraft’s performance at Martlesham Heath. In it he wrote:

“This machine is a long way short of E.F. [Expeditionary Force] requirements as regards provision for equipment…Performance is a long way below requirements…even with 250lb short of proper load…As the machine was tested its flying qualities were bad, there being a strong tendency to get the nose down on turns. The rigging is being altered with a view to getting over this trouble. This machine as it stands is quite unsuitable for adoption as a type. Sopwith is making…alterations…but it will be essential for this machine to be tested before it can safely be said that the flying qualities will be improved sufficiently. No improvement in performance is to be looked for…In view of the advanced state of all four machines, [the Snipe, Bobolink, B.N.1 and Osprey] the definite probability that an adequate comparison will be available by March 15 1918, and the magnitude of the effects on the choice on the work of the Air Force for so long a period, it is most strongly urged that no decision should be taken before March 15 1918. It is submitted that a decision not based on positive tests would cause great irritation to the firms concerned, and would seriously weaken the position of the Technical Department in relation to designing firms generally.”

Yet, Bruce noted, “The Snipe was selected for no clearly identifiable reason.” However, factors which may have influenced the decision included the Snipe’s relative simplicity, Sopwith’s capacity for volume manufacturing and the logic of moving licensed manufacturers from Camel to Snipe production, instead of embarking upon a completely new aircraft from a different company. Both the RFC and RNAS were familiar with Sopwith designs by this time, with the Strutter, Pup, Camel and Dolphin all being in service.

This decision was at the expense of all the rival designs, save the Martinsyde F.4 Buzzard, which was not formally a part of the competition and was to be made in smaller numbers. In the event, even this modest ambition was never realised due to recurrent engine supply problems and the Martinsyde never served with the RAF as a fighter, (a few Rolls-Royce Falcon-powered F.3s were used as Home Defence aircraft in late 1918, while a handful of Buzzards were used as high-speed couriers during the 1919 Paris peace conference).

Sopwith Snipe, serial B9965, then went to France on 11th March, where it was tested by a number of service pilots. While comment was generally positive, the inadequate rudder and heavy ailerons were criticised and recommendations were made for the former to be enlarged. By this time, however, the momentum behind the Snipe was unstoppable and on 20th March large contracts were immediately placed for 1,700 aircraft. Planned production was eventually for 4,500 aircraft.

The next prototype, serial B9666, spent much time at Martlesham Heath, where the type’s considerable control problems were addressed at length. However, urgent production demands meant that early Snipes entered RAF service still fitted with plain ailerons and a balanced rudder which was only slightly larger than that fitted to the prototypes. Eventually, the development work on serial B9666 produced a mass-balanced rudder and ailerons, which were fitted to later production aircraft. 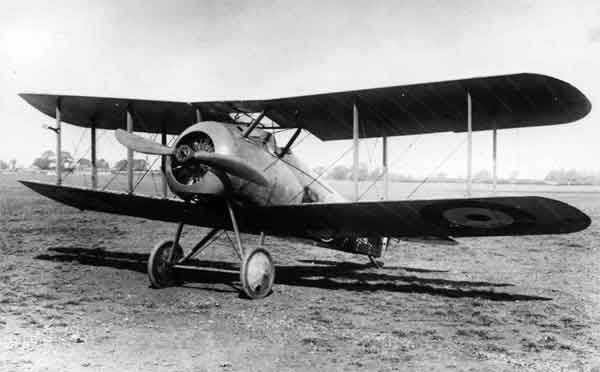 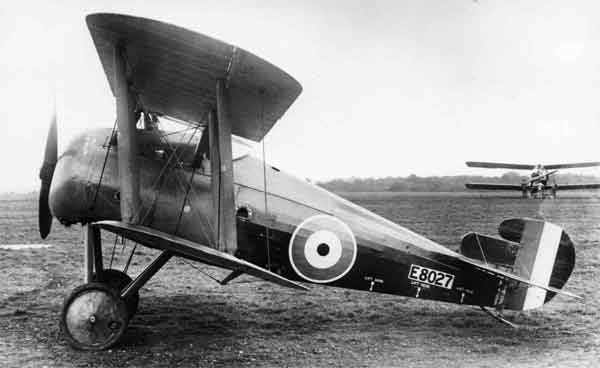 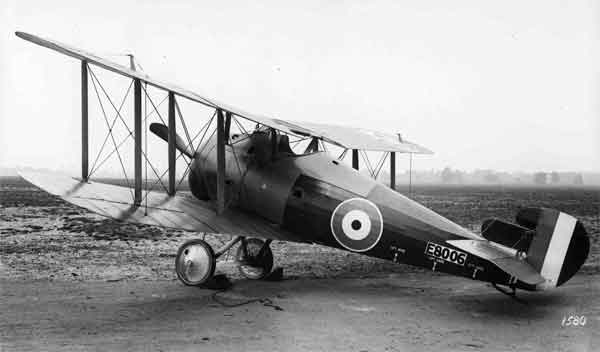 An attempt to produce a long-range escort fighter version for the bombers of the Independent Force, the Snipe 7F.1A, was completely unsuccessful due to structural limitations which would have rendered the aircraft useless for any sort of flying. 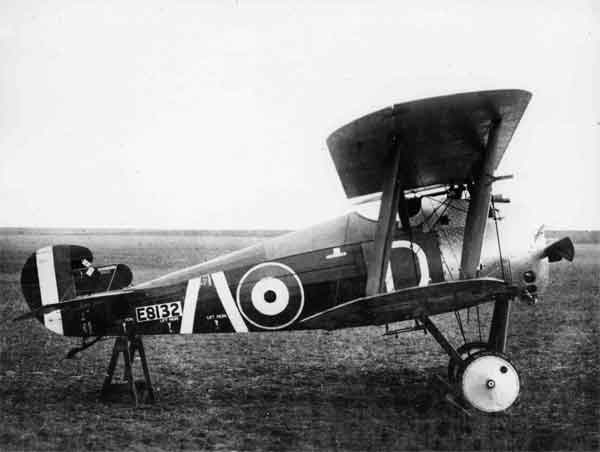 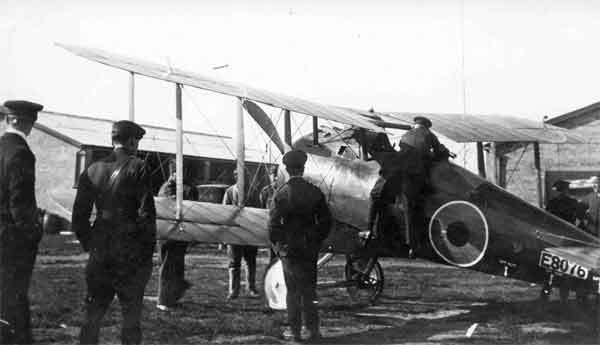 The only units to see action with the Snipe were 43 and 4 (AFC) squadrons during October and early November 1918 and, although the Australians enjoyed some success with the type, it is Major Barker’s action, fought on 27th October, while attached to 201 Squadron, for which the Snipe’s wartime service is chiefly remembered. 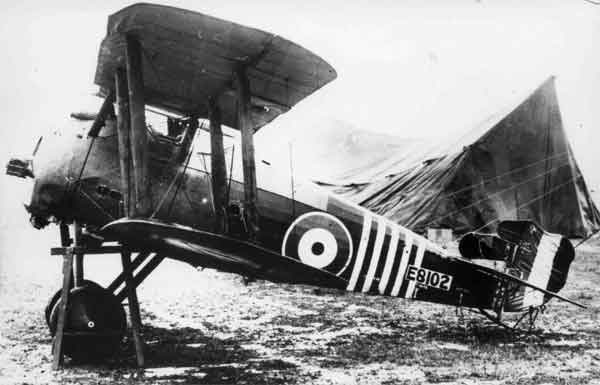 In spite of this and the Snipe’s selection as the standard fighter of the post-war RAF, it is well to remember the late Jack Bruce’s words on the aircraft:

‘The Snipe was perhaps fortunate that it went into operational service so late in the war that the German Jagdgeschwader were in operating difficulties and German industry was unable to bring forward new types in any numbers. In practical terms the Snipe was not much of an improvement over the Camel, in spite of its long period of development, yet in the post-war period it was to be preferred to the incomparably superior Martinsyde Buzzard as the Royal Air Force’s standard single-seat fighter.’ [2]

Although replacement of the Snipe by the Gloster Grebe and Armstrong Whitworth Siskin in the RAF’s fighter squadrons began in 1924, Snipes did remain on the strength of some training units until 1927 and, for this role, at least 40 airframes were converted into two-seaters to provide dual-instruction.

Major Oliver Stewart, writing of the Snipe in the 1920s, remembered: “It was more powerful and it had a better all-round performance, but it had none of the lightning manoeuvre of the Camel. To turn from a Camel to a Snipe was like turning from an eight horse-power sports car to an eight ton lorry…” 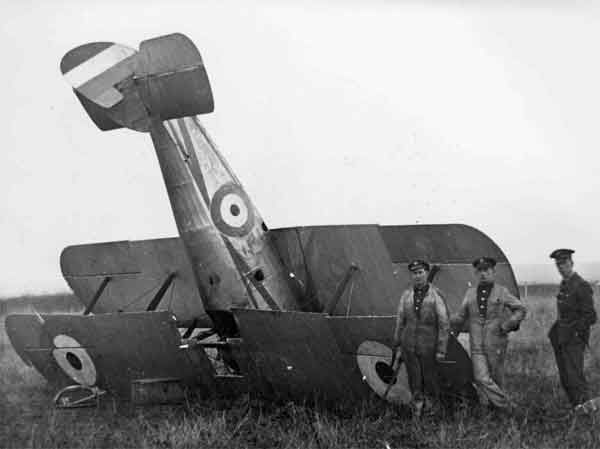 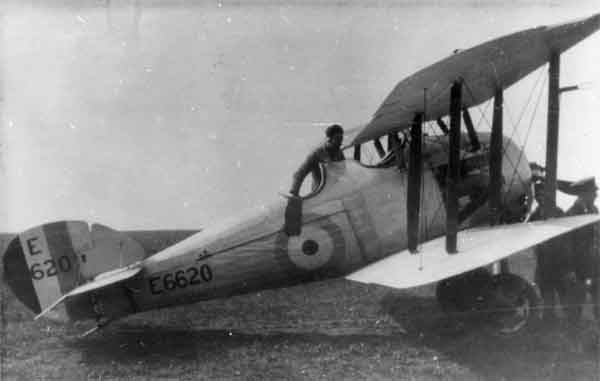 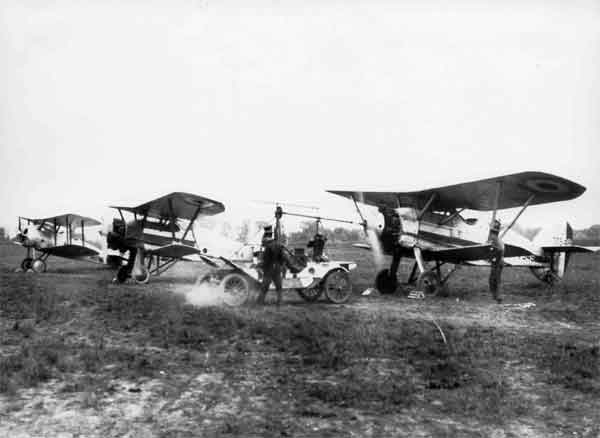 During 1917, Granville Bradshaw of ABC Motors designed a new radial engine, a comparative rarity at that time, which was believed to develop 340hp for a weight of only 600lb and was later named the Dragonfly. Suitably impressed, it was not long before large government orders were forthcoming and designs for suitable aircraft sought.

Among the more notable of these was the Sopwith Dragon, derived from the sixth Snipe prototype and modified to accept the Dragonfly I engine. Apart from the change in the engine installation, the most obvious difference was the lengthening of the fuselage by 22 inches, to compensate for the added weight of the new engine. Total RAF orders for the Dragon eventually came to around 330 airframes.

However, as work on the Dragon, and other aircraft, progressed, it was realised that the Dragonfly was not completely reliable. The engine suffered from chronic overheating and was unfortunately designed to deliver peak power at the torsional resonance frequency of its own crankshaft, which caused a damaging vibration. It did not produce the expected power output, nor was it possible to run the engine for more than a few hours at a time before an overhaul was necessary; these faults clearly ruled it out for use in military aircraft. Nevertheless, massive orders for the Dragonfly had been placed and great efforts were made to remedy the engine’s woes, resulting in the redesigned Dragonfly 1A. Alas, these efforts were to no avail and the war was over long before work was finally abandoned. A second Sopwith Dragon was built in which the Dragonfly 1A was installed. A short testing programme was begun in 1919 but the continuing engine problems noted above and the end of the war meant that it was quickly abandoned. In spite of this, Sopwith completed 200 Dragon airframes and the aircraft was not finally declared obsolete until 1923. It is worth noting that a large number of new British aircraft were designed around the engine and almost all were cancelled following the armistice. [3] 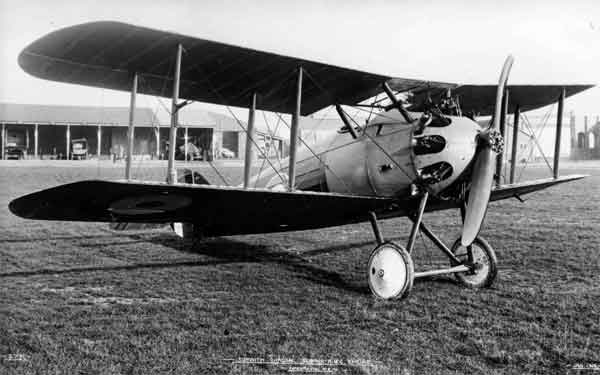 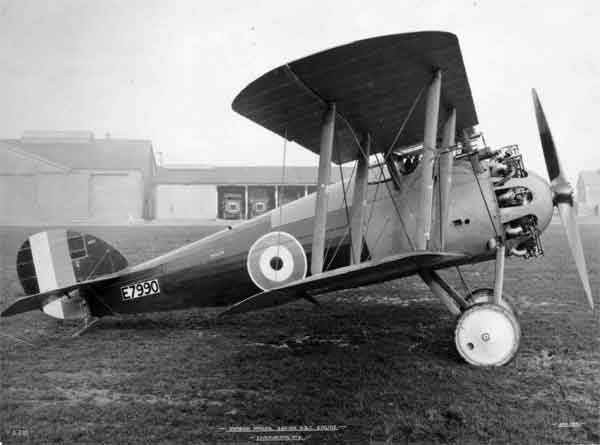 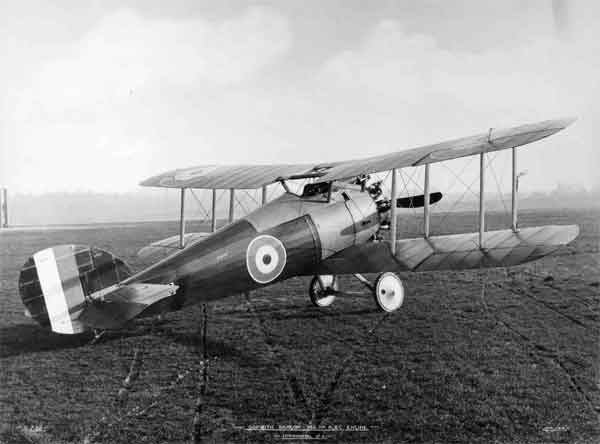 Despite this less than stellar coda to the Sopwith story, it must be remembered that the company produced several excellent designs between 1915 and 1918 without which the RFC and RNAS would have been at a distinct disadvantage. Notably, the Pup provided the first true “thoroughbred” fighter for the RFC and RNAS, the Camel became an essential addition on several Fronts from mid-1917 until the end of the war and the Dolphin, thanks to its fine flying qualities and powerful engine, proved to be one of the best fighters of the period.

In common with other aircraft companies at the end of the war, Sopwith struggled to survive. Attempts to enter the civilian market were unsuccessful and neither was an aircraft designed to compete in the Daily Mail Transatlantic Air Race of 1919. The company was forced to declare bankruptcy in 1920 but was resurrected shortly afterwards when Thomas Sopwith and Harry Hawker purchased the assets to form H.G. Hawker Engineering. The company would go on to produce such classic designs as the Hart series, the Hurricane, Typhoon, Tempest and Hunter. After a series of mergers, the Hawker brand name, by now part of the Hawker-Siddeley Group, finally disappeared in 1963.