The RAF Museum holds not only a magnificent collection of over 1 million small and large items related to the history of the Royal Air Force and aviation in general, but also an enormous selection of unique documents, which are of no less importance than the objects. This year to celebrate and commemorate the Centenary of the RAF, we decided to share some of these amazing records. 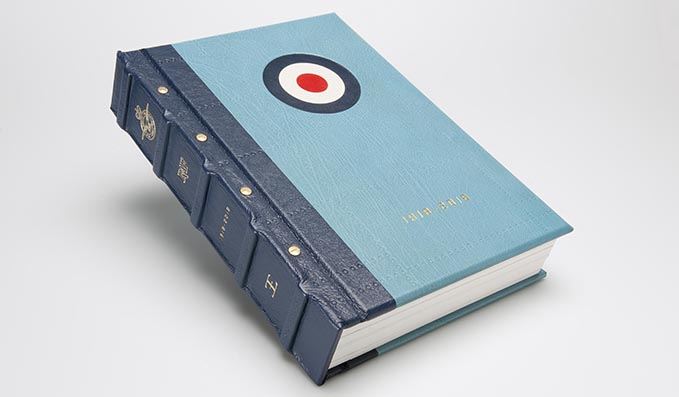 The RAF Museum teamed up with the Air Historical Branch and the award-wining publisher Extraordinary Editions to create the RAF Centenary Commemorative Anthology, a limited edition of 1,500 copies made by hand and bound in leather. This remarkable book contains a large range of the most important documents in the RAF history as well as photographs, paperwork, bills, maps, letters of remembrance, permissions to associate and ephemera. They all are re-produced in full size and colour and convey the whole 100-year history, the spirit and the ethos of the RAF. 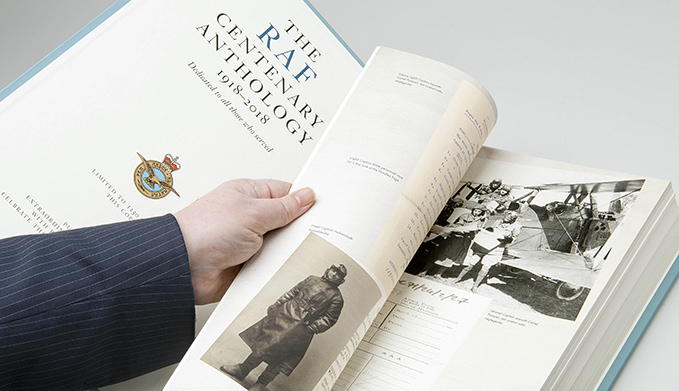 In these pages, not only can you find The Smut’s Report and Trenchard’s Memorandum, which laid the foundations for the new air force, but thousands of other records. Some of them are related to celebrated heroes including Douglas Bader, Guy Gibson and the Dambusters. Some of them showcase amazing, heart-rending or amusing stories that manifest RAF airmen’s valour, heroism or luck. But more importantly, they immerse you in the everyday life, morale and values of the RAF throughout its 100-year history.

In this video Martin Morgan, the Managing Director of the Extraordinary Editions, reveals the story behind two documents related to Douglas Bader and re-produced in the book. The dashing fighter pilot had been promoted to Wing Commander and had 20 confirmed victories (and two shared) when he was forced to bail out of his Spitfire over enemy territory and was captured as a prisoner of war. These documents unveil some of the stories of his life as a POW and what a thorn he was in the enemy’s side.

Apart from the Centenary Edition, we have also created five different versions of the Anthology – Signed Editions. Each of them represents one of the iconic aircraft that served in the RAF the Spitfire, the Lancaster, the Harrier, the Vulcan and the Tornado, and is signed by three pilots or crew members. The page with their signatures also features their biographies and in-service photographs. 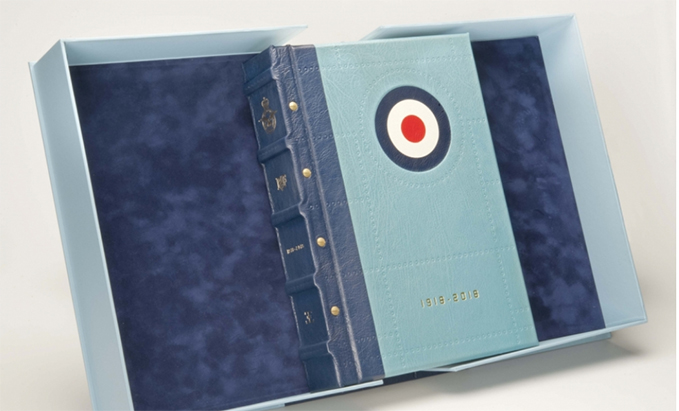 We have also made 10 extra special copies that have a piece of the aircraft embedded in the cover as well as signed pages devoted to the featured aircraft. A piece of a real Spitfire, Harrier, Vulcan or Buccaneer alongside the signatures of its pilots and aircrew may end up on your bookshelf and become a constant reminder of the RAF Centenary. 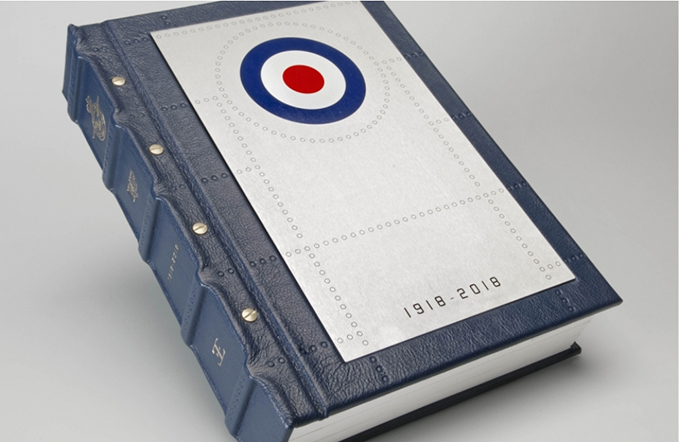 A donation from all sales will be made to the RAF100 Appeal which supports the RAF Association, the RAF Charitable Trust, the RAF Benevolent Fund, the Museum and the Royal Air Force.

If you wish to purchase the RAF Commemorative Anthology, you may order a copy here. Don’t forget that you can also pay for your Anthology in easy instalments. For further information, please click on the link above or call Extraordinary Editions on 0207 267 4547.