In the collection of the RAF Museum is a piece of metal decorated with the ominous words ‘gegen Engeland’ (Against England) illustrated with the Kriegsmarine flag and silhouettes of a battleship and U-boat. 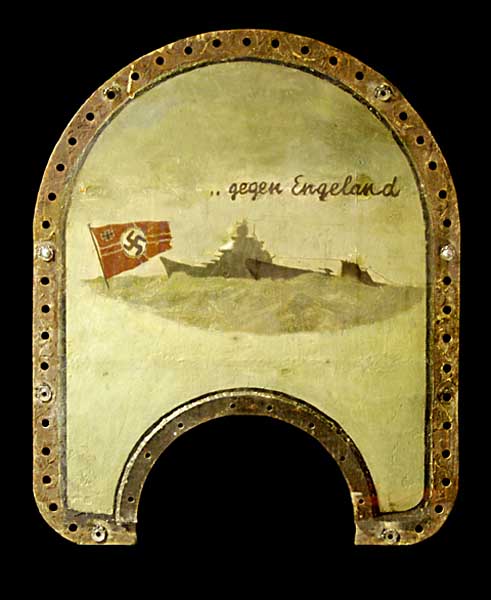 This piece of metal which you can view in Hanger 5 at the RAF Museum, London, was once part of a secondary gun bulkhead of one of the world’s most feared battleships. One that could cause havoc and panic just by leaving its moorings without firing a gun in anger. This was the Kriegmarine’s battleship Tirpitz, the sister ship of the more famous Bismarck. The Tirpitz had a top speed of 62 km/h (34 knots), armed with 38 cm guns with a range of just over 35 kilometres (22 miles) and powerful anti-aircraft defences, including 16 10.5 cm guns mounted in eight twin turrets, these went alongside 16 3.7 cm medium flak guns and numerous 20 mm light flak guns. She was 52,600 tons when fully loaded and, at the time, the heaviest ship ever built by a navy in Europe. A piece of the anchor link chain of the Tirpitz displayed nearby gives an idea of the size of this behemoth. 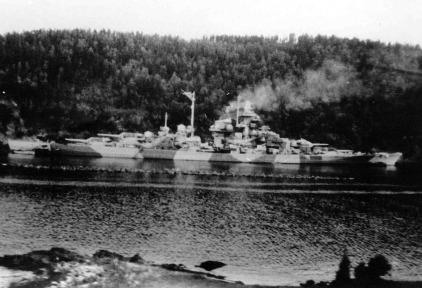 It was on 12 November 1944 that this battleship was finally sunk in a joint operation by No. 9 Squadron and No. 617 Squadron. About a thousand German sailors would lose their lives in this sinking. This was the result of Operation Catechism and the conclusion of an ongoing hunt to seek and destroy this feared battleship. Since July 1940 attacks by the Fleet Air Arm and the Royal Air Force had been ongoing. In 1940-41 alone 19 attacks were attempted. Two operations, using human torpedoes known as chariots (Operation Title, October 1942) and midget submarines (Operation Source, September 1943) were memorably recalled in the film Above us the Waves (1955). 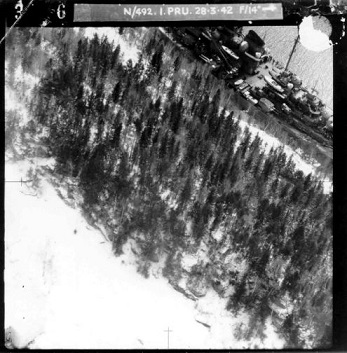 The Tirpitz influenced Royal Navy policy by the sheer fear of what it could potentially do and this meant that it was a drain on resources, ships were assigned to be near it due to its potential. This threat was particularly significant to arctic convoys due to it being moored in Norway. This was seen in July 1942 when arctic convoy PQ-17 was ordered to scatter and the cruiser escort to return west when it was discovered that the Tirpitz was located a few hours away. This resulted in most of the merchant men being picked off by German U-boats and the Luftwaffe. 11 ships made it to Russian ports out of the 35 that started, 154 crew would perish and thousands of tons of much needed food would end up at the bottom of the ocean. The Tirpitz had caused this just by being close by. This threat was also present when another convoy was delayed after reconnaissance found that the Tirpitz was not at its moorings and its location was unknown. The monster was out of its lair. 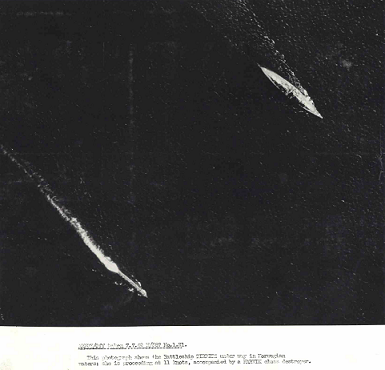 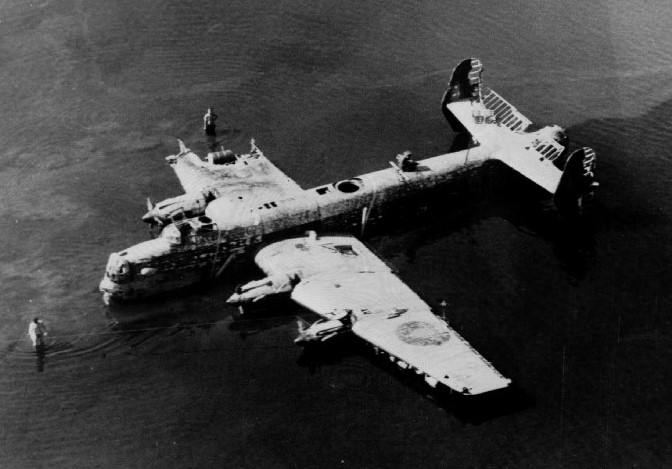 The wreckage of one Halifax from an attack on the Tirpitz in April 1942 can also be viewed in Hanger 5 and highlights these operations. This is Halifax W1048 and was recovered from Lake Hoklingen in Norway in 1973. It stands as a silent reminder to all those who were killed in the attempts, and those shot down. Five of the six man crew of this particular Halifax evaded capture, after landing on the frozen lake. The sixth became a prisoner of war.

Operation Catechism on 12 November 1944 was the climax of a series of operations by the Royal Air Force when Bomber Command was tasked with destroying the Tirpitz in 1944. Although suffering from the damage caused by midget submarines and Fleet Air Arm attacks the Naval Intelligence Division reported that the battleship was operational and could carry out limited operations against arctic convoys. This made the Tirpitz a priority target. To destroy this target the RAF had access to weapons that the Fleet Air Arm did not, Tallboy and Johnny Walker or JW mines. 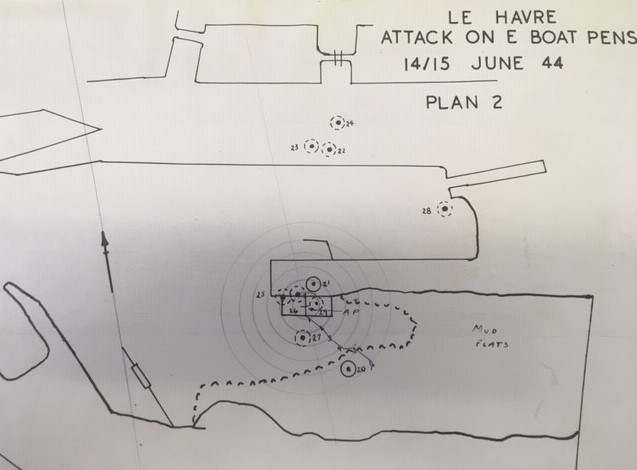 The Tallboy was another invention of Sir Barnes Wallis, most famous for his bouncing bomb, used by No. 617 Squadron. Tallboy was a 12,000 lb deep-penetration bomb. If impacted on concrete it would penetrate up to five metres and then explode. It was the subsequent shock wave generated by this that caused the most damage. JW mines were a smart type of bomb. When dropped near a ship, via parachute, it would move along under the surface of the sea, and attach itself to the target before exploding.

The first mission to use these weapons would be Operation Paravane in September 1944. Two squadrons would join on the attack. No. 617 Squadron, who had experience of attacking unusual targets were led by Wing Commander J. B. ‘Willy’ Tait DSO DFC and No. 9 Squadron whose Lancasters were also had experience of precision bombing. These would be led by Wing Commander James Bazin DSO DFC.

Operation Paravene would involve each Lancaster flying 4,905 miles and using Russian support. On 15 September 1944 after being based at Yagodnik, a Russian naval air station, the squadrons launched their attack against the Tirpitz which was known to be located at Altenfjord. The attack was divided into two forces, Force A which consisted of Lancasters armed each with a single Tallboy and Force B with JW mines. The defences of the Tirpitz included anti-aircraft fire and a smokescreen which was the more problematic as it hid the ship from the bomb aimer’s view. Two Tallboys however did hit the Tirpitz, the first dropped by Wing Commander Tait penetrated and caused extensive internal damage, another hit on the main deck penetrated with major damage resulting to the hull. It is believed this was one dropped by Flight Lieutenant Doug Melrose of No. 9 Squadron.

Following Operation Paravene Grand Admiral Karl Dönitz, supreme commander of the Kriegsmarine, was informed that repairs would take nine months to complete before Tirpitz would be fully operational once more. British naval intelligence however was not aware of this. When the Tirpitz was moved south to Tromsø off the small island of Håkøya, to serve as a gun battery and act as a deterrent to invasion in the area, naval intelligence thought it had gone there to be fully repaired. As it was now in the range of stripped down Lancasters based in Scotland it became even more of a target.

No. 9 Squadron and No. 617 Squadron would launch Operation Obviate on 29 October 1944. The Lancasters were just within flying range although they had to be modified to carry more fuel and made lighter. One area stripped out was the armour protecting the underside of the cockpit. 37 Lancaster’s would drop Tallboys at the Tirpitz but cloud cover would hide the target and none would hit. Wing Commander Tait circled around and around in flak watching the attacks go in, hoping for a hit but eventually gave the order to withdraw.

Due to the predicted weather in Norway and Artic winter very much on its way Bomber Command knew that their time was limited in targeting and destroying this feared battleship that was assumed to be being repaired. Their biggest concern was that it would be repaired over the Arctic winter and be operational once again. After reports of good weather and reconnaissance confirming broken cloud over the target area, Operation Catechism was launched. This time there was an added threat, a Luftwaffe fighter squadron was known to now be located near Tromsø.

Due to the experience of the crews, who had participated in the other attacks, Wing Commander Tait’s briefing before the raid was short. The objective was the same as before, target and sink the Tirpitz. Along with the Lancasters equipped with Tallboys there would also be a Lancaster filming the attack. This was specifically converted and had no weaponry. This footage is some of the most powerful footage of a bombing raid against a battleship that still exists.

On 12 November 1944, just after eight in the morning the crew of the Tirpitz spotted the oncoming Lancasters. Although the alarm was raised and, reportedly, there was a direct line to the Luftwaffe no fighters appeared. This gave No. 9 Squadron and No. 617 Squadron time to strike. In those few minutes, the attack hit home. Through anti-aircraft fire and explosions caused by the heavy guns of the Tirpitz, which rocked the Lancasters, the crews pressed their attack. In only 1 minute and 30 seconds 28 Tallboys were dropped. Two, possibly three, hit home. The near misses also caused damage. Explosions and shock wave after shock wave caused by Tallboy near misses caused the Tirpitz to capsize. 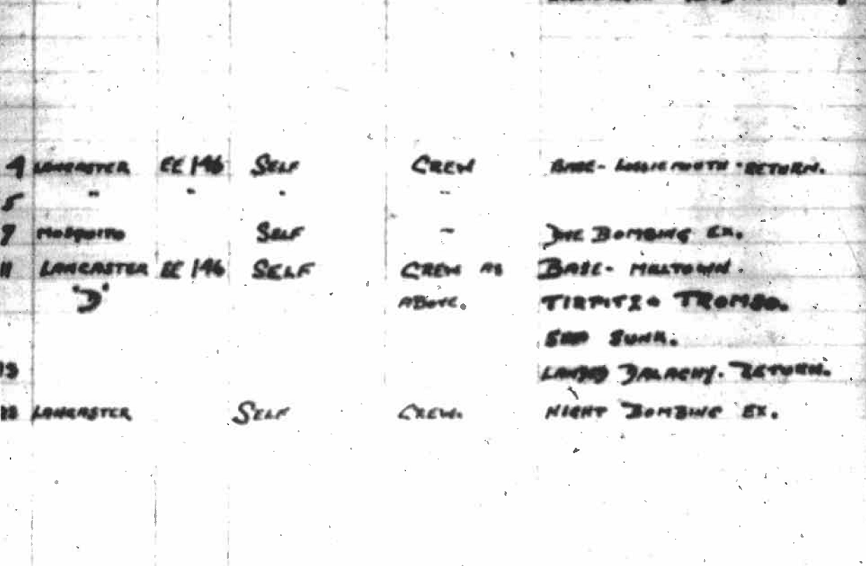 The unsinkable Tirpitz, as it was deemed by Hitler, was sunk by the Royal Air Force and the bravery and determination of the men of No. 9 and No. 617 Squadrons. 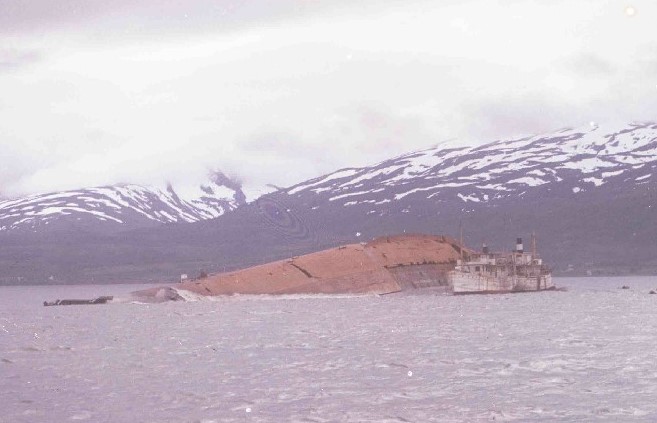 The monster of the seas was no longer a threat. 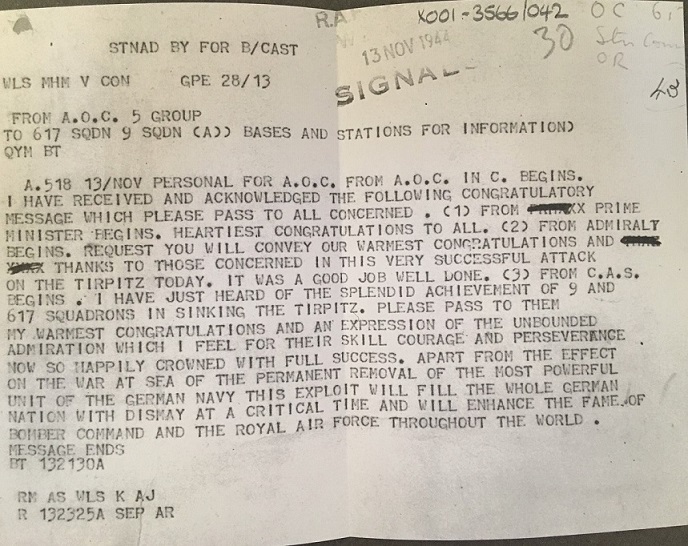