In June 1918, at the age of 22, Grace Mary Berry joined the Women’s Royal Air Force (WRAF). In her diary, “My Adventures as a M.T. Driver in the Royal Air Force” she vividly describes her life as a Motor Transport driver with 44 (Home Defence) Squadron at RAF Hainault Farm. 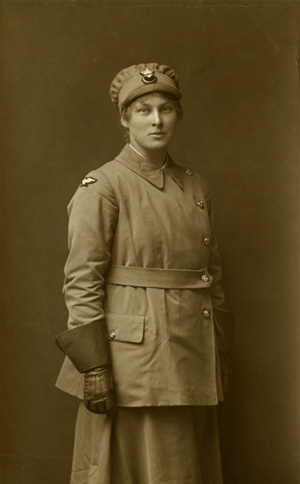 Selected for display in the Royal Air Force Museum’s ‘First World War in the Air’ exhibition, I was required to digitise the diary. Through scanning and transcribing each page, I became fascinated at how active Grace’s life was at this time and was enlightened by her stories. She is very honest in her diary, humorously describing driving mishaps and her frustrations with her Crossley Tender called “Tin Lizzie” which is constantly breaking down and in need of repair. 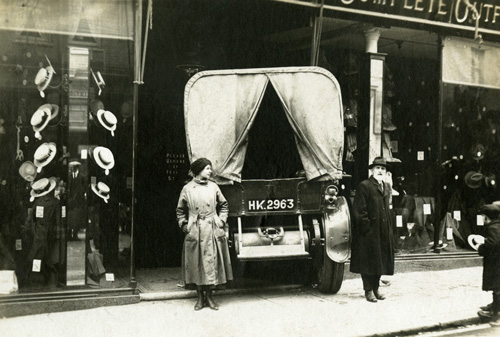 Other than driving in and around London, she describes in detail the other tasks she has to do:
“Today I have spent cleaning Tin Lizzie’s engine with petrol and paraffin and scraping carbon from the cylinder jacket, cleaning spark plugs etc, so it has been terribly dirty work and I should think I have washed a dozen times and am still dirty.” 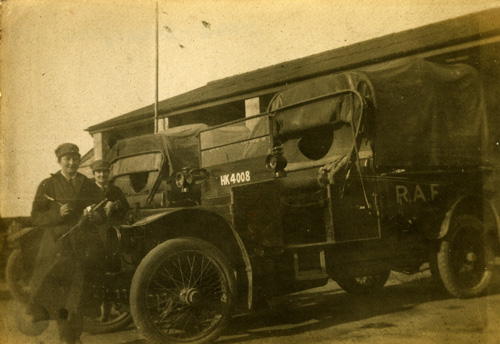 Although she provides amusing insight into her role, at times Grace highlights the hazardous nature of the job:
“It was dark returning and I had no headlights and only one side lamp which was most awkward and exciting along the narrow winding country lanes, but fortunately we arrived back safely.”
In a later, but similar episode she complains, “…it is wicked to send girls out under such bad conditions.” 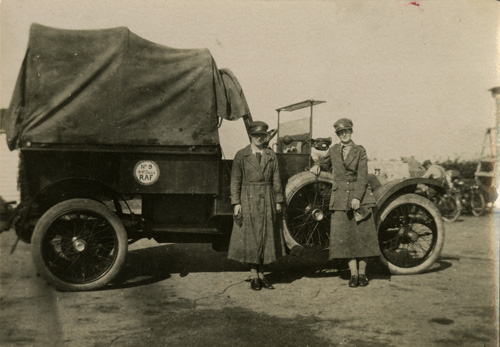 Grace Berry’s diary, to me, provides a rare but vital perspective on the changing boundaries for women during the First World War. Grace thrives on the independence her role as an MT driver provides, however, still comments that some of the difficulties she faced should not be endured by young women. Grace continued her service with the WRAF until she was demobilised in June 1919. Her last entry of 1918 begins:
“The last day of the year – What an extraordinary year it has been for me, full of adventure.”

With a great passion for history I have always wanted to work in Museums as they are vital to telling the story of our past. Previously working and volunteering for the Natural History Museum and the Imperial War Museum, I joined the Royal Air Force Museum in 2008. Appointed Digitisation Officer in 2013, I work towards digitising our diverse collections in order to promote access and preserve them for future generations.