The Aerolites Programme of No. 80 Squadron

16 April 2020 By Dave Parkins in Volunteering

As an Aircraft Access & Large Object Volunteer at the RAF Museum London, I am privileged to be able to work with many of the museums historic aircraft and to learn of the people and stories behind these museum pieces.

As the Museum is now closed until further notice, I decided to use my time at home to investigate an old piece of ephemera that I acquired a year ago. The somewhat dog-eared piece of paper dating from 1918 turns out to be a programme for a musical entertainment held by No. 80 Squadron RAF whilst serving in France during the last year of the First World War. As well as containing a list of the songs and sketches put on by members of the Squadron, the programme’s design and humorous spoof advertisements provide an interesting insight into the Squadron during that final year of hostilities.

The cover design of the programme features a camel inside a bell and inside there is reference to ‘Bells Circus with their wonderful performing camels’. This refers to Major VD Bell, their commanding officer and to the Sopwith Camel aircraft which the Squadron flew. Within the programme, there are also humorous references made to camps being ‘built and forsaken the same day’; a reflection of the Squadron’s 16 different operational bases in France between January and October 1918. A reference to the ‘Belle View cookhouse ‘ possibly related to their base at La Bellevue in April 1918 where they were operational during their first month as an RAF squadron. 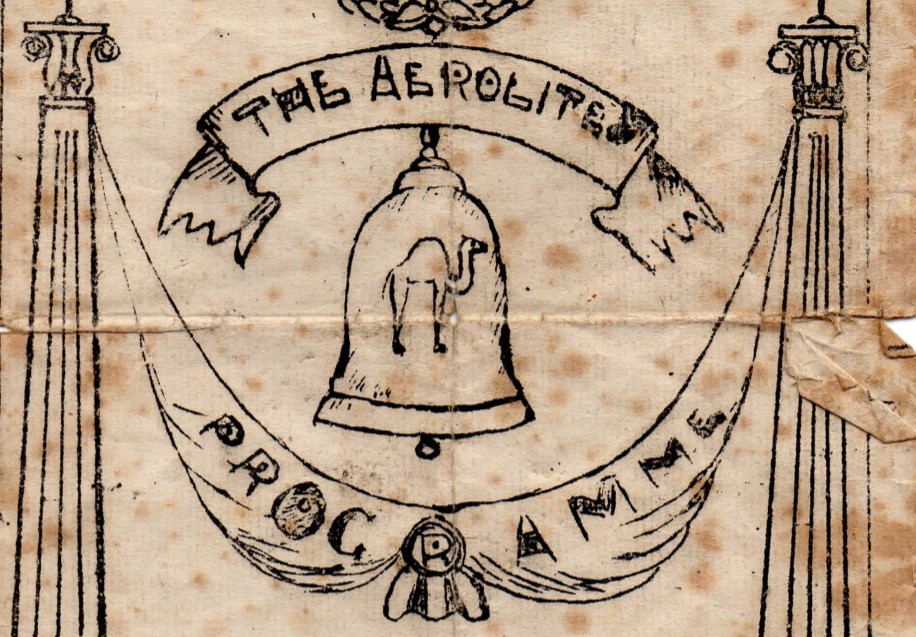 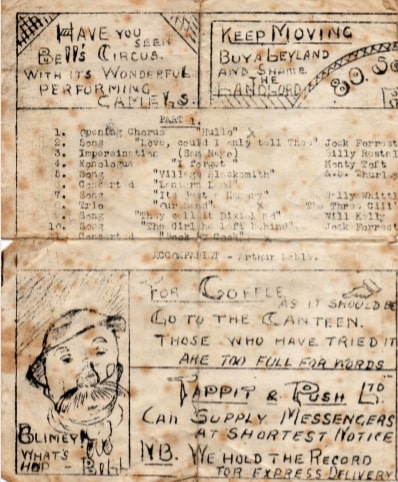 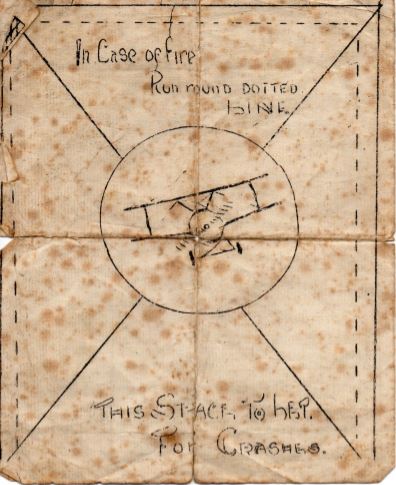 The Sopwith Camel was a single-seater biplane built by the Sopwith Aviation Company and is considered by many to be one of the most famous aircraft of the First World War; the aircraft’s name coming from the hump on the engine cowling with contained the two Vickers machine guns that were synchronised to fire through the propeller. Powered by a single rotary engine, the aircraft was capable of climbing to around 10,000 feet (3000 m) and achieving speeds of up to 117 mph (188km/h) and could carry a small bomb load in addition to its other armament.

For its time the Sopwith Camel was not an easy aircraft to fly as the controls of the aircraft were considered sensitive for its time, whilst providing manoeuvrability small errors could have disastrous consequences. The pilot, engine and armament are located towards the front of the aircraft making its centre of gravity towards the front of the plane. Whilst this made it easier to turn in flight, it was also prone to overturning. So whilst the aircraft’s manoeuvrability led to it being credited with destroying more enemy aircraft than any other plane during the War, it also was responsible for killing many pilots with nearly as many being killed due to accidents (over 380) as were killed in combat (around 410).

One of only 8 original examples of a Sopwith Camel, as flown by No. 80 Squadron, can been see in Hanger 2 at the RAF Museum London. When the Museum reopens take time to come and see it and reflect on the bravery of the young pilots who flew these machines. Take time to imagine flying in the open cockpit, in freezing conditions, at several thousand feet looking for the enemy, when sighted diving to as close as you dared, then firing the machine gun whilst still retaining control of the aircraft. Should the enemies bullets hit the Camel’s single engine, it would mean a precarious landing at best. However, a hit to the fuel tank (situated just behind the pilot) meant possibly being burnt alive whilst still in the air. 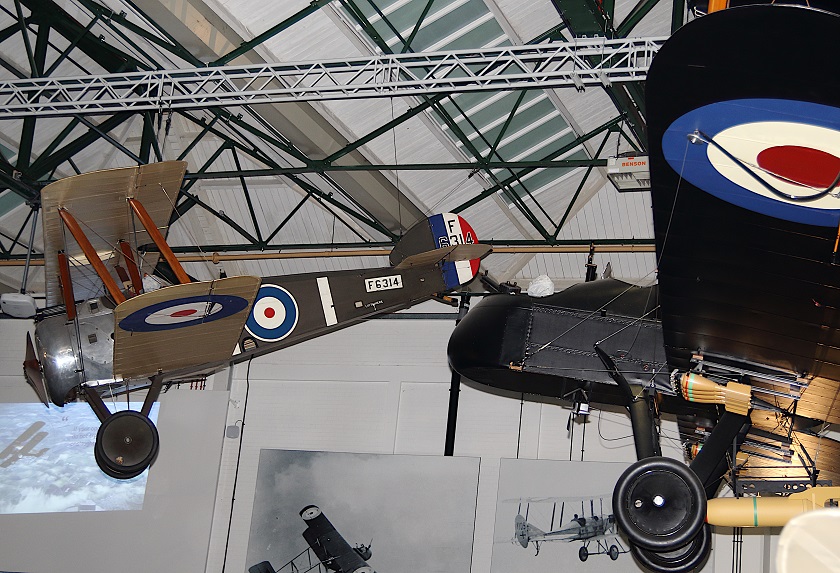 Following a lifelong interest in history and aviation, I joined the RAF Museum as a volunteer in 2017. As a Large Object Conservation and Aircraft Access Volunteer, I am privileged to work with some of the larger items in the Museum. By cleaning and maintaining the exhibits I help conserve them for future generations. Through aircraft access events I help people better experience some of the aircraft and help tell the story of the RAF through its objects and the people associated with them.