The unexpected story of a P-51 Mustang hood

With over 50,000 items from the permanent collection stored at the Museum’s Reserve Collection, it’s little wonder that it can take a while for the staff to revisit some of the objects first recorded when they moved to the Stafford store 15 years ago. Back then the priority was to enter and locate the objects onto the Museum’s Computer Management System using the, sometimes scant, information recorded in old hand written registers.

For the past few years, Martin Ward of the Curatorial Division has been filling in some of the details missed during the initial inventory task. On 25 November he took a P-51D canopy off of the racks and started to clean away some of the grime that had been present when it came into the collection back in 1971. 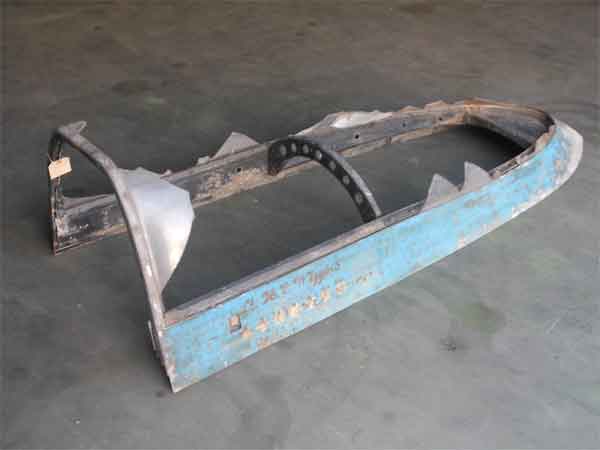 Slowly a line of seven German crosses and the name Lt. H. E. Wiggins started to appear on the canopy rail revealing a history which had remained hidden for all these years. 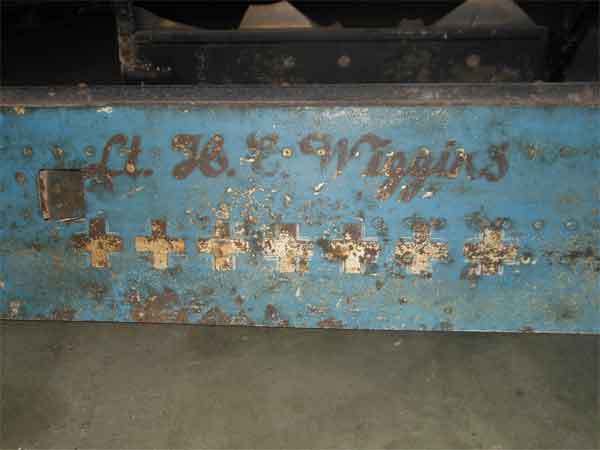 Howard E ‘Pete’ Wiggins was a United States Army Air Force pilot serving with the 361st Fighter Squadron of the 356th Fighter Group from May 1944 to January 1945. 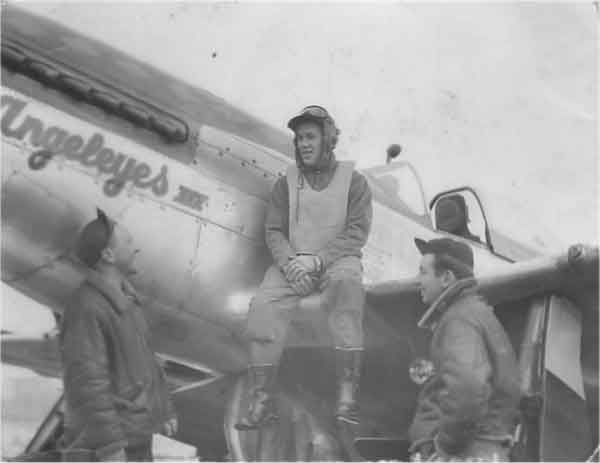 Based at RAF Martlesham Heath he under took 75 combat mission during which he gained four confirmed aerial victories and one enemy aircraft destroyed on the ground. He was also credited with two half shares confirming his “Ace” status according to the criteria used by the USAAF. 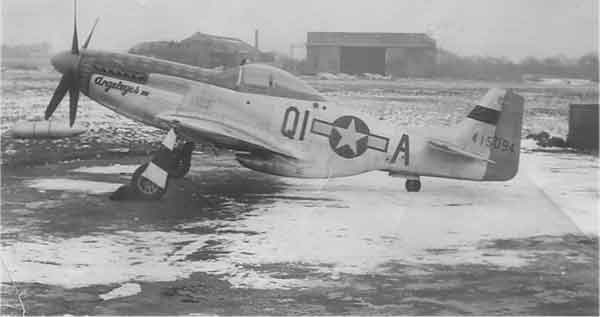 This canopy came from Wiggins third aircraft a P-51D-15-NA
Mustang, 44-15094 named Angel Eyes III.
His two previous two aircraft, P-47s, had been destroyed while being
flown by other pilots, both of whom survived.
The ‘tingle down the spine’ moment came when Martin was reviewing the
dates of Wiggins victories. His first
claim using Angel Eyes III had been on 25 November 1944. 71 years to the day that the history of this Mustang
canopy had been rediscovered.

I have conducted further research online and I have managed to locate gun camera footage from Lt Wiggins P-47 Thunderbolt in August 1944, a combat report written by Lt Wiggins on the day following his first combat victory in Angel Eyes III, claiming a Focke Wulf Fw 190. From the same online source is a combat report by his wingman on that day 2Lt Rex Burden. Burden would become Angel Eyes III’s pilot when Wiggins left the squadron renaming the aircraft “The Strat O Liner”.

A post on the Martlesham Heath Aviation society guest book from 2003 by his daughter tells us that sadly Howard Wiggins died at the young age of 38, two months before his daughter was born. I am currently endeavouring to contact his son who had supplied the Little Friends website with many images of his father and his aircraft.

I joined the RAF Museum in 1997 as Assistant Curator of Aircraft & Exhibits at Hendon and became the Curator of the Reserve Collection at Stafford at the end of 1999. I relish the opportunities the Reserve Collection offers to interact and learn about the eclectic mix of artefacts the Museum holds. From uniforms to ordnance, aircraft systems to catering equipment, you never know where the collection will take your interests next.