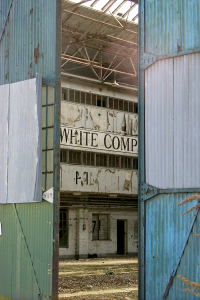 I will never forget my first trip to the Claude Grahame-White Factory, I was so excited to become Blogger in Residence for the First World War in the Air exhibition. My first glimpse of the factory was really as it should be: full of people working; hard hats; fluorescent jackets; planes being moved into position; tools and work gear strewn across the space. I remember vividly how they opened up the doors to the hanger and instantly it reminded me I was in an original aircraft factory. The people working around me a faint echo of the hundreds of people who worked for the entrepreneur airman Claude Grahame-White all those years ago. 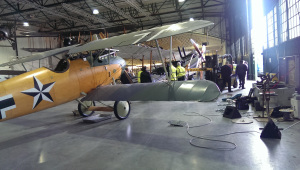 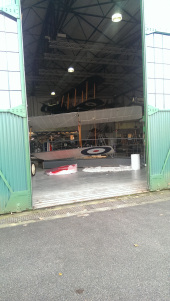 I don’t know if buildings have a soul, if you get a sense of their history from walking their floors, touching door handles and running your hand up a banister. But there was an atmosphere, a sense of history, the aeroplanes didn’t feel out of place here, they weren’t a relic of a bygone era. It didn’t feel like a sterile museum exhibition, a dusty forgotten time. You could believe they were being readied to go out and fly, perhaps to entertain the crowds at Hendon as they did in 1911, those exciting early aviation years before the First World War. Or part of a vast factory line assemblage, the rush to meet demand for new war machines and reconnaissance weapons. 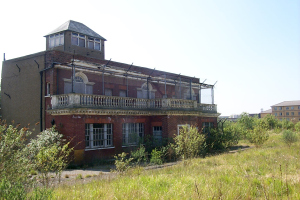 It wasn’t till later, when I was in the archives and talking to staff that I found out the Claude Grahame-White office and watchtower had been moved brick by brick to a new destination. Much of the original Hendon Aerodrome has been given over to development, new flats and housing. Suddenly I questioned everything I looked at, how could I get this feeling from bricks and mortar that had been dismantled, moved and put back together all over again. 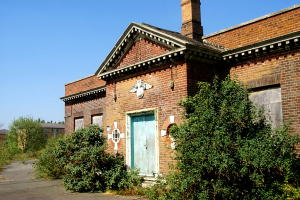 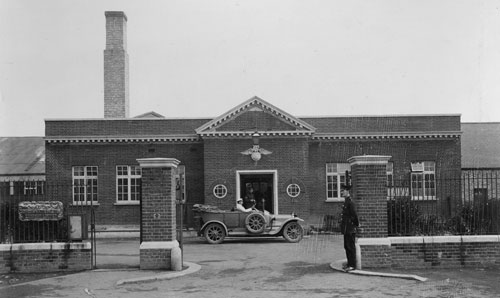 Standing in Claude Grahame-White’s office, seeing the painstaking reconstruction from a photograph, you begin to get a sense of how important this exhibition and this story really is. When I look at the sad pictures of neglect, the broken windows, weeds growing and the peeling paint, you realise how easily this story could have been lost. There was a fantastic BBC story on forgotten RAF bases in June 2015, when you look at those pictures you can see how easily that could have happened here. It makes the First World War in the Air exhibition even more remarkable and even more important. 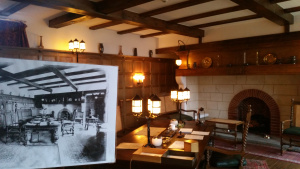 Is a building special? Do you need to know the history and see the pictures to understand its true importance? The First World War in the Air exhibition felt special to me from the first moment. When I found out the true history it made me question my feelings, look even harder and think even more about our past. I have spent ages looking at the picture of women working in the drawing office during the First World War only to look up and see that same roof above my head and imagine their daily lives, their working world, their hopes and fears. 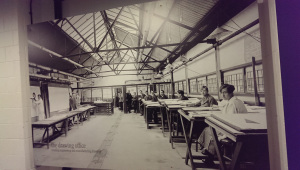 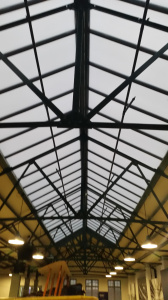 For me the very best parts of the building are not the large spaces and public places, I love the quieter, unremarkable corners, my favourite parts are the stairwell and, believe it or not, the toilets. When I am in these spaces I can imagine a worker just ahead of me, their hand touching the same places as mine, they glimpse out of the window at the passing day. I hear the ghost of a voice just behind me, a quick look in the mirror to check her hair, a straightening of a skirt. The building is a living breathing history and you can feel those lives all around you. 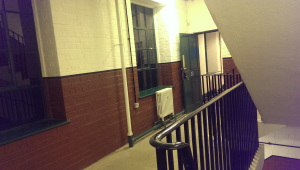 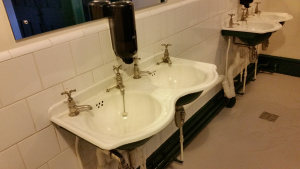 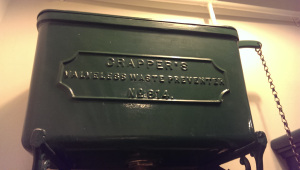 The First World War in the Air exhibition won a National Lottery Award for a story that was very nearly lost, a story of early aviators, of the First World War and the role of cutting edge aircraft and human bravery. But ultimately it is a story of hundreds and hundreds of ordinary men and women who worked in the factories here, who built aircraft, lived their lives and left their memories behind for us to cherish. 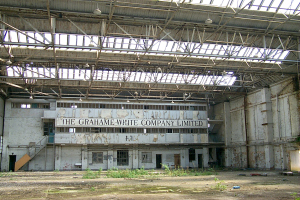 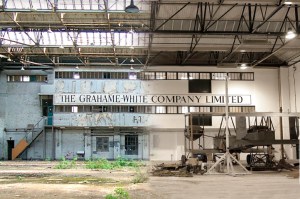 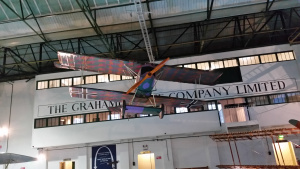 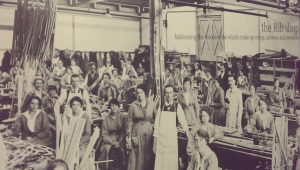 Our First World War in the Air exhibition is supported by the Heritage Lottery Fund and the BAE Systems.