The Forgotten Father of the Royal Air Force

For someone who played such a significant role in shaping the Royal Flying Corps, and hence the Royal Air Force, David Henderson appears somewhat overlooked by history. There is limited biographical information about him, but he receives numerous mentions from several contemporaries in their biographies and memoirs. Here I attempt to sketch out something of his life.

Henderson’s early years did not suggest the course he would eventually take: he was born into a fairly affluent family where his father was a joint owner of a Clydeside ship building business, David and William Henderson & Company. The younger David entered Glasgow University at the age of fifteen, to read engineering – presumably in preparation for a role in the family business. In his fourth year he was reading civil engineering, mechanics, office and field work, but left university without graduating.

Almost directly, Henderson entered the Royal Military College from where he was commissioned into the British Army in August 1882, joining the 1st Battalion Argyll and Sutherland Highlanders the following year. In 1884-1885 Henderson took part in the Nile Expedition as ADC to General Wolseley, in what proved an unsuccessful attempt to relieve the besieged city of Khartoum. (Khartoum had become the refuge for General Gordon’s forces following his failed campaign to rid Sudan of the Mahdi Muhammad Ahmad) 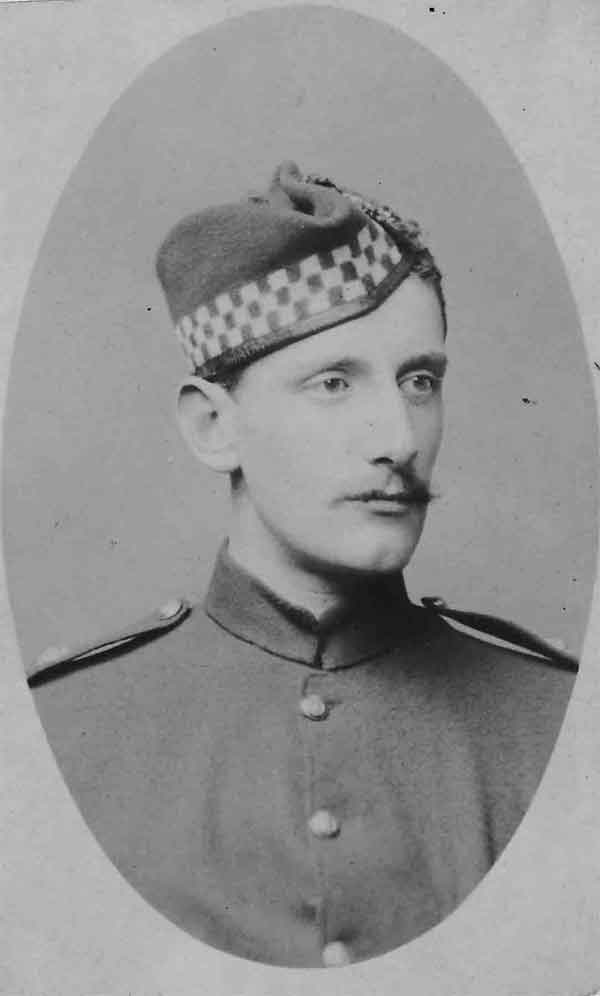 Henderson was serving as an intelligence officer in South Africa during the Boer War when he was besieged at (November 1899 – February 1900) here he was wounded whilst leading an assault on enemy guns: this episode earned him a Mention in Despatches and promotion to Lieutenant-Colonel. About a year later he was appointed Director of Intelligence under Field Marshal Kitchener, a post he held until 1902 at which time he was awarded the DSO. In the following years Henderson wrote two military handbooks, Field Intelligence: Its Principles and Practice (1904), and The Art of Reconnaissance (1907). These volumes earned Henderson his reputation as the Army’s authority on tactical intelligence. Subsequently Henderson undertook Staff Officer duties to the C-in-C Mediterranean and the Inspector-General of Forces, adding to his already impressive record. 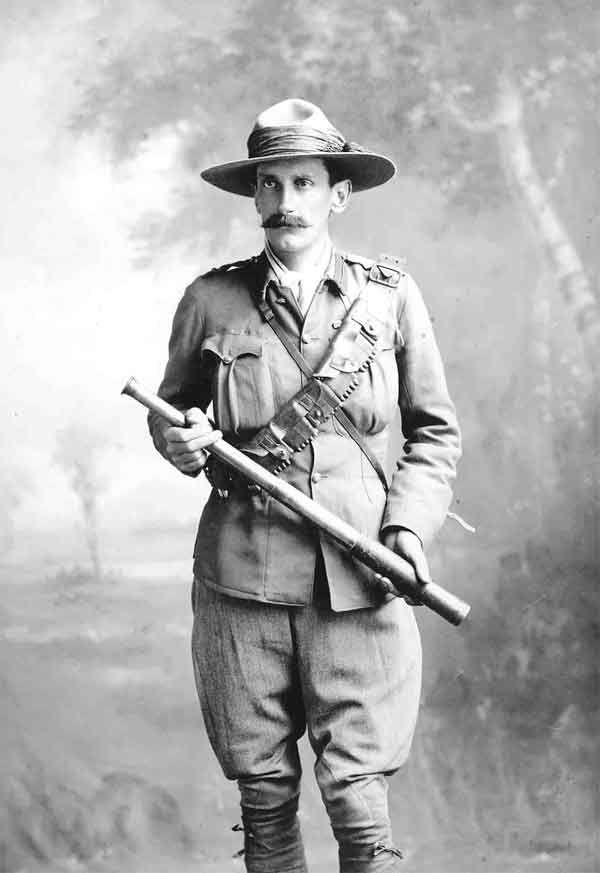 In 1911 Henderson was being troubled by wounds he had received during the Boer War and he underwent an operation to remove some shrapnel, while recuperating in Harrogate he had a chance meeting with a pilot who was competing in the round Britain air race, with whom he had a long talk, this chance meeting opened Henderson’s mind to the opportunities that aeroplanes could offer the military; on his return to London he quickly enrolled as a student at the Bristol Flying School at Brooklands, so as to avoid special favours he enrolled under the pseudonym of Henry Davidson, he promptly passed and was awarded RAeC Certificate 118 on 17th August, aged 49, making him the oldest pilot in Great Britain. His enthusiasm for flying was to prove important in the following years. 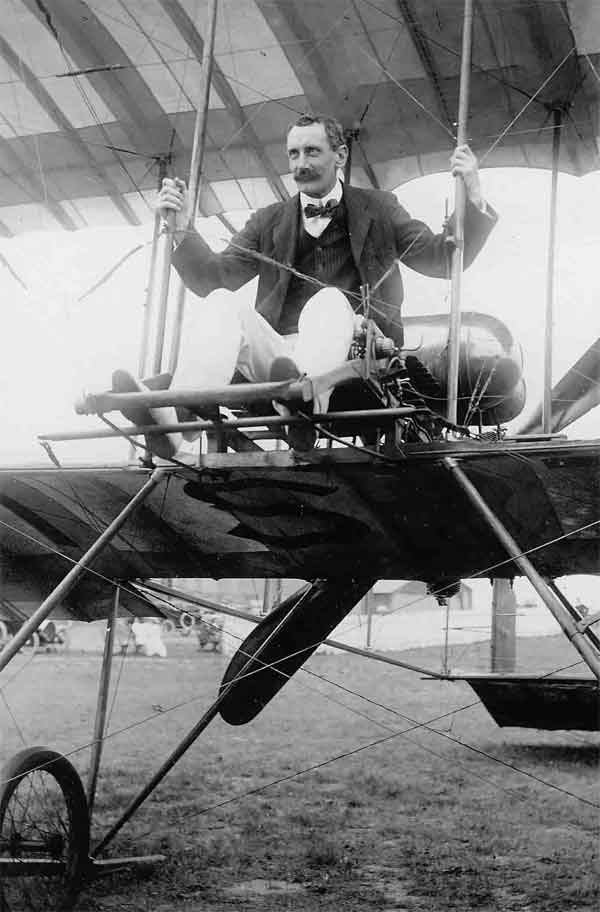 The British government had in the first decade of the twentieth century shown a remarked indifference toward aviation, but in response to developments in aviation in France and Germany and pressure from the press the government asked the Committee of Imperial Defence to examine Britain’s military aviation capabilities and to consider the establishment of an aviation service. A technical sub-committee was appointed in December to examine and report on the matter. The chairman of the committee was Col J Seely but the actual work was conducted by three officers Brig Gen David Henderson, Captain Frederick Sykes (another pioneer aviator) and the Director of Military Training Maj-General Duncan MacInnes. Henderson was recommended to Col Seely by Sir John French saying of him

‘Without doubt David Henderson – for two reasons, the first that he has learned to fly, a very rare thing nowadays- and I suppose an air sense to an airman is important as sea sense to a seaman- secondly, he is a faithful man. He will not fail you in a tight corner’.

The report was completed in February 1912 advocating the formation of a dedicated air corps, it was approved by the Committee of Imperial Defence at the end of April, and the Royal Warrant forming the corps was signed by King George V on 13th May 1912.
Henderson briefly returned to his work as a staff officer, in July he was appointed Director of Military Training which also oversaw the new aeronautics branch. Henderson’s background in reconnaissance and his open minded attitude to aircraft ensured that the new service was nurtured. In September 1913 a newly created department for military aviation was created and Henderson was appointed as its first leader in the role of Director General of Military Aviation in this role he was responsible for all aspects of military aviation including aircraft procurement that had previously been the domain of the Master-General of the Ordnance.

Despite meagre budgets and continuing opposition from various diehards the search for, and development of, suitable aircraft got underway. Henderson’s initial objectives were founded in his knowledge of tactical reconnaissance: he fully recognised the value of providing information about enemy troop positions to land-based forces.

In 1914, in addition to his role as Director of Military Aeronautics, Henderson took command of the Royal Flying Corps in France. Although he made frequent journeys between France and England it was not possible to carry out both jobs effectively, and his absences in France allowed some parties to undermine his directorial authority in England. In August 1915 Henderson handed command of the RFC in the field to Brigadier-General Hugh Trenchard. This allowed Henderson to resume his fight for the RFC’s autonomy, and limit the damage caused by rival demands for resources from the Royal Naval Air Service. 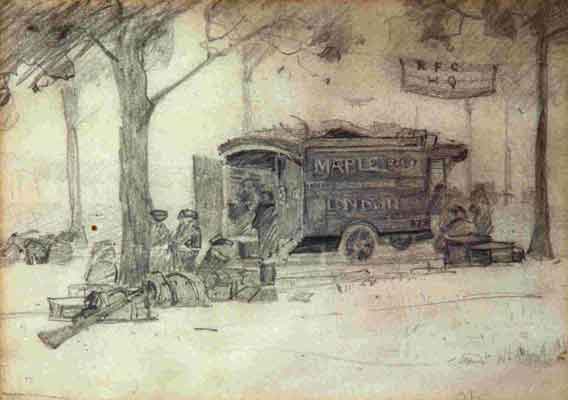 In June 1917 the first of the day light bombing raids on London was made coupled with revolution in Russia, mutinies in the French Army and heavy losses incurred by U-boats on merchant vessels supplying Britain the new government under David Lloyd George were worried that the tide of the war may be flowing against them. A South African politician Jan Christian Smuts was appointed to investigate and report on the state of Britain’s air defences, the Air Board and the dual air forces of the RFC and RNAS and to make recommendations for improvements. It was obvious that Smuts would seek the advice of those most experienced in air power for help, one of who was Henderson. Henderson had already sent his thoughts to Smuts, when he wrote

It is difficult to indicate any method of overcoming the present illogical situation of divided responsibility in aeronautics, except by the formation of a complete united service dealing with all operations in the air, and with all the accessory services which that expression implies. A department would have to be formed on the general lines of the Admiralty and the War Office, with a full staff, and with a full responsibility for war in the air.

The Smuts report was largely accepted by the government in which a single unified air force was advocated along with an air ministry to organise it. Henderson left his post in August 1917 as DGMA to concentrate on the work of the Air Organisation Committee, helping Smuts draft the Air Force (Constitution) Act 1917. The act was placed before parliament in November and passed without opposition, receiving Royal assent on 29 November. The Air Ministry and Air Council came into being in January 1918, the RAF being established in April 1918 with the amalgamation of the RFC and RNAS. 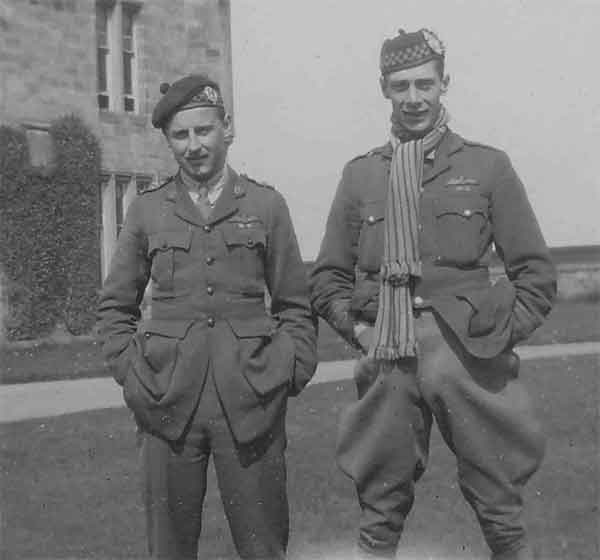 Henderson suffered a personal tragedy shortly after when in June his only son, Ian, was killed in a flying accident at Turnberry, the death affected him greatly. In August he was appointed Area Commandant, British Forces in France a post he held until October, when he was made Military Counsellor at the British embassy in Paris serving on the Peace negotiations, when his work had finished in Paris he moved to Geneva to take up the post of Director-General at the newly created League of Red Cross Societies, he relished the new post where he sought to bring unity of purpose and direction to the old International Committee of the Red Cross, with his diplomacy, tact and administrative skills Henderson succeeded in so doing and received much acclaim for his efforts, it was thought that Henderson would occupy this role until his retirement, however less than a week after his 59th birthday, in August 1921 and ten years to the day on which he qualified as a pilot, he died. Many felt that the stress of the war years had taken its toll, his passing did not go unnoticed, the Times said that he was ‘The maker of the RAF’ the editor of the aeroplane Charles Grey an often fierce critic of Henderson’s, wrote of him

There will ever remain as a memorial to Sir David Henderson the fact that it was he who among General Officers realised the vital importance of Military Aviation, and took steps to set up a separate corps to develop the new arm. Whether as a third service or as branches of the senior service, British ai power will always owe its first debt of gratitude to him. As an adversary he was to be respected and feared, as a man he was to be respected and admired.

Henderson’s ashes were scattered at Girvan cemetery in Ayrshire where his son was buried, he was given a Commonwealth War graves headstone being deemed as to have died due to the effects of the war. 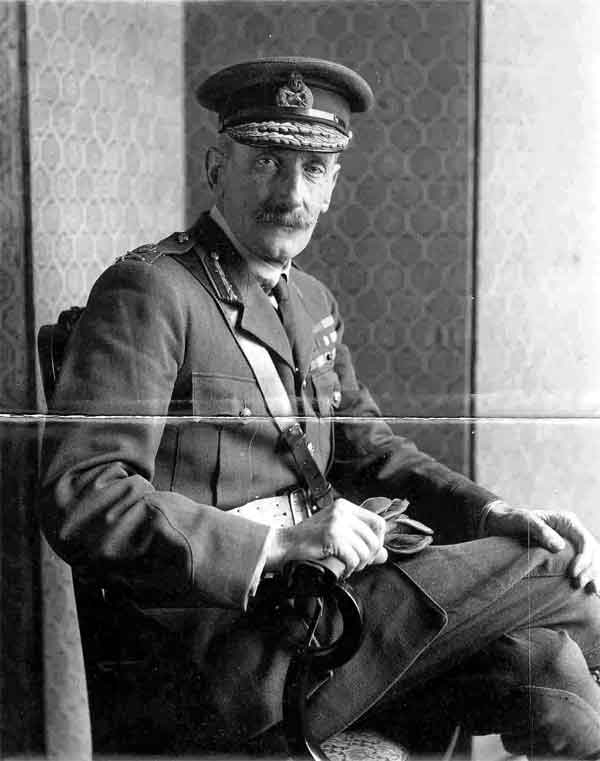 In the course of Henderson’s career as a ‘flier, it seems that his star often flared and faded: this brief account of his military life omits many of his ups and downs. In the memoirs of some of his contemporaries there are suggestions that he was ruthlessly ambitious, and abrupt and incommunicative. At times he upset both the military establishment and Government officers; nonetheless he was instrumental in defining the shape of an air force that has remained largely unchanged for almost a century.

The Museum has a large collection of papers and artefacts that belonged to both David and Ian Henderson. 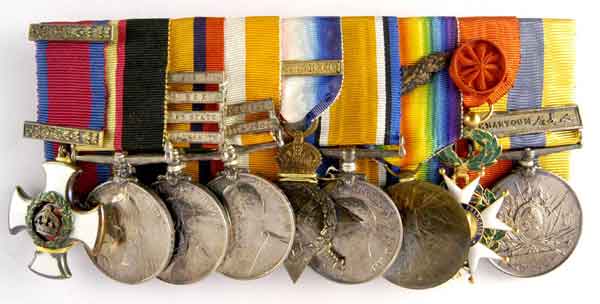 George Mason began work as an apprentice in Smiths Industries (when they made instruments for cockpits, rather than avionics for flight decks), followed by jobs in Sainsbury’s and Homebase. In retirement, between 2008 and 2013, I served as co-editor of Flying M, the newsletter of the Museum’s Society of Friends. Subsequently joined the Volunteer’s vehicle team and have been happily tinkering ever since.