The RAF and China: A Forgotten Alliance. Part 3

China and the RAF: A Shared Heritage

Throughout its 100 years, the Royal Air Force has fought battles, explored new worlds and connected people across the globe. It should come as no surprise that the Royal Air Force also has a connection with China, the world’s most populated and its fourth biggest country. This is the third and final blog post which will explore and unravel a shared heritage between the RAF and China.

In the previous two parts, I introduced brave Chinese pilots, such as Clifford Louie, who flew the British Gloster Gladiator against Japanese attackers. I also explained how Allied transport aircraft had to cross the treacherous Himalayan ‘Hump’ to supply China, while Chinese and British forces fought side by side in Burma to repel the Japanese invaders. In this final blog post, I will reveal the long-forgotten story of a RAF station in China.

The RAF in China.

While the RAF protected the route over the ‘Hump’ from the Indian side, American and Chinese fighter pilots took on the protection on the Chinese side. However, even on the latter side, the RAF had a role to play, albeit a rather anecdotal one.

This is the unlikely story of a RAF fighter pilot, who came from Poland, flew in the Battle of Britain, but ended up in China. His name is Witold Urbanowicz. Already a pilot with the Polish Air Force, he was forced to escape when his country was taken over. Undiscouraged, he joined the RAF, became one of the top Aces during the Battle of Britain with 15 confirmed kills and received the Distinguished Flying Cross. Later in the war, he was assigned to the Polish Embassy in the United States.

Like most airmen, he disliked his desk job and in September 1943 succeeded in a brief attachment to the American 75th Fighter Squadron in China. This squadron was often referred to as a ‘Flying Tigers’ squadron. The ‘Flying Tigers’ were originally all-volunteer American fighter unit, flying Curtiss P-40 aircraft with painted shark faces. In fact, they had adopted this iconic look after they had seen an image of No. 112 RAF Squadron, flying the P-40 or, as the RAF called it, the Kittyhawk. A beautiful example can be seen at the RAF Museum London, painted in the original No. 112 Squadron colours, clearly showing the unit’s shark teeth.

Thousands of Chinese Army soldiers were trained in British India and later served with the X Force. The RAF trained Chinese air and ground crew, taking several of them to different corners of the British Empire. For instance, the No. 5 Middle East Torpedo School, based in Shallufa, Egypt, held several Chinese aircrew. It is confusing what the purpose could have been as the Chinese Air Force had little use for torpedo bombers. Unfortunately, our only source are some photographs kept at the RAF Museum’s Archives. Probably, other records of the No.5 METS have long been discarded. Toward the end of the war, a familiar Chinese fighter pilot reappears in British India: Clifford Louie was sent to Karachi as an instructor to Allied pilots. 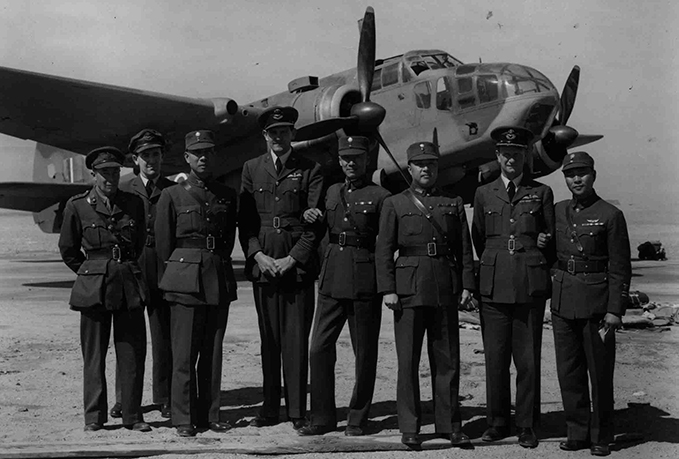 More surprisingly is the existence of an RAF station in China itself. A short note in the official ‘Location of Units’ book reveals there were two RAF stations. One was in Kunming, which was the main airfield for the delivery of supplies. My previous blog post explained how RAF squadrons such as No. 31 and No. 357 Squadron were regularly flying to Kunming. The ‘Location of Units’ book shows there was an AMES unit stationed at Kunming. The AMES acronym stood for Air Ministry Experimental Station, which was a cover name for radar stations. Such radar would have been essential is dealing with air traffic flying into China, but also providing warning for any enemy incursions. The second RAF station, RAF Chengtu, also held an AMES, but was much more than that.

Chengtu is now known as Chengdu, one of the largest cities in China. It is here that the RAF created the RAF in China mission with the addition of a Staging Post, which provided servicing and refuelling for Dakota and Liberator transport aircraft. It was also at RAF Chengtu that the RAF Training Mission China was based. Under the leadership and personal tutelage of Air Vice-Marshal Lawrence A Pattinson, Chinese officers were trained according to British Staff College requirements. Lectures were given on topics such as staff duties, strategy and tactics, army co-operation, air intelligence and bombing methods. 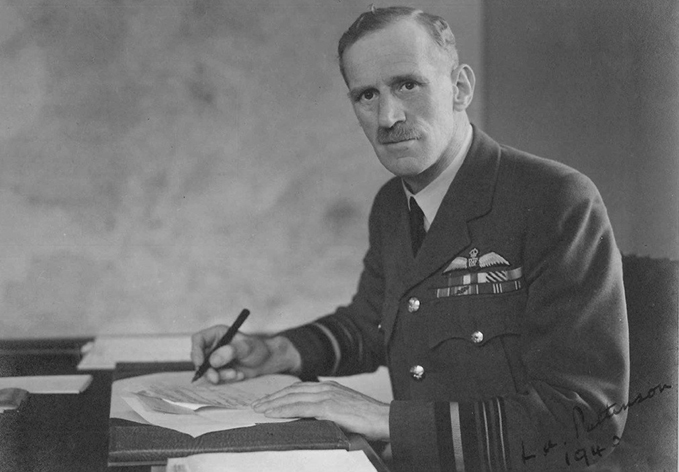 The RAF Museum London’s Archives hold original course material, essays written by Chinese officers, as well as their critical assessments by the RAF tutors. Also held at the Archives is personnel correspondence between British and Chinese officers. Almost 75 years after the war, they reveal a close and often personal collaboration between two Allied countries. It is even more extraordinary to have such rare documents, as much has been lost in China itself. 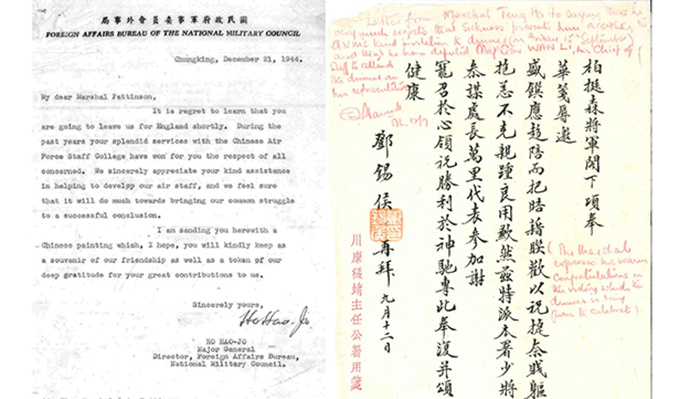 Indeed, the capitulation of Japan in August 1945 also meant the resumption of an all-consuming struggle between the Nationalist and the Communist Party in China. In 1949, the latter took control of mainland China and on 11 November established the People’s Liberation Army Air Force. At that time, the PLAAF only had few aircraft, most of which had been taken over from the defeated Nationalist Air Force. Five of these were de Havilland Mosquito bombers, arguably the RAF’s finest aircraft of the Second World War. Chinese pilots, training to fly the Mosquito, called it Lin Daiyu after a female character of a classic Chinese novel. It was argued that like Lin Daiyu, the Mosquito was beautiful yet delicate. 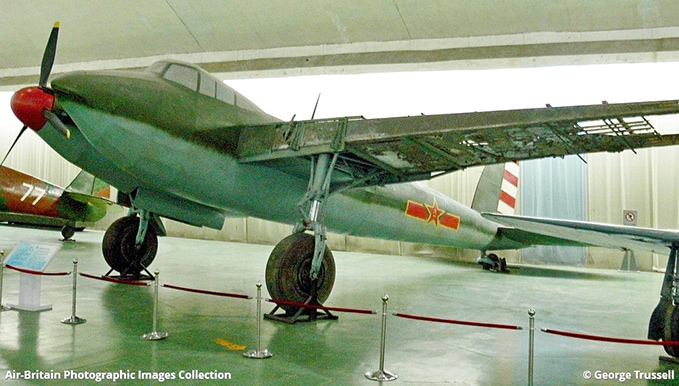 The use of the last Mosquitoes concludes the use of British aircraft in China. We do not know what happened to the officers trained by the RAF and the crews who flew in and worked on these British aircraft. We know that many escaped to Taiwan, but some must have stayed in China and assisted in rebuilding the Chinese Air Force, possibly transferring the lessons learned from the RAF Training Mission in China.

In any case, China and the United Kingdom have a shared heritage. Both countries were terror bombed with great loss of civilian life, although brave airmen fought heroic battles to stop it. Although both countries are thousands of miles apart, this part of their history they share.