The RAF and China: A Forgotten Alliance. Part 1

China and the RAF: a shared heritage

Throughout its 100 years, the Royal Air Force has fought battles, explored new worlds and connected people across the globe. It should come as no surprise that the Royal Air Force also has a connection with China, the world’s most populated and fourth biggest country. This is the first of three blog posts which will explore and unravel a shared heritage between the RAF and China. 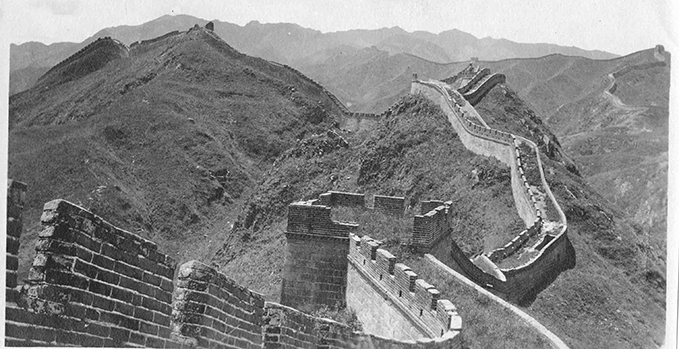 In 1911, the country had seen a revolutionary uprising which ended 2,000 years of dynastic rule. The newly founded Republic of China was quickly torn apart between shifting coalitions of competing provincial military leaders. Some local warlords even had their own air forces. For instance, the Fengtian Clique operated the Caudron G3, an aircraft predating the First World War. Undoubtedly obsolete, it was still in service in 1931 when Japan invaded Manchuria, the Northeast of China. The RAF Museum London has an original Caudron G3 on display in its First World War in the Air exhibition in Hangar 2. 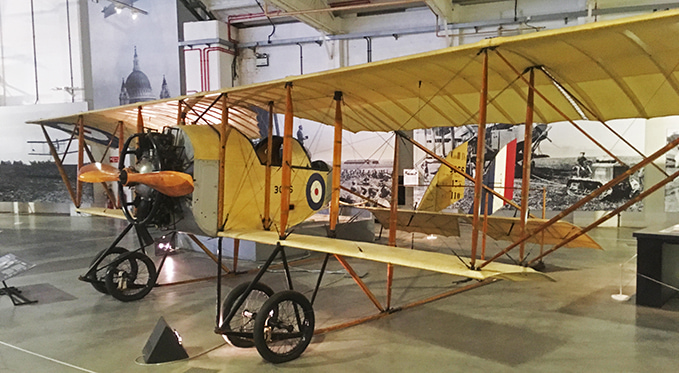 Shortly before the Manchurian invasion, China had reunited under the Kuomintang, the Chinese Nationalist Party. This also led to a united Nationalist Chinese Air Force with several of its aircraft coming from Britain, such as the Armstrong Whitworth Atlas II, Westland Wapiti VIII, de Havilland DH.60 Moth, Armstrong Whitworth AW.XVI and the Gloster Gladiator Mk I.

In 1937 when war broke out between the Japanese Empire and Nationalist China, the Gloster Gladiator was the most modern fighter aircraft in the Royal Air Force. The Gladiator was very manoeuvrable, as were most biplanes. It had four machine guns and an enclosed cockpit, both of which were a first for an RAF fighter aircraft. However, compared to the later Hurricane or Spitfire, it was still a biplane and had a fixed landing gear, both of which limited its maximum speed.

36 Gladiators were delivered to the Nationalist Chinese Air Force. They soon proved to be a match for the Japanese fighter aircraft. Captain John ‘Buffalo’ Wong Sun-Shui had already two kills to his name when in February 1938, his unit was the first to convert to the Gloster Gladiator. Its first action led to instant success, when ‘Buffalo’ Wong managed to shoot down not one, but two Mitsubishi A5M ‘Claudes’, the best fighter aircraft available to the Japanese forces.

The next major fight took place on 13 April 1938, when a unit of Aichi D1A ‘Susie’ dive bombers with a strong fighter escort was intercepted by two formations of Gladiators. The first was led by ‘Buffalo’ Wong, who immediately shot down a ‘Susie’. In the ensuing dogfight, he managed to down two Japanese fighters, but his Gladiator received several hits, forcing an injured Wong to bail out. The second formation was led by Clifford Louie Yim-Qun, who also shot down a ‘Susie’ and forced another to crash land.

On 16 June 1938, the Gladiators were scrambled to intercept a formation of modern Mitsubishi G3M ’Nell’ bombers, the same type which was involved in the dramatic sinking of HMS Prince of Wales and HMS Repulse near the Malayan coast in December 1941. Wong employed a difficult manoeuvre in which he attacked the bomber from below, hitting it in its unprotected belly. The ‘Nell’ exploded in mid-air, damaging Wong’s Gladiator. Meanwhile, another ‘Nell’ was taken out by another excellent pilot, who would soon become an ace, Arthur Tien Chin.

In August 1938, Arthur Chin was attacked by three ‘Claude’ fighter aircraft. Unable to shake the faster ‘Claudes’ off, he deliberately rammed one of them, sending both aircraft tumbling toward the ground. Arthur was able to bail out and parachute to safety. He returned to headquarters carrying a machine gun salvaged from his Gladiator and promptly asked if he could get ‘an aircraft to go with the machine gun’. During another dogfight in December 1939, his Gladiator was hit in the fuel tank and caught fire.

However, he stayed inside the aircraft until he was back over Chinese lines and could bail out. While recovering from his wounds at his home and nursed by his wife Eva, a Japanese air raid took place. Knowing that Arthur was immobile, Eva threw her body over him when a bomb hit the house, killing her instantly. There was nothing Arthur could do, but to hold on to her… 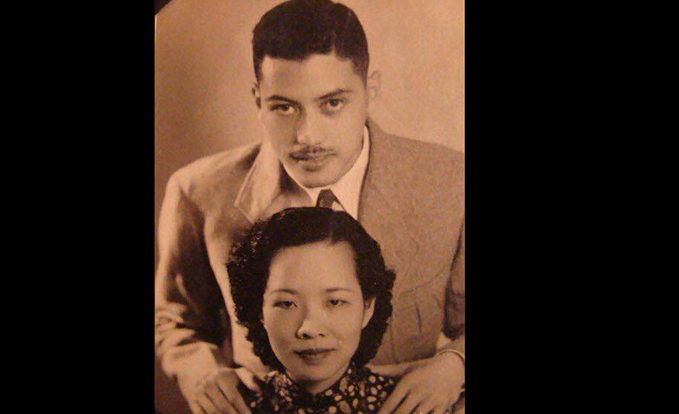 The war between China and Japan would rage on for another six years, but Britain and the RAF were soon to play a pivotal role in the fight against Japan. More about this in our second ‘China and the RAF’ blog post: the ‘Hump’.